The drive from Quebec City to Montreal is less than 3 hours. We stopped about 30 minutes from downtown at Camping Aloutte.

That day we biked along a canal to Old Town Montreal (Vieux Port). It was very active and similar to Old Quebec. 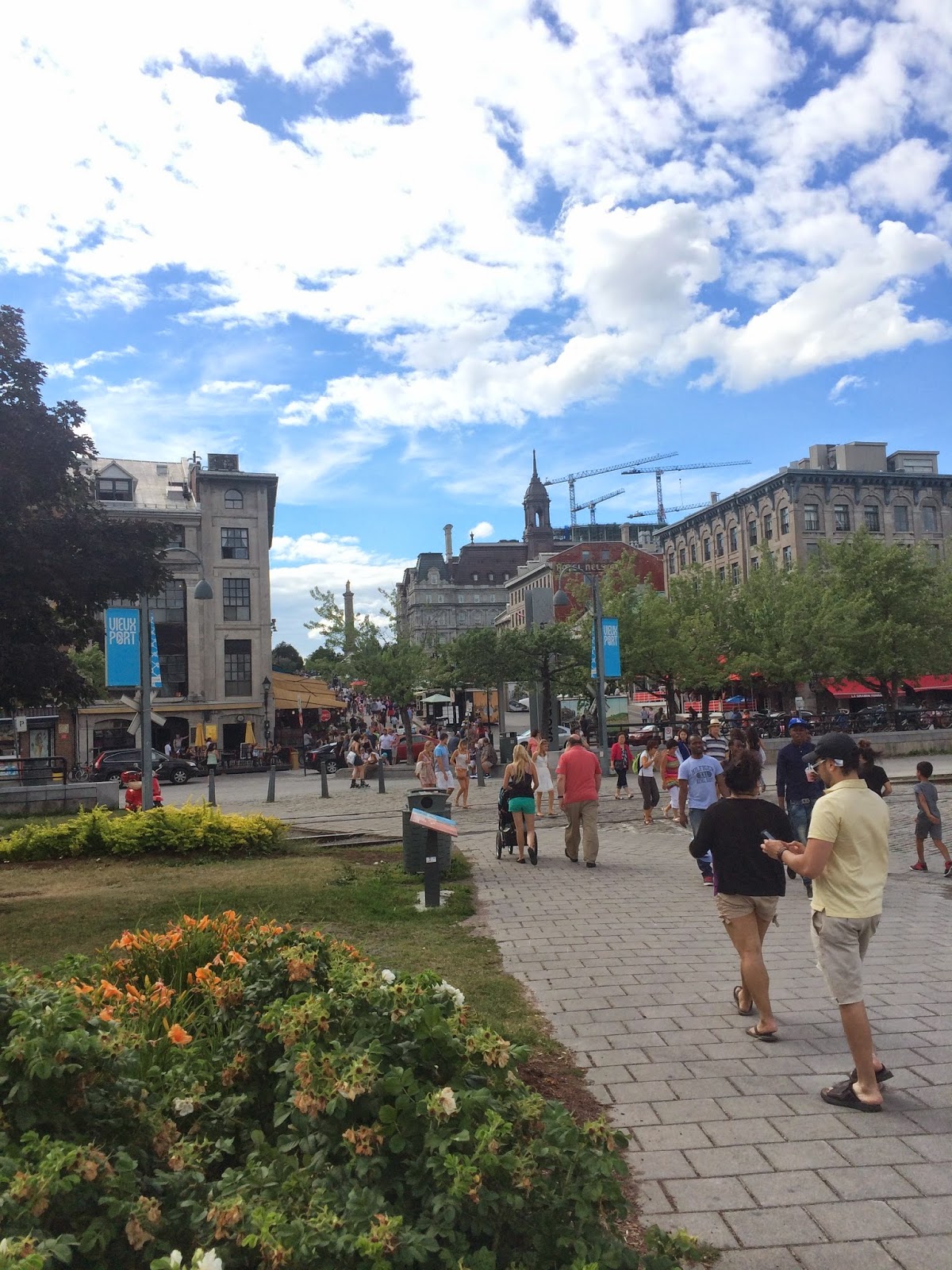 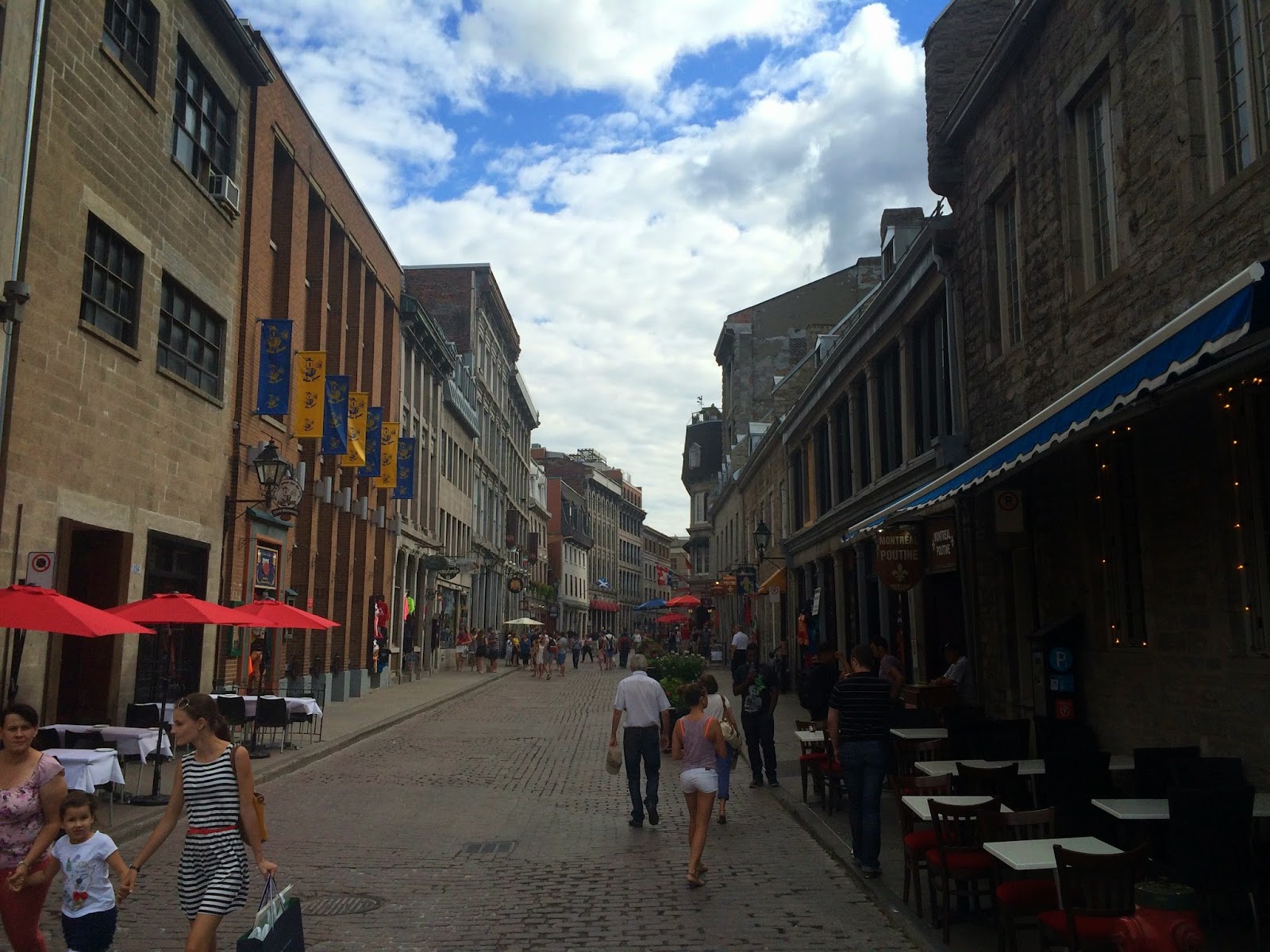 After school the next day we attempted to bike into a small town on our side of the river.  It turned out to be too busy for the kids so we headed back up hwy 20 to a park we'd seen while coming from Quebec City.  It was Parc Les Salines and had a great set of bike specific paths.  That evening we took advantage of the pool at our park and experimented making sweet potato dumplings.  They are different - much lighter and sweeter than Grandma Larson's potato dumplings (and are not photogenic).

Mix until consistency of mud.  Boil water with ham bone, carrots, and if needed chicken stock.  Spoon out dumplings and cook until they float + 5 minutes. Serve with butter (and maybe brown sugar) Parc Les Salines had other assets that brought us back the next day - Internet that worked and an amazing archery range with 15 stations of 3D targets for Daddy and JAK! 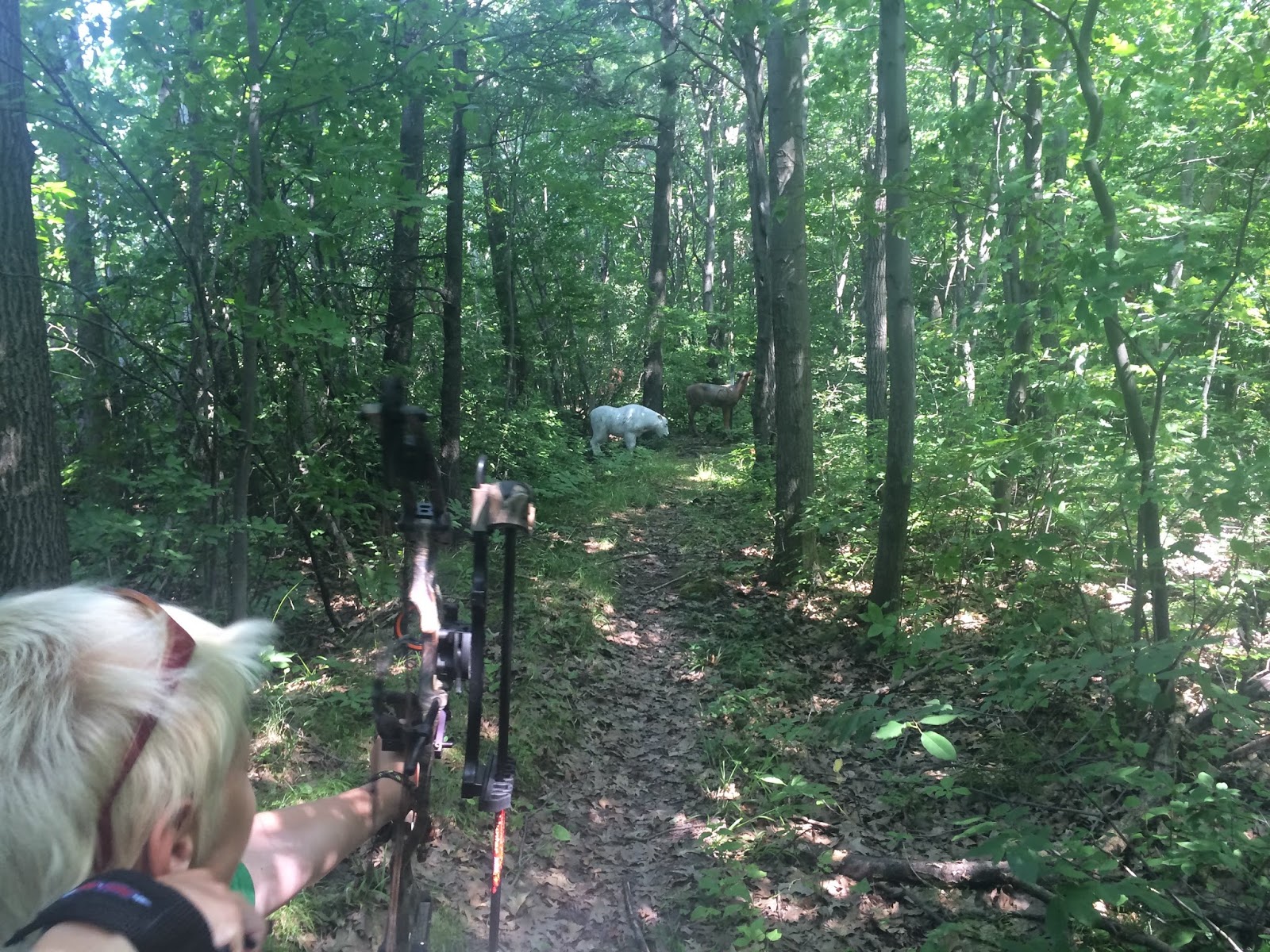 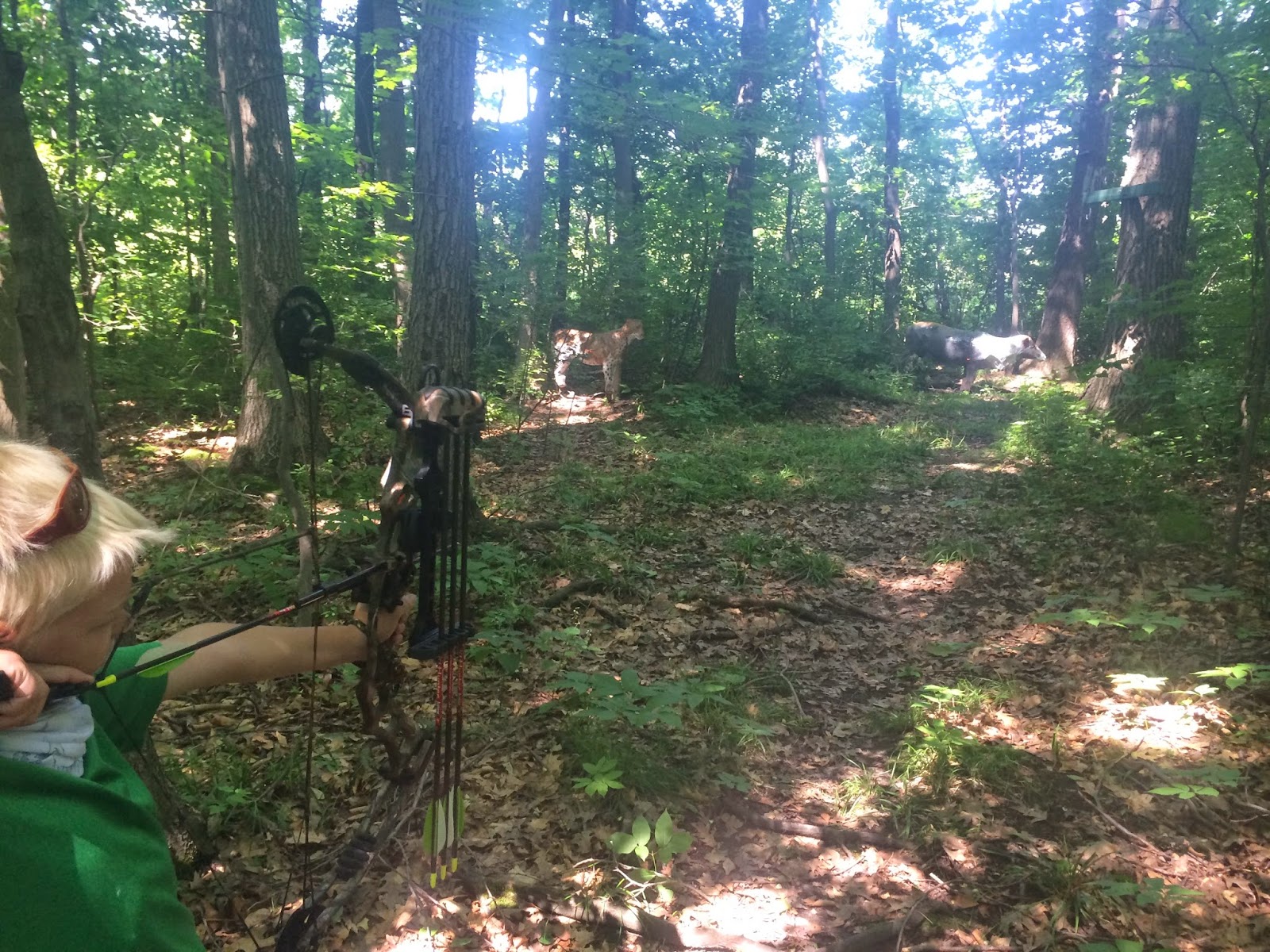 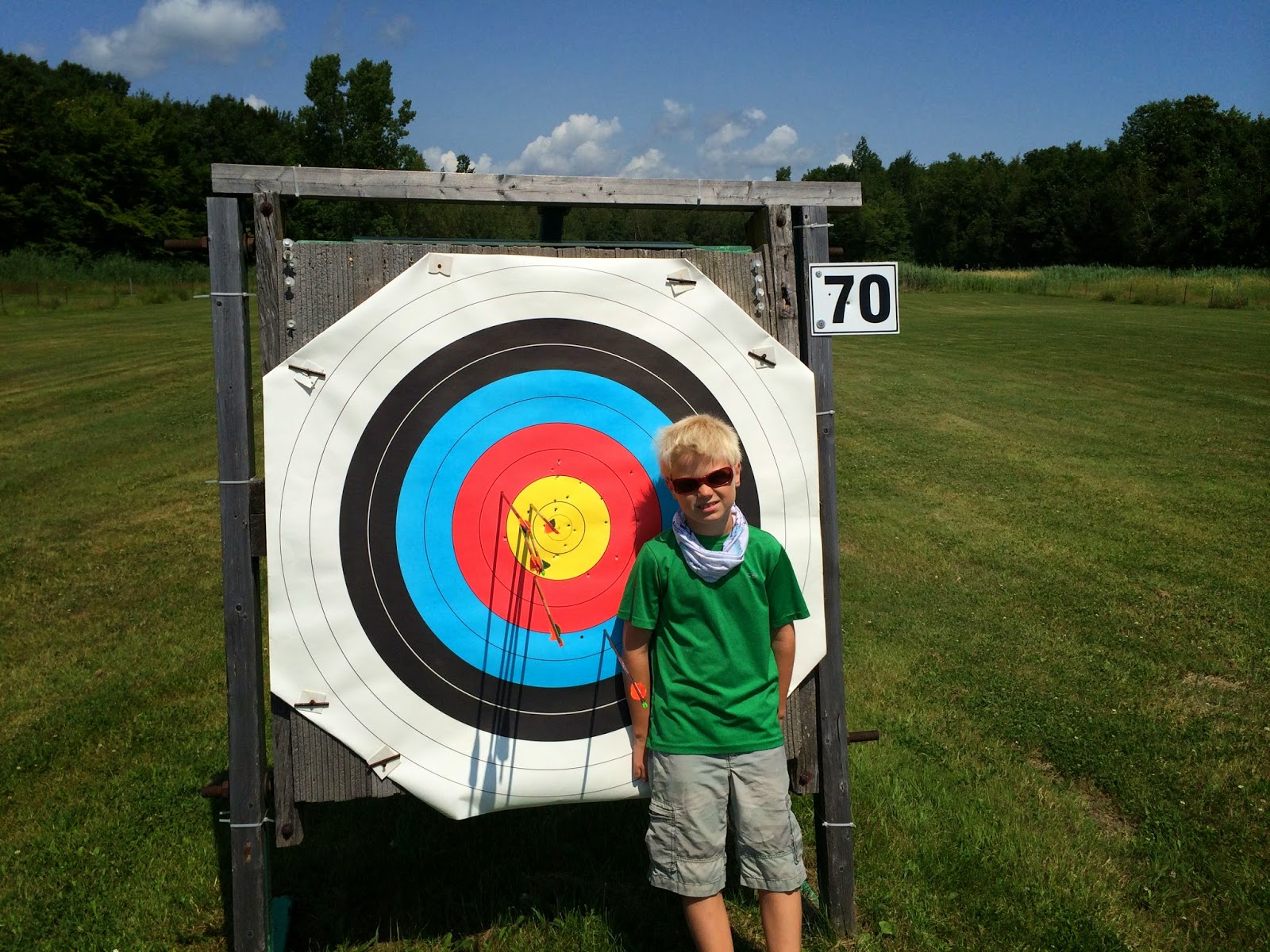 That evening Katie decided it was time to try and pull a front tooth. 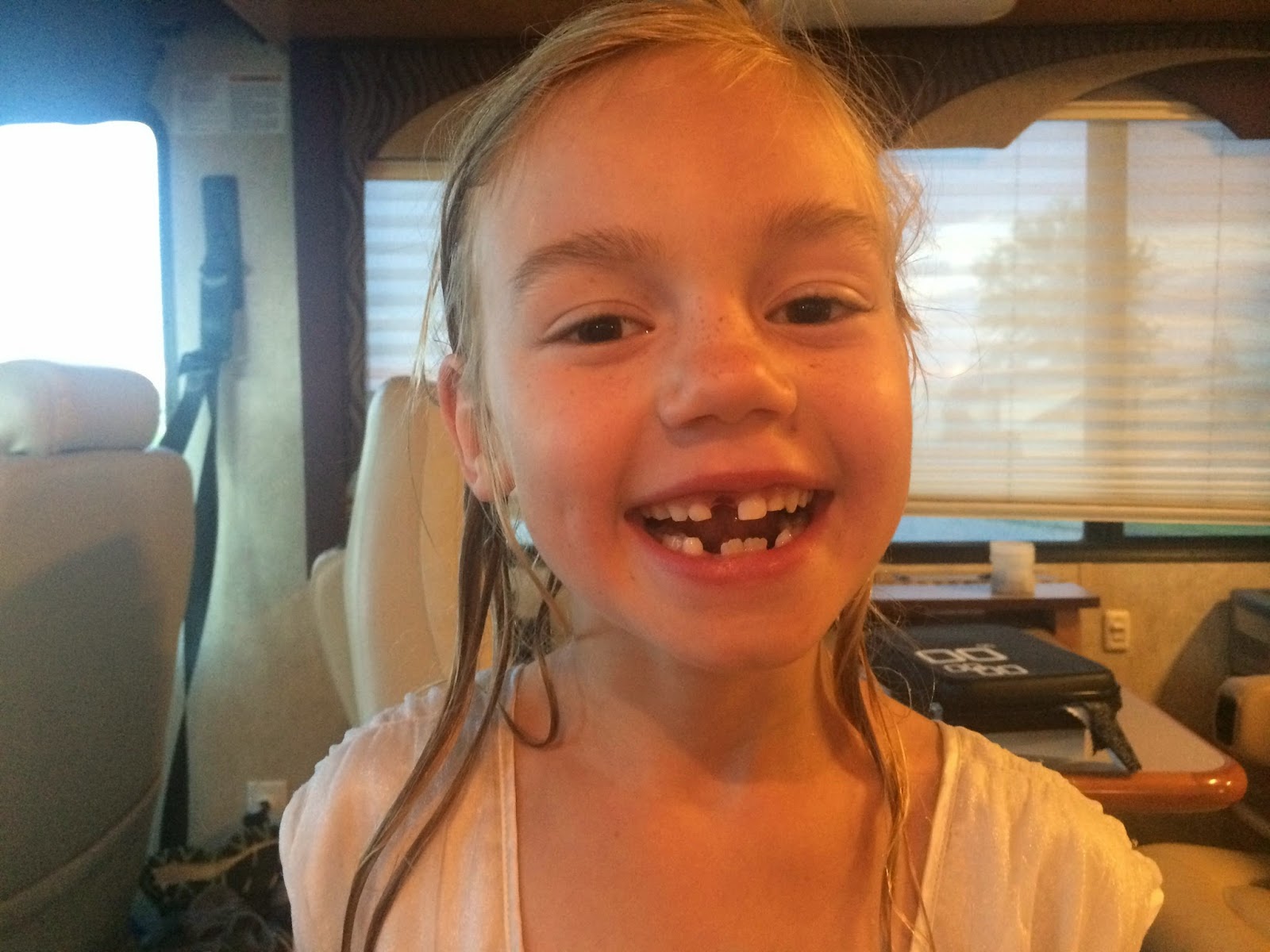 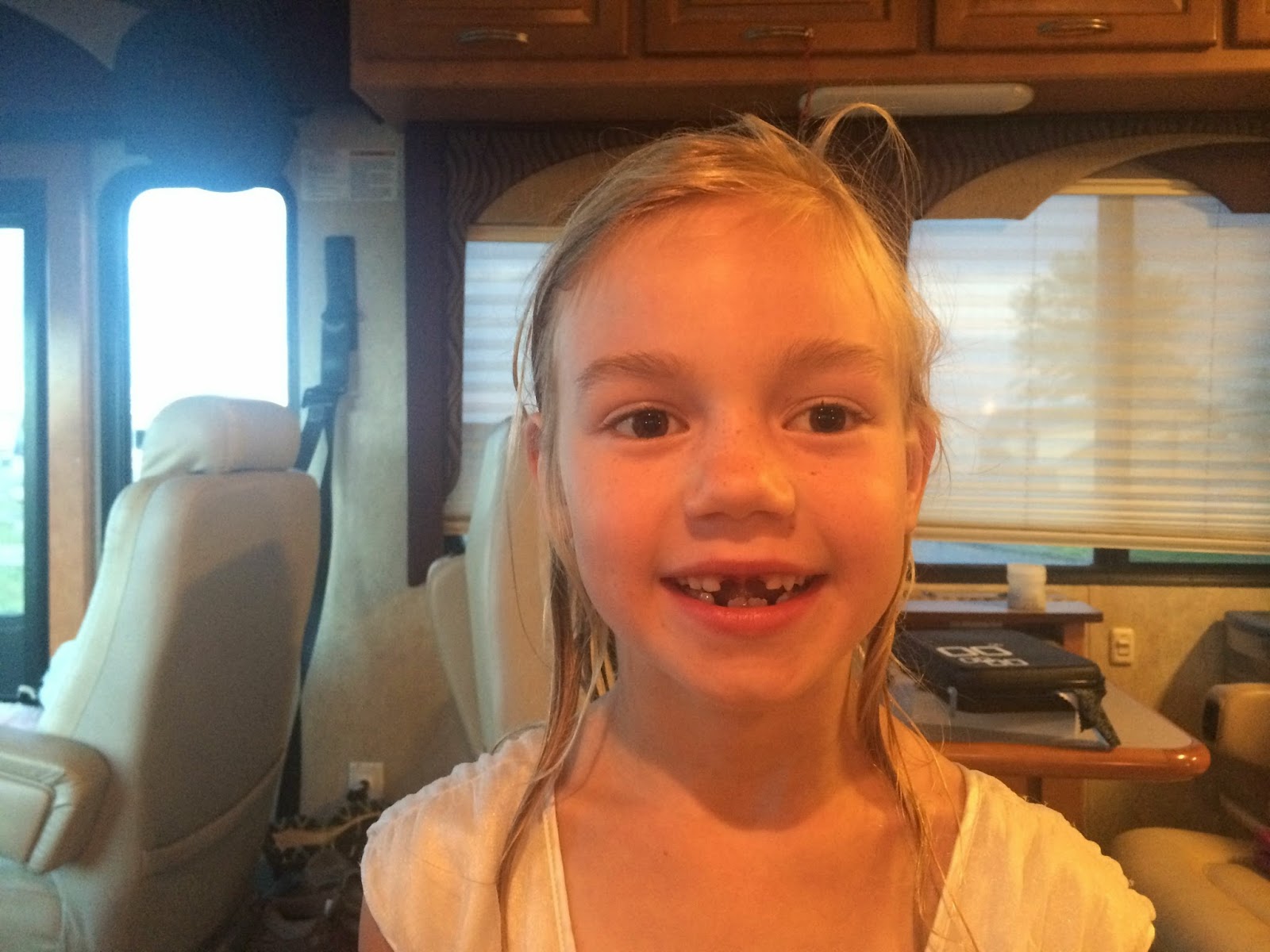 For the 3rd time on our adventure (Oregon & Arizona), we were treated to a meet-up with our friends Mat and Patricia.  They live outside of Montreal and drove out to have dinner and a bonfire with us Friday evening.  They drove their motorcycle so Mat could not bring his guitar, but we did play his song "JAK" a couple times nostalgically.

If you want to hear or buy a copy of our favorite song of all time, click here!! 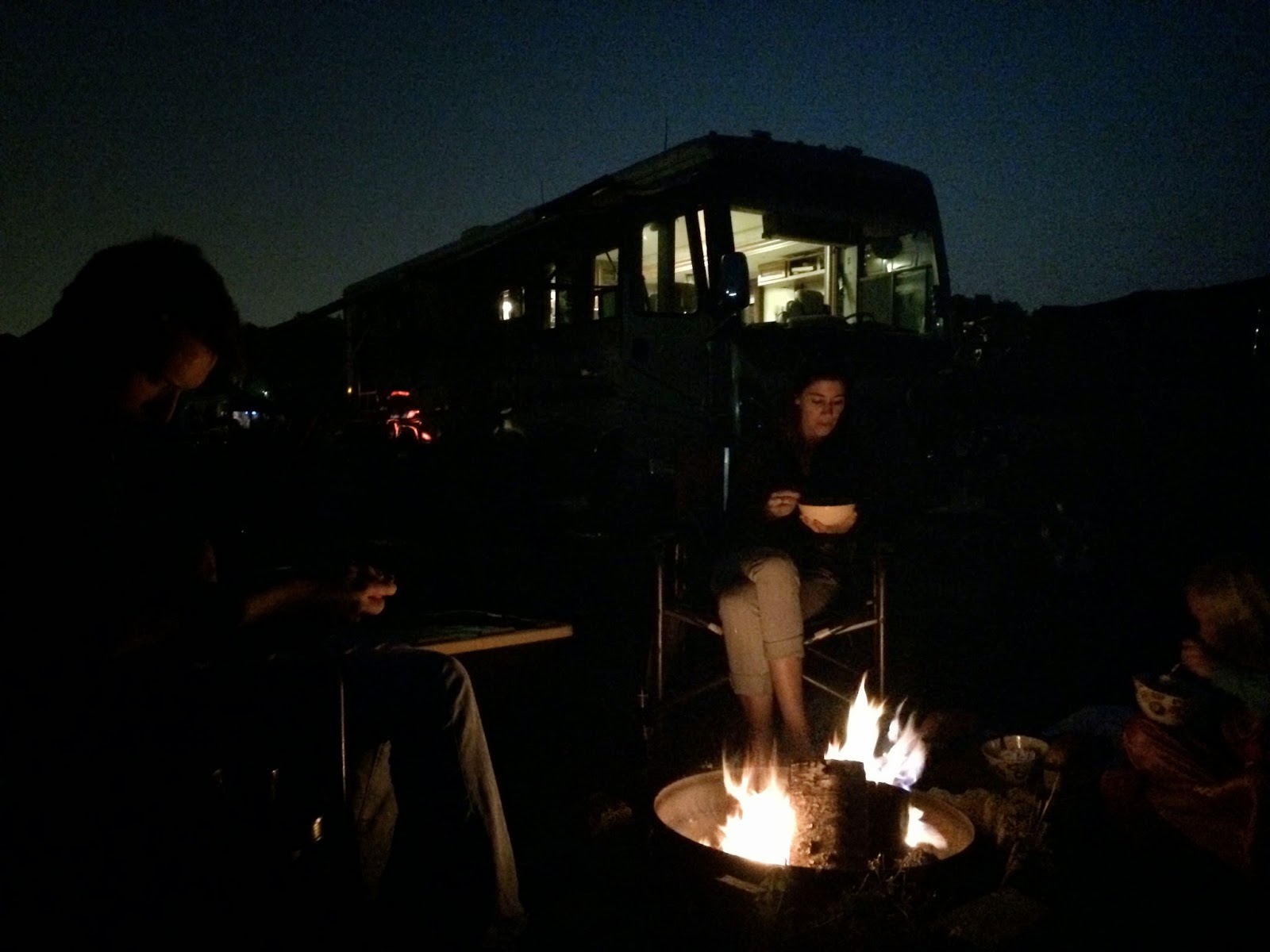 On Saturday we went to visit Mat and Patricia's home where we found their vintage Winnie looking great. We played badminton and the kids tried using their old style "reel" push lawnmower. 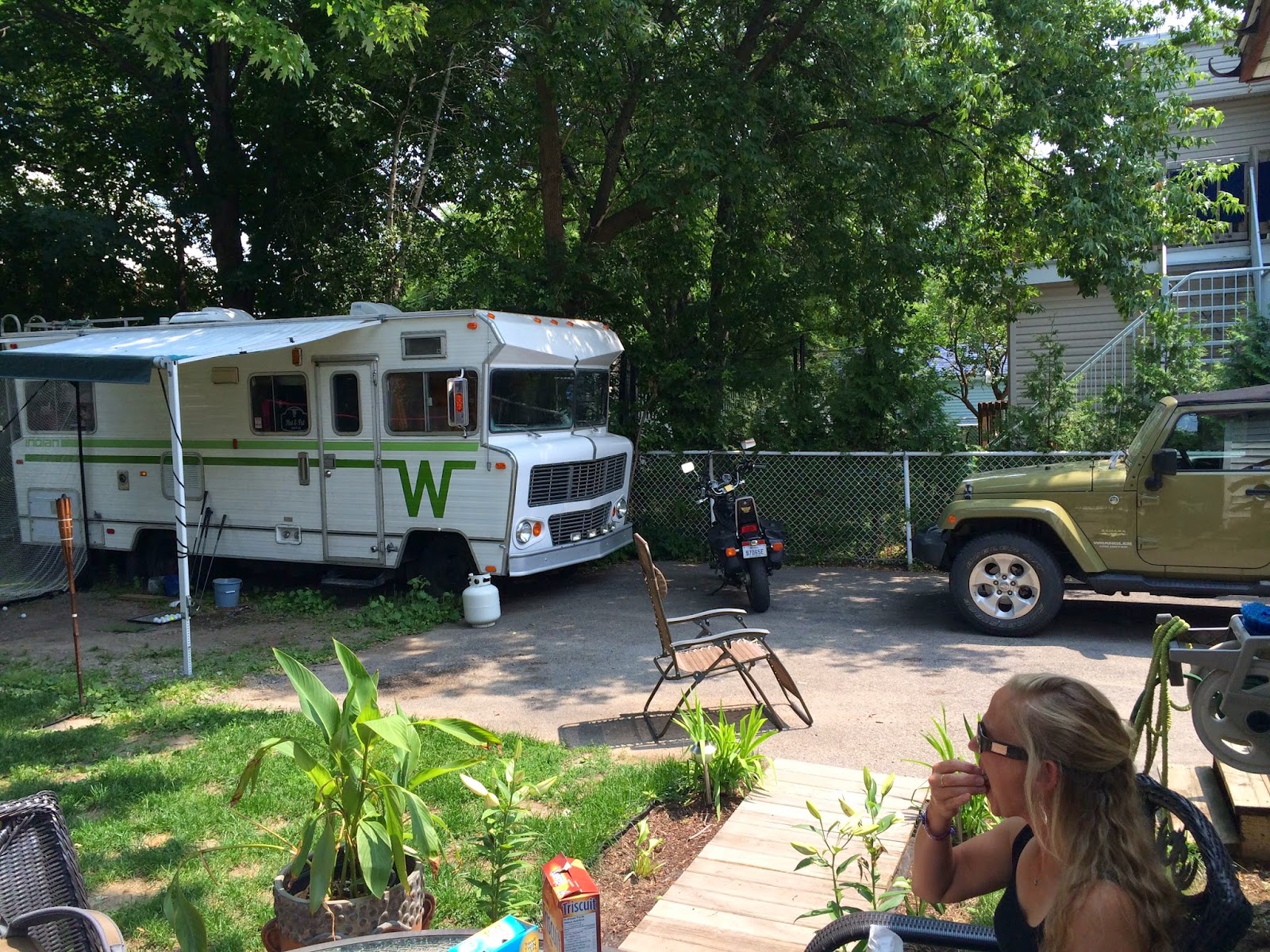 All summer Montreal hosts week+ long festivals in the downtown area. While we were there it was the Just for Laughs festival.  It draws over 2 million festival-goers.  Saturday afternoon was a perfect parade for us...Twins parade. The girls qualified!  There were 900+ twins in the parade. 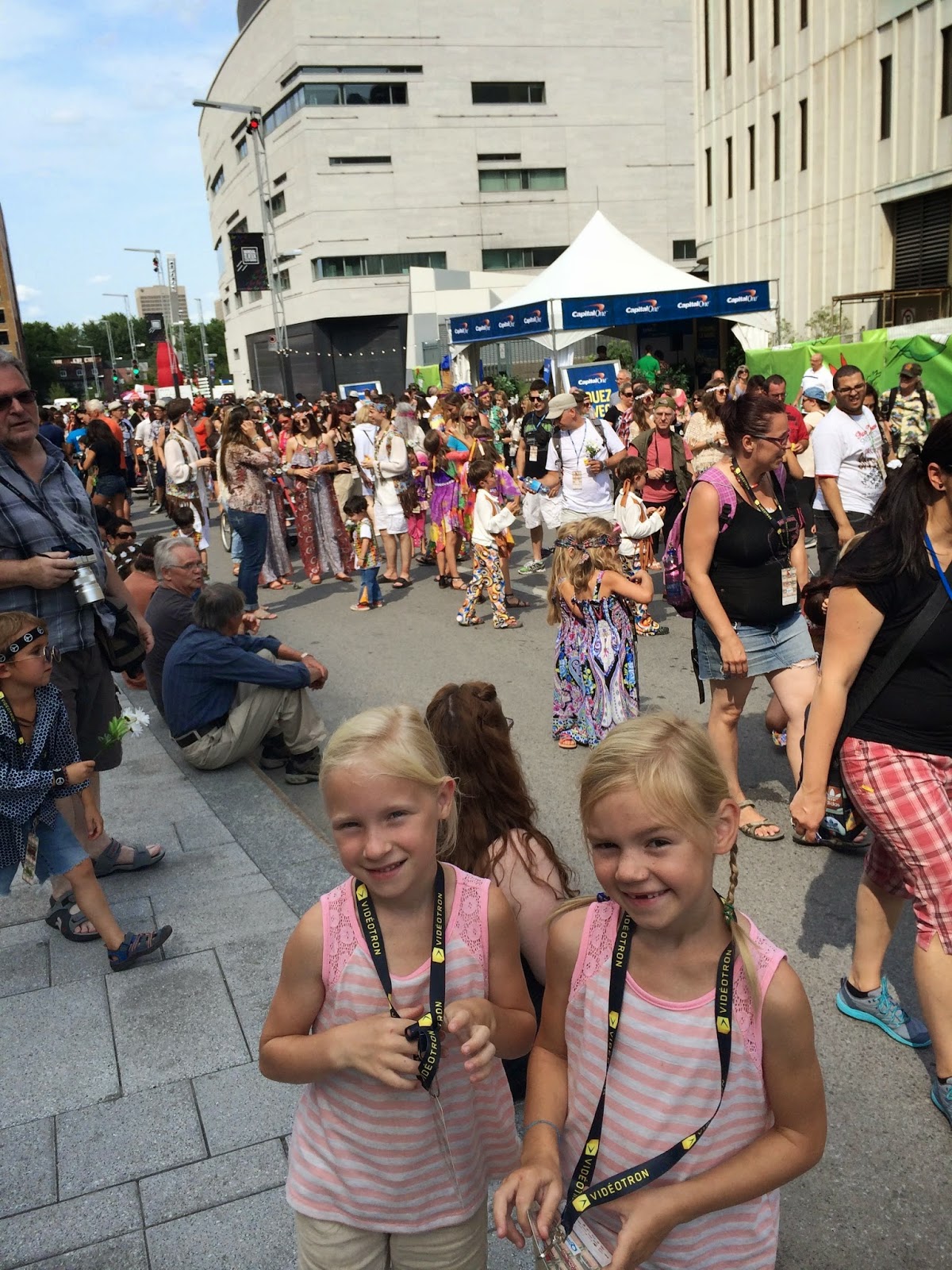 They thought the best part of being in the parade was the free cotton candy at the end. 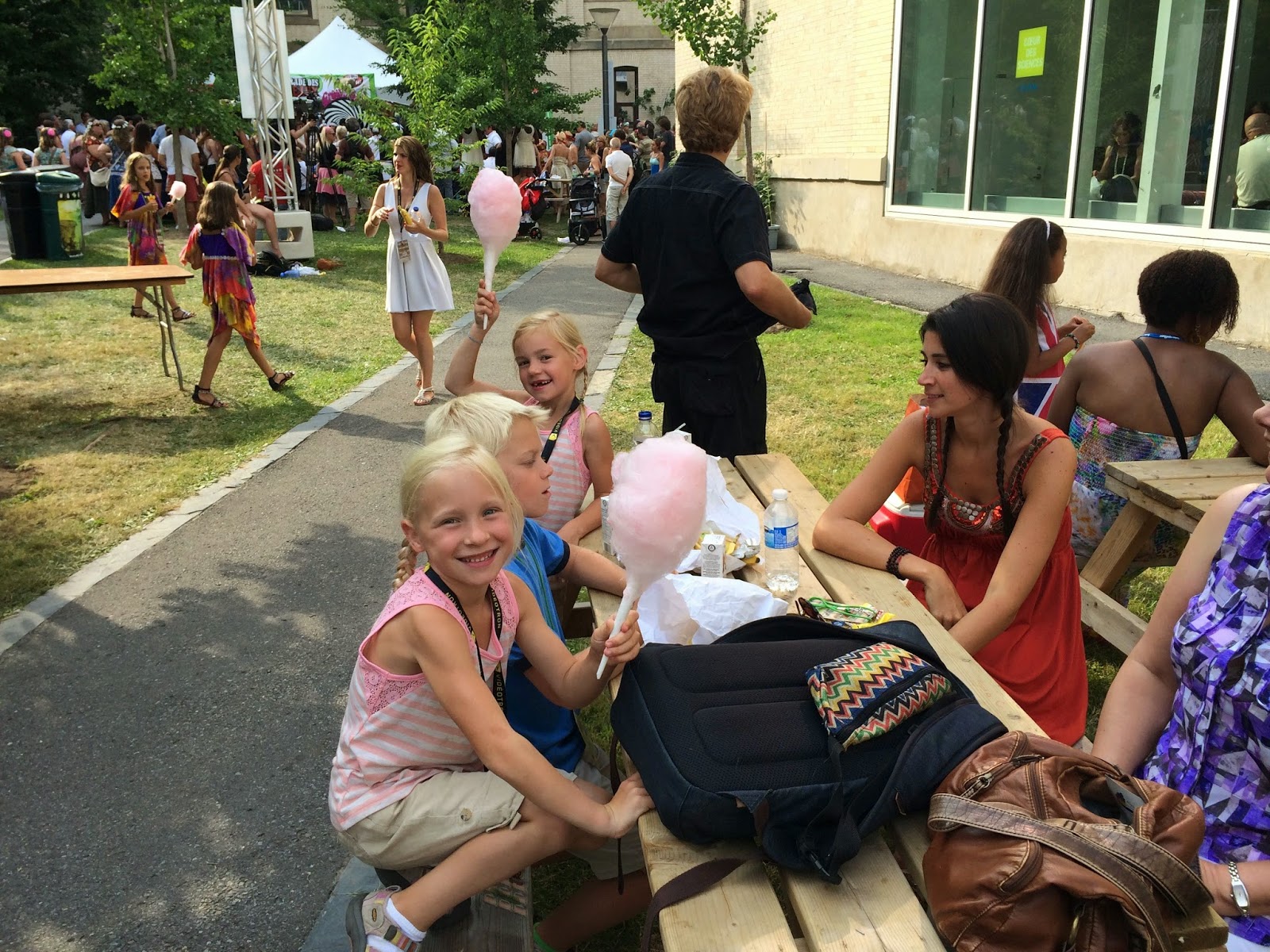 We had fun walking around the festival. There were comedians mixed in with the crowds performing random acts to make visitors laugh.  This bride was apparently left waiting at the alter.  Seeing her tears, a passing by rabbi counseled her while onlookers eaves dropped.  She was then caught off-guard when the counseling rabbi decided to get fresh with her. We were also lucky to be able to meet Mat's parents while there (sadly we didn't get a picture with both his Mom and Dad:( 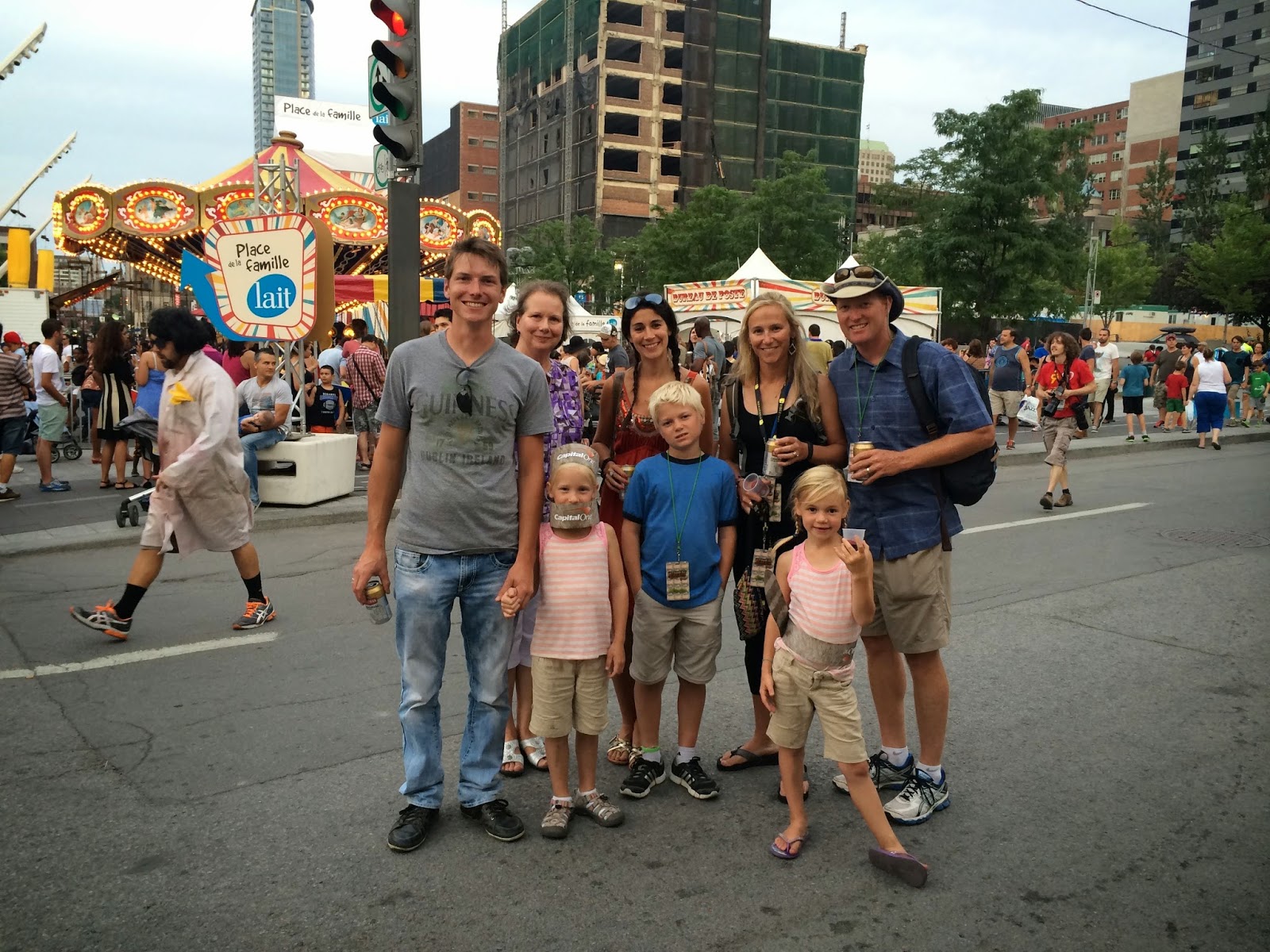 Each Saturday night during the summer there are fireworks sponsored by a different country.  Coincidently, Saturday night was USA night. We all wanted to stay, but they didn't start until 10pm so we decided it was best we say goodbye to our friends as we planned to leave Canada early the next day. On the way home, street after street on our route was closed for the fireworks. We ended up heading the long way home, and it was 10pm when we crossed over the bridge.  The police were lined out on the highway like pace cars in the Indy 500. We decided their purpose was to slow traffic to a crawl so that there would not be gawker accidents when the show started. The streets were lined with people ready to watch the show. We finally made it to an exit ramp that wasn't blocked off and we pulled over to watch. It was a partial view and the pic is bad, but the show was good and seemed to be welcoming us back to our USA. 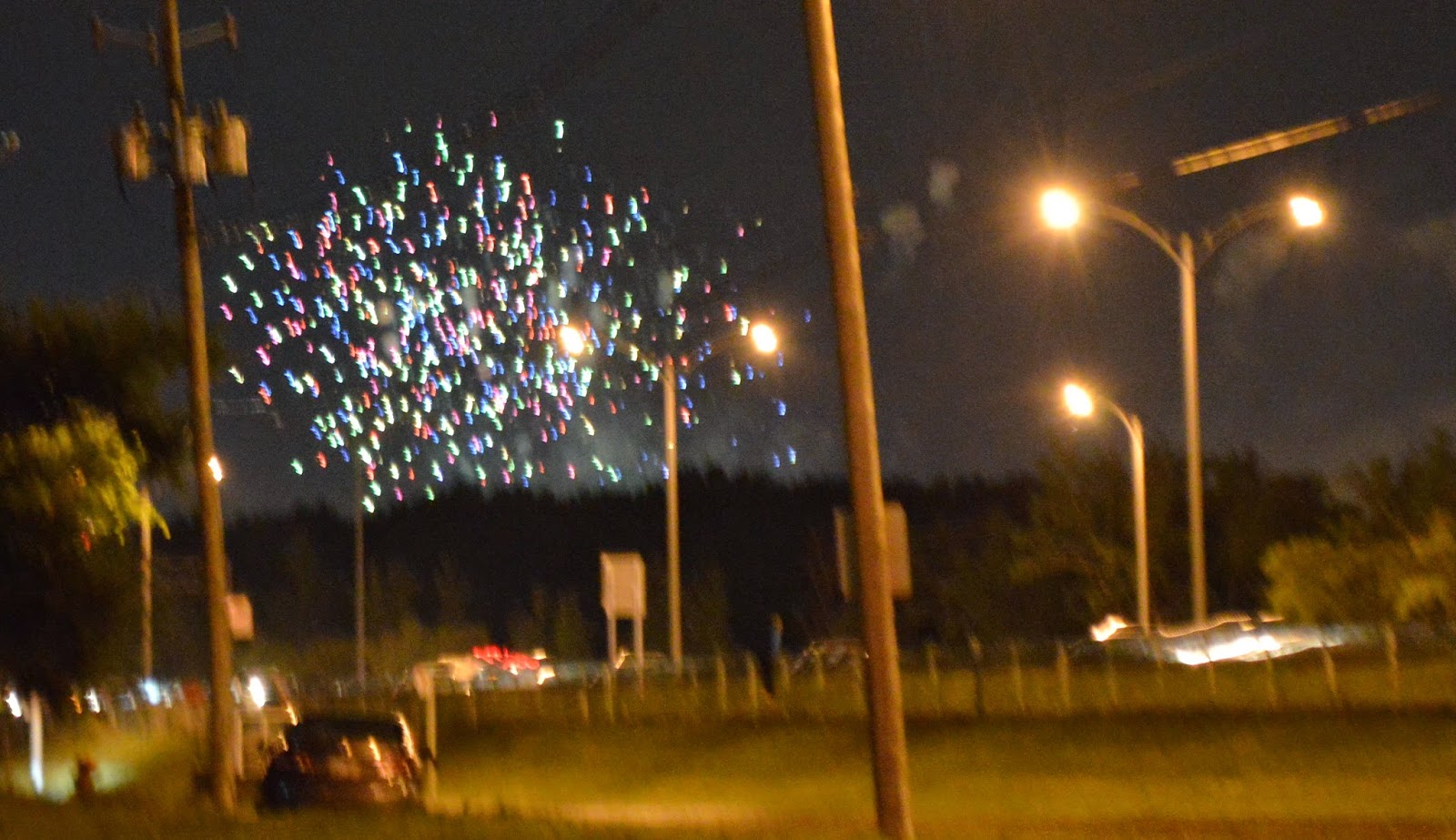 As planned, we headed to our homeland the next AM.  As a special treat, we were able to cross the border without the full a RV search that we've recent on previous crossings. 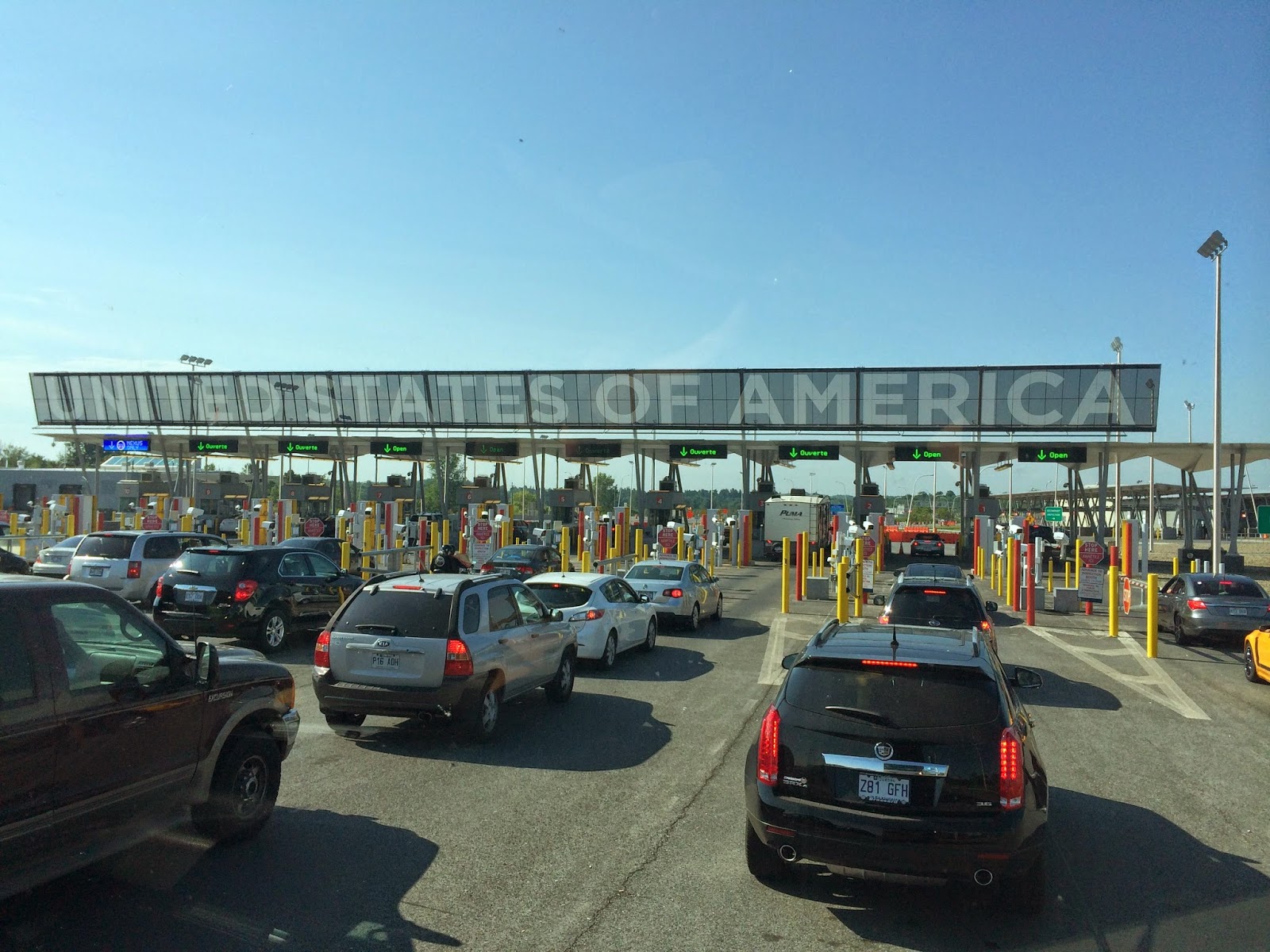 We spent six weeks in Canada and enjoyed every moment. It's a beautiful country with wonderful people.  We are however equally pleased to be back in the USA and are looking forward to the final leg of our journey.