[Something went awry the first time we published this post. We will get caught up soon]

The drive from Philly to Jersey City went smooth (we were unsure of what to expect).  Except for the one small issue - the directions from the park we were staying at were wrong thus we got off an exit too early in the heart of Jersey City…but we made it and did not take out any bridges or trees.  Future campers should have it easier with the updated directions.


As soon as we arrived, our good friend Dave had an adventure awaiting.  He took us on a sailing tour of a life time - up and down the Hudson and the East river, around Lady Liberty and along the edge of Manhattan. 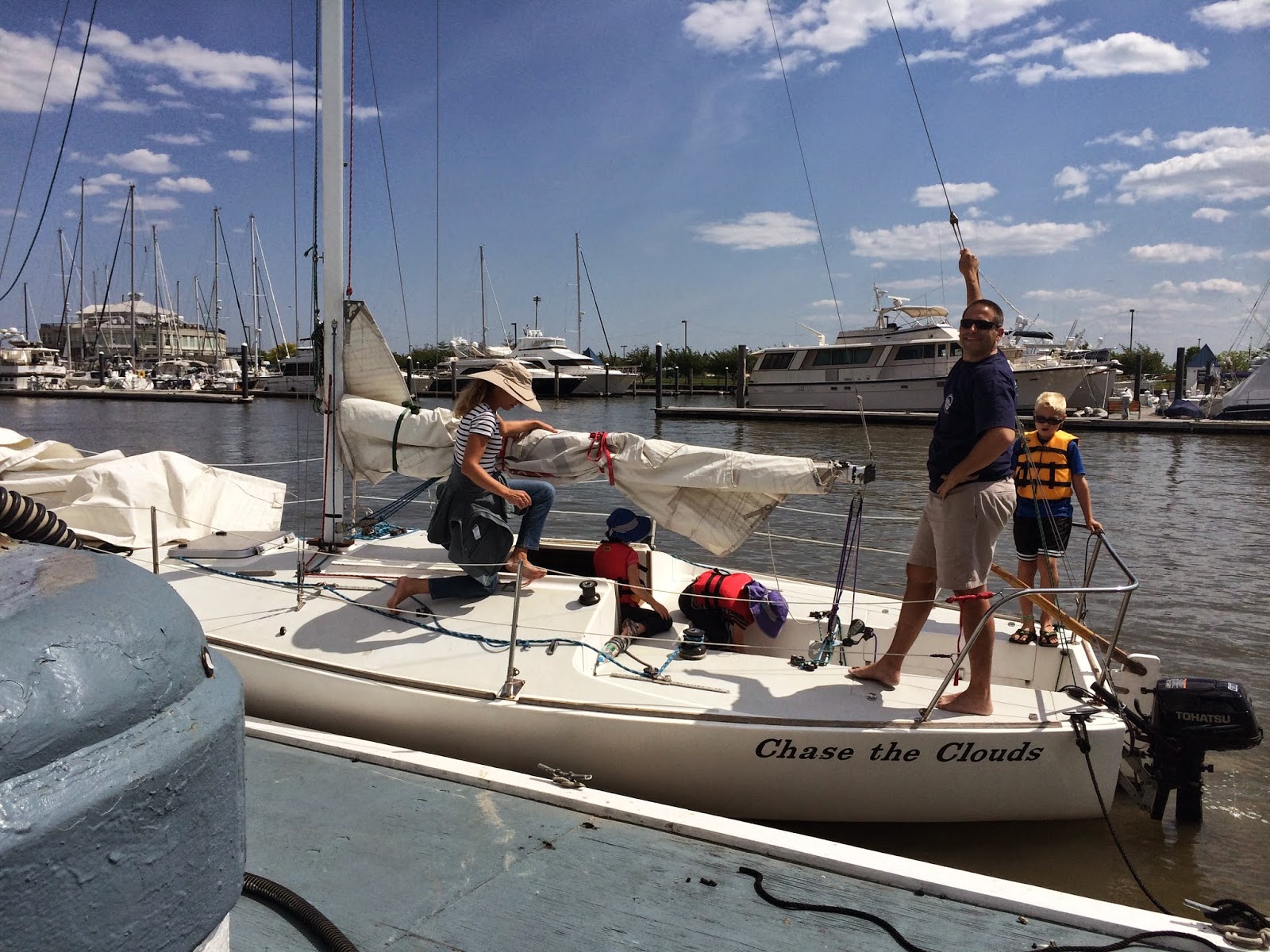 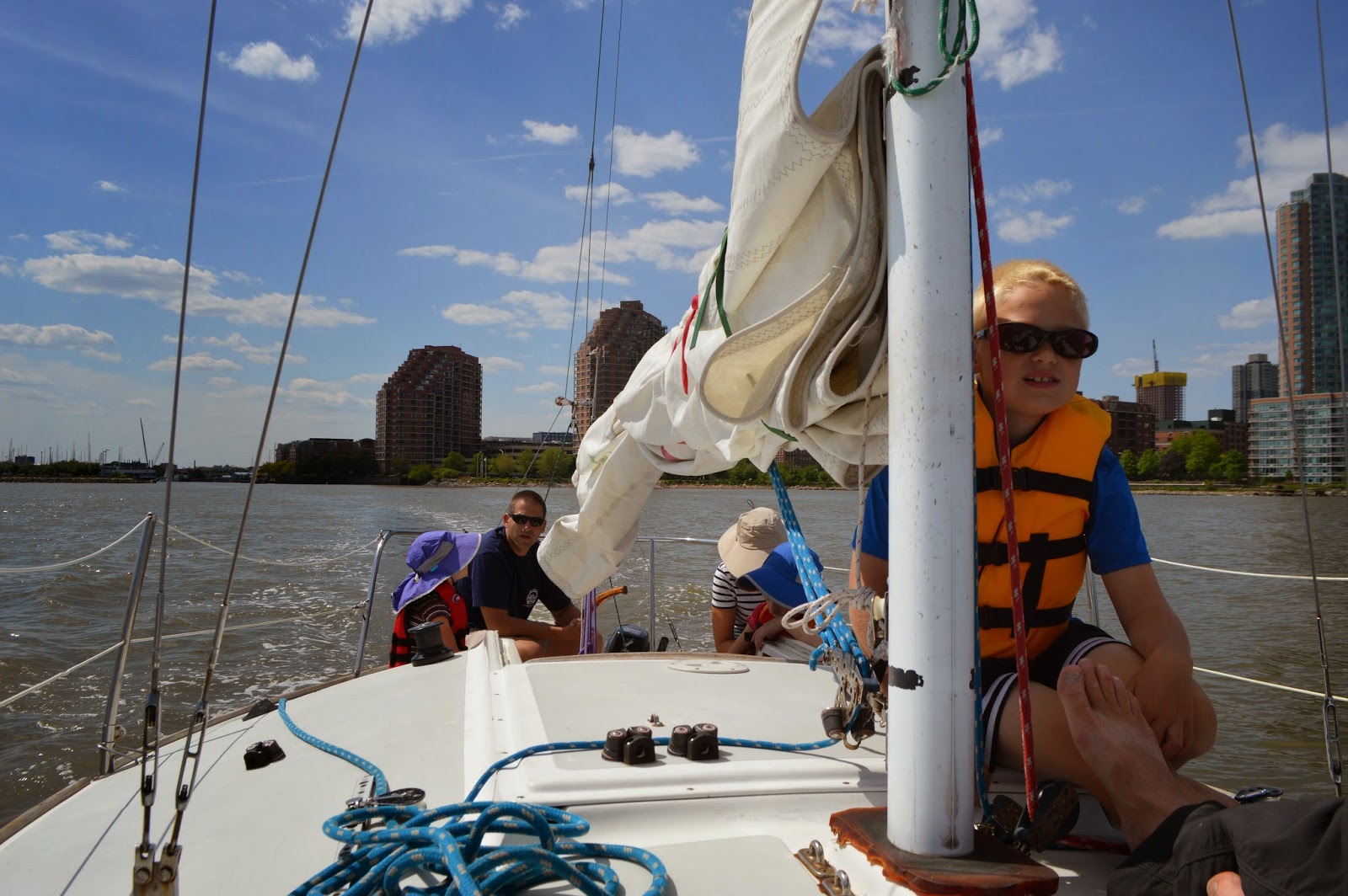 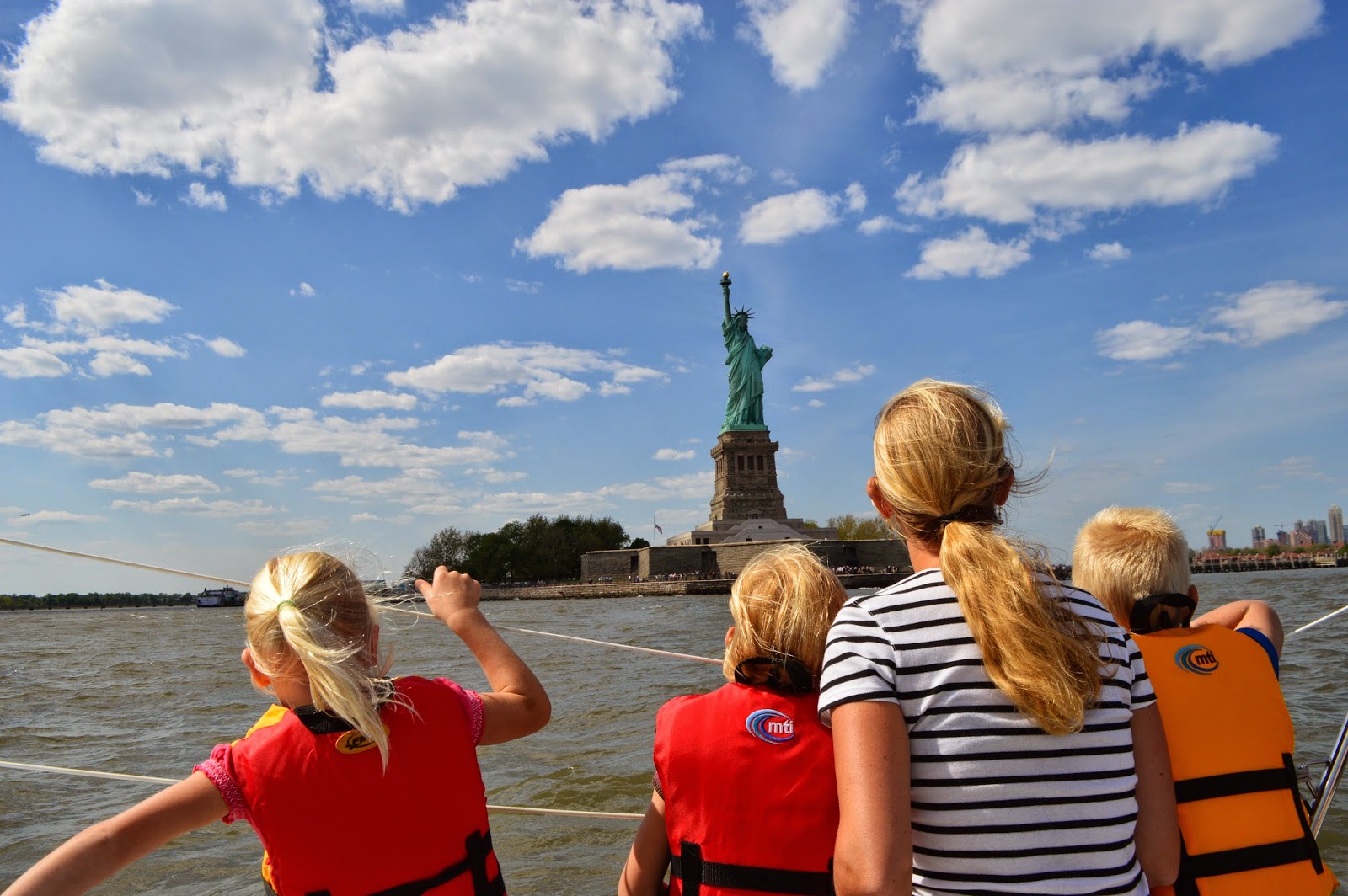 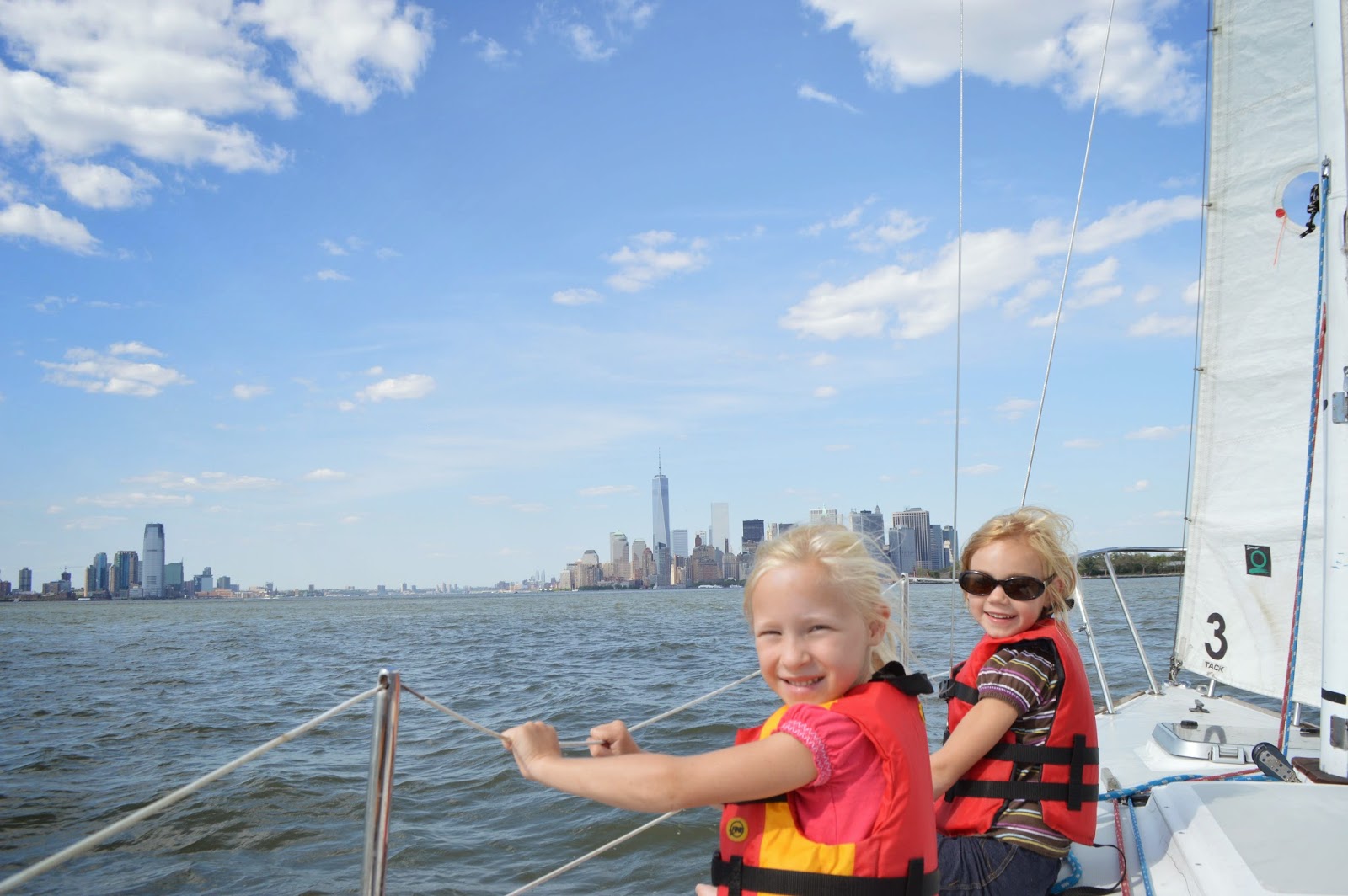 That evening we went to a small authentic Italian place where we took up half of the restaurant.  The meal was mouthwatering. 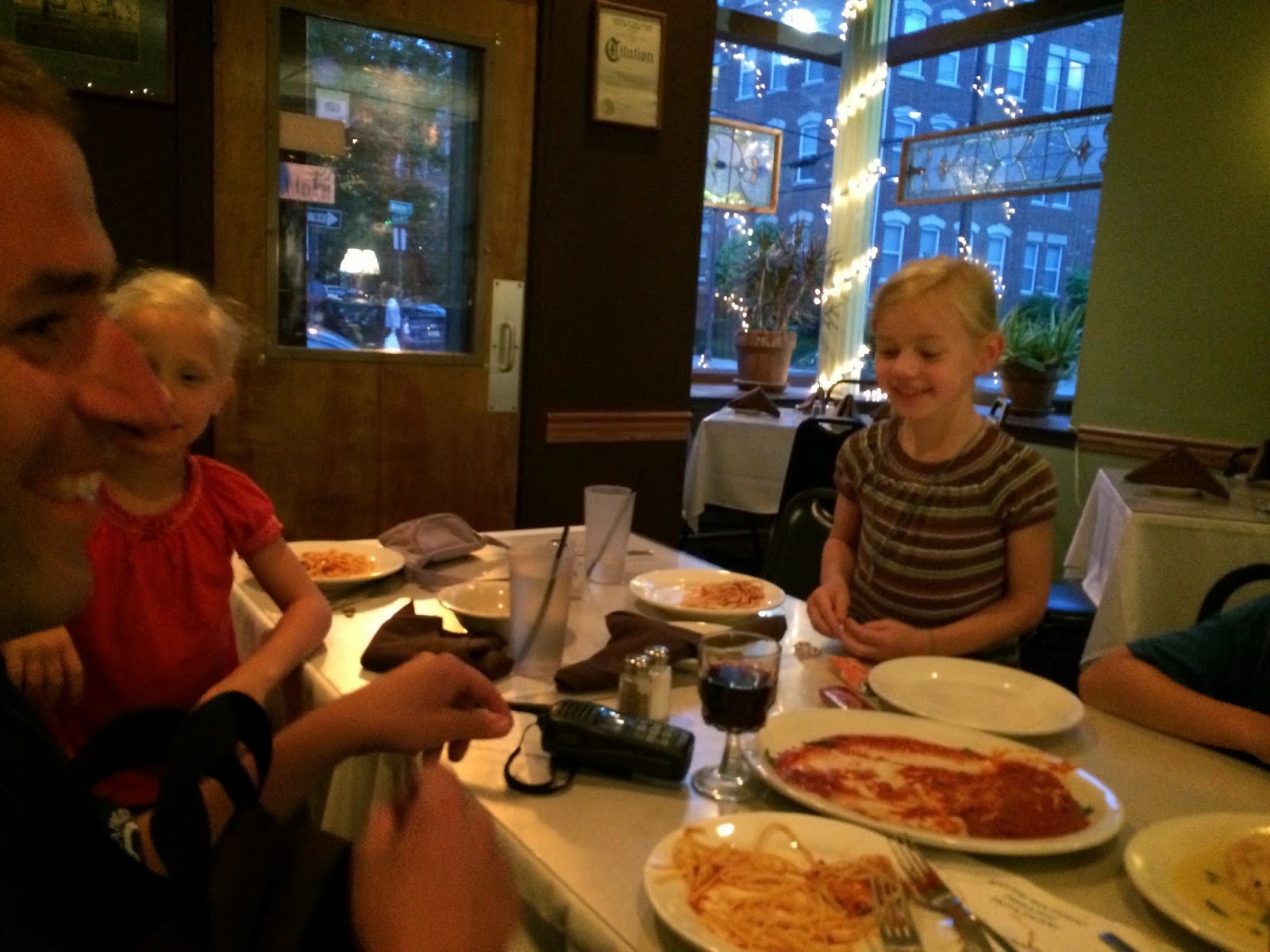 The next AM, Dave was back and ready to go.  It was “Fleet Week” so after taking a bike ride to the PATH, then PATH across to Manhattan, we found a park on the West side to watch the first Navy ship come in. You can see the sailors if you look close 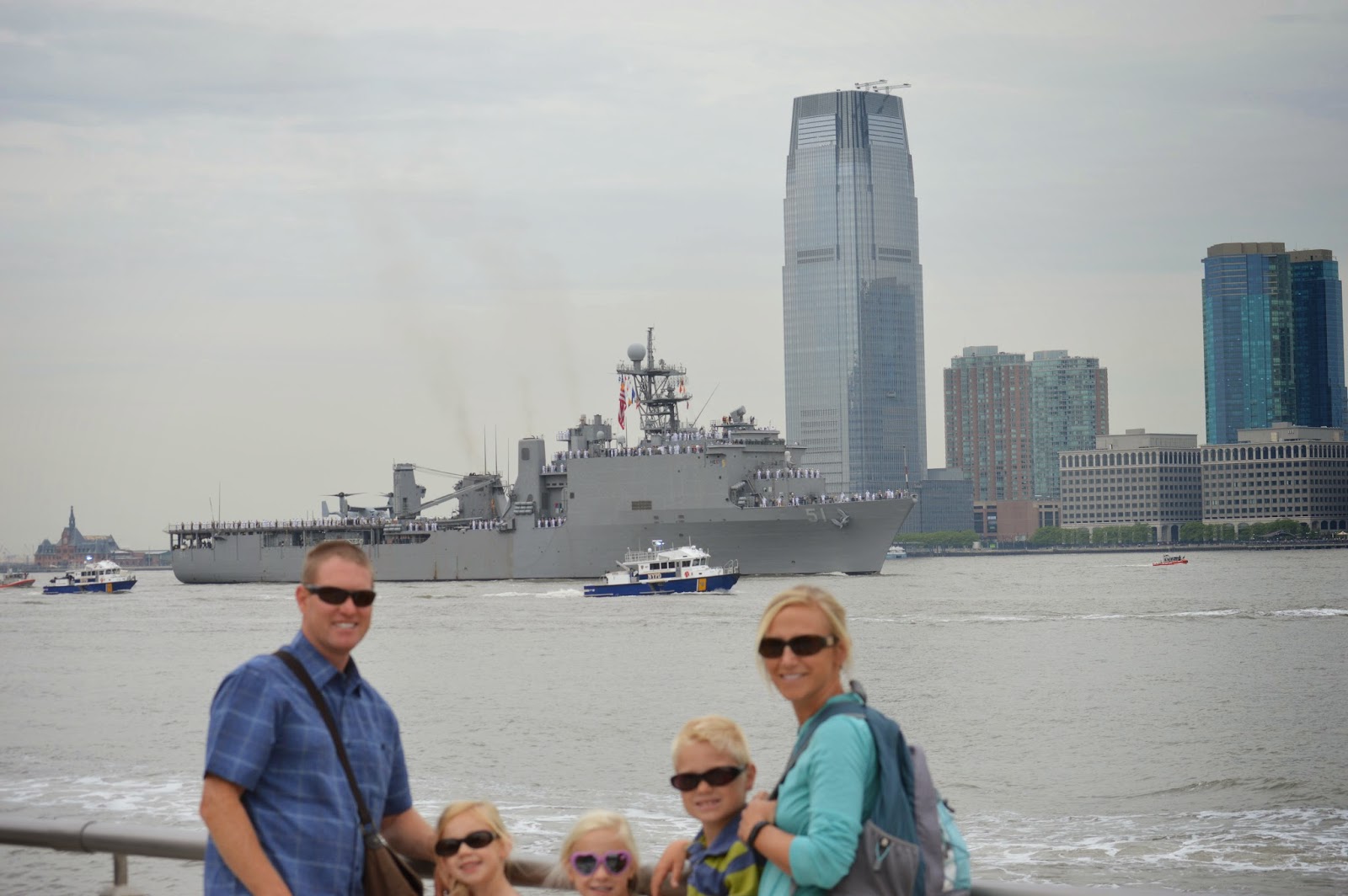 After enjoying a couple parks on the West side, we headed east to Chinatown for lunch. For $9 cash, we stuffed ourselves.  $9 for 6 hungry people! 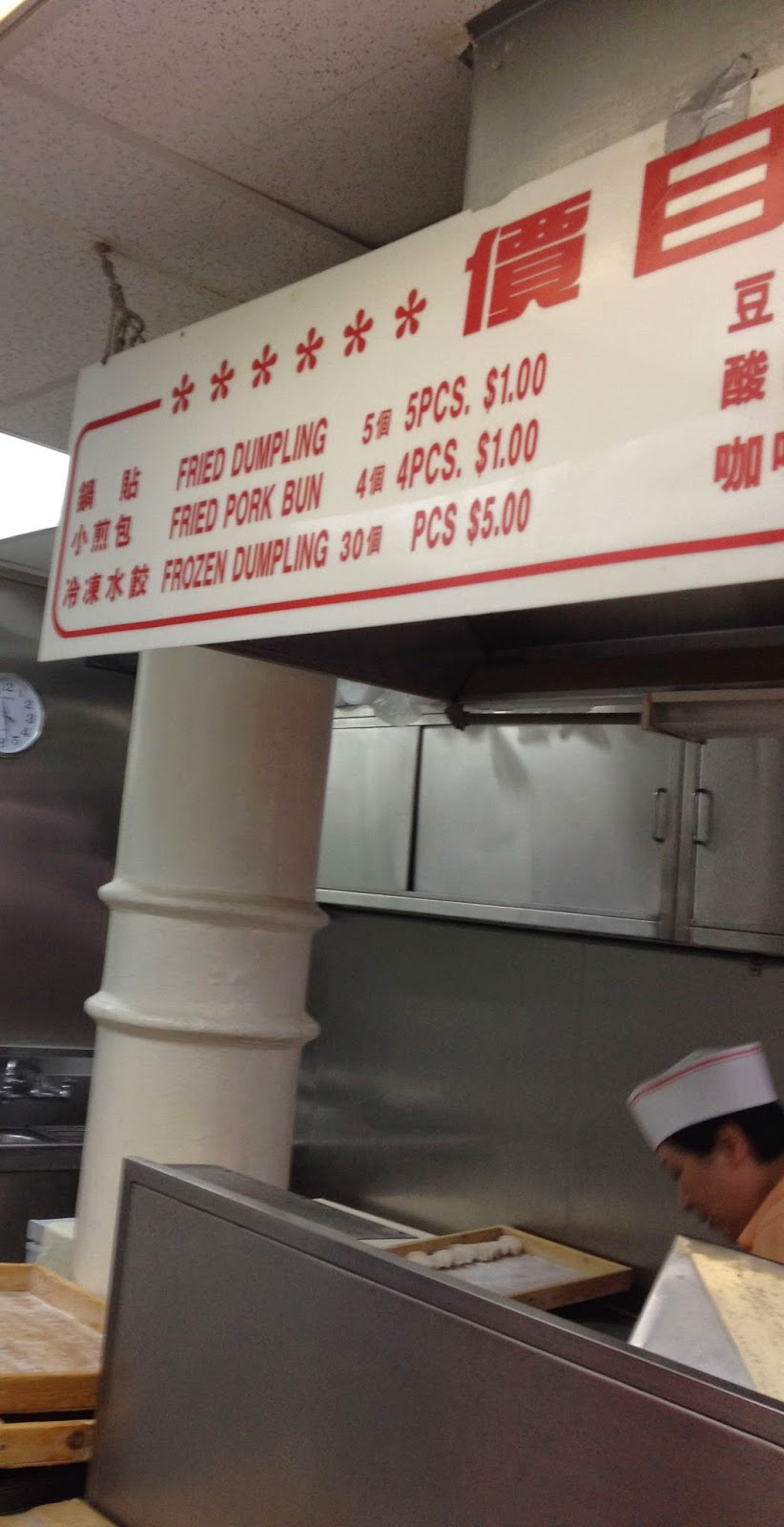 We headed back west to the amazing 9/11 Memorial.  It’s a hard place to describe so we'll stick with a picture. Unfortunately the museum had opened the day before and we had been unable get tickets. 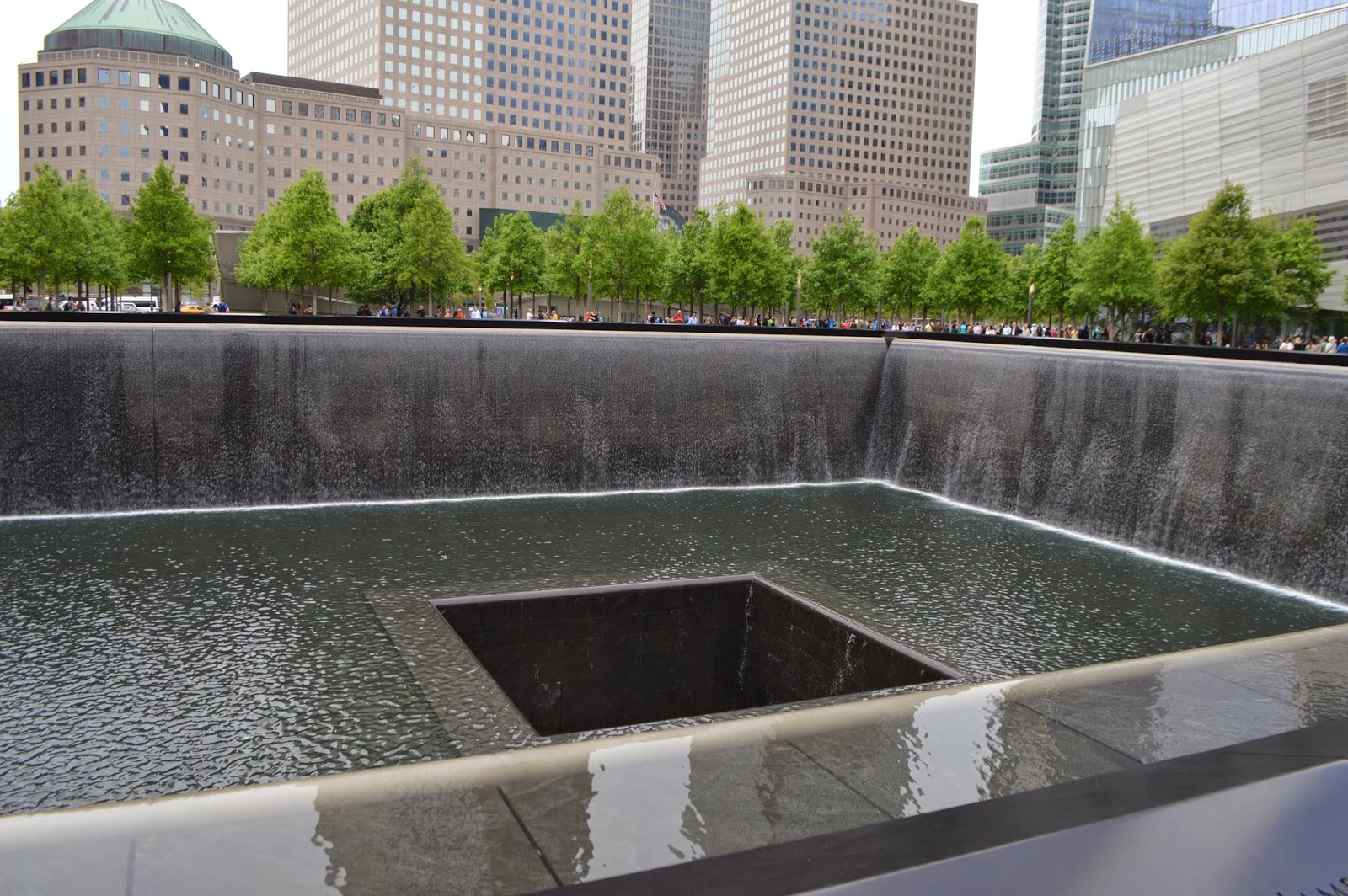 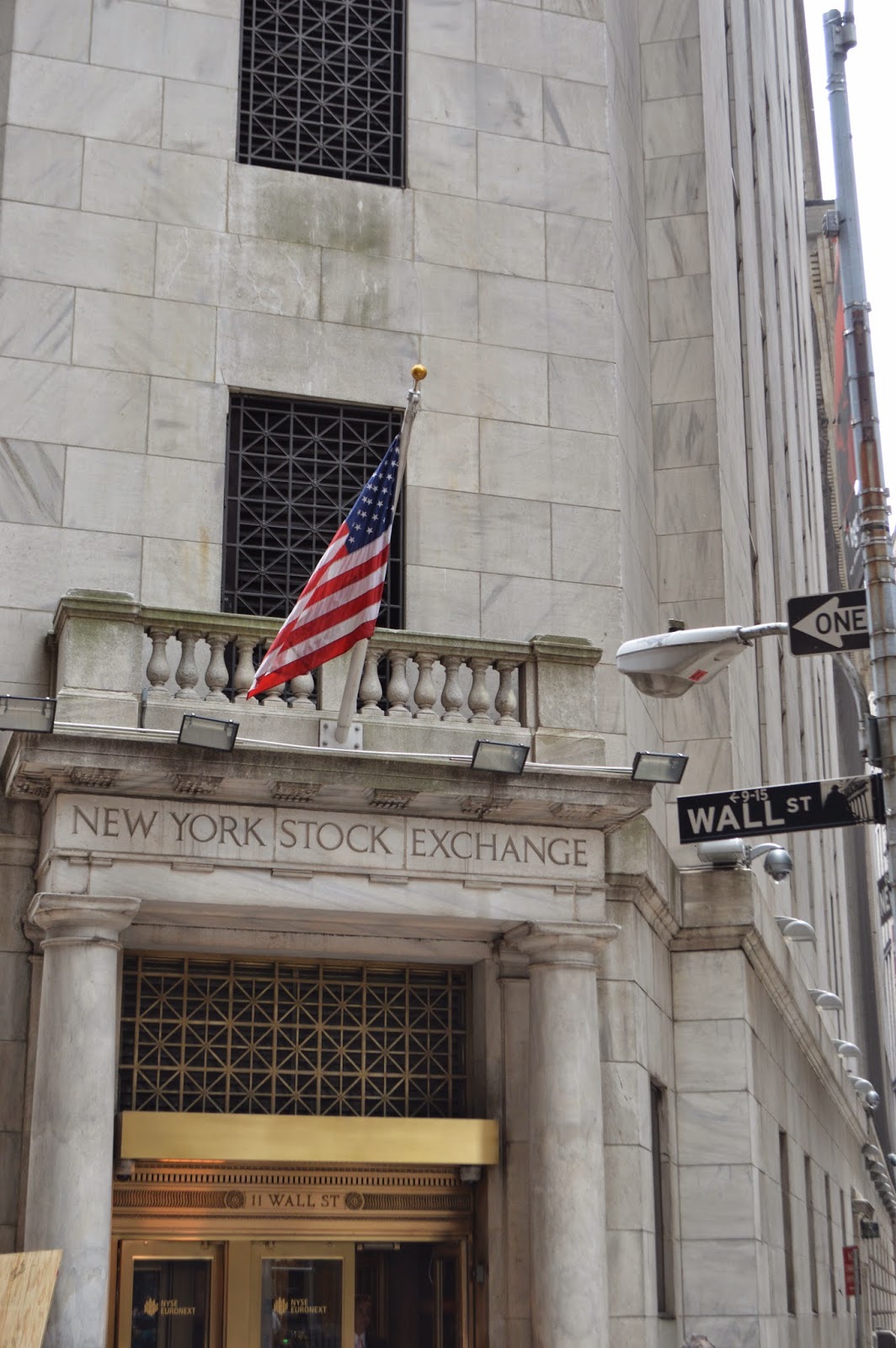 Then back east to walk the Brooklyn Bridge 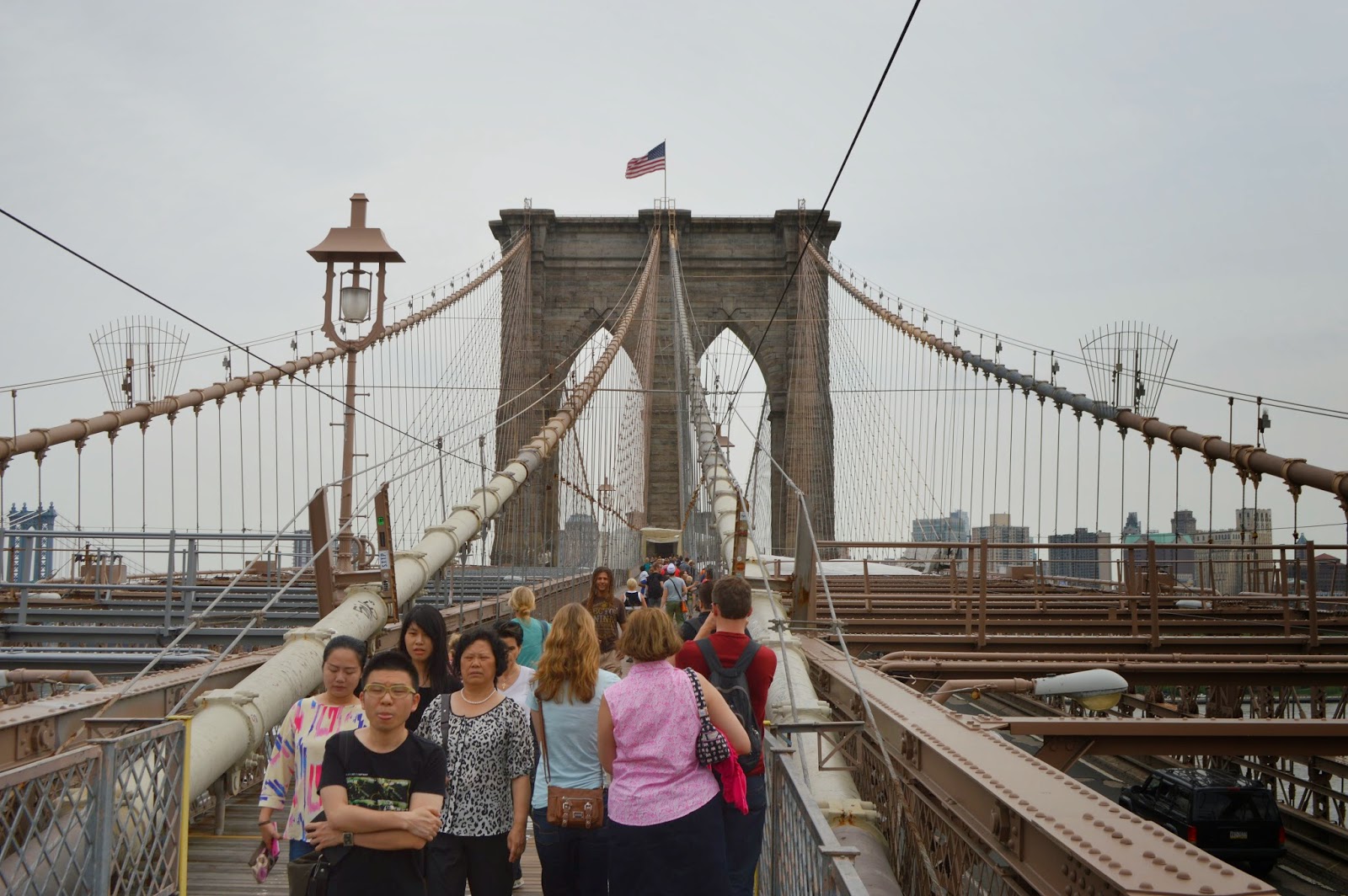 And a cool treat from the Brooklyn Ice Cream Factory. 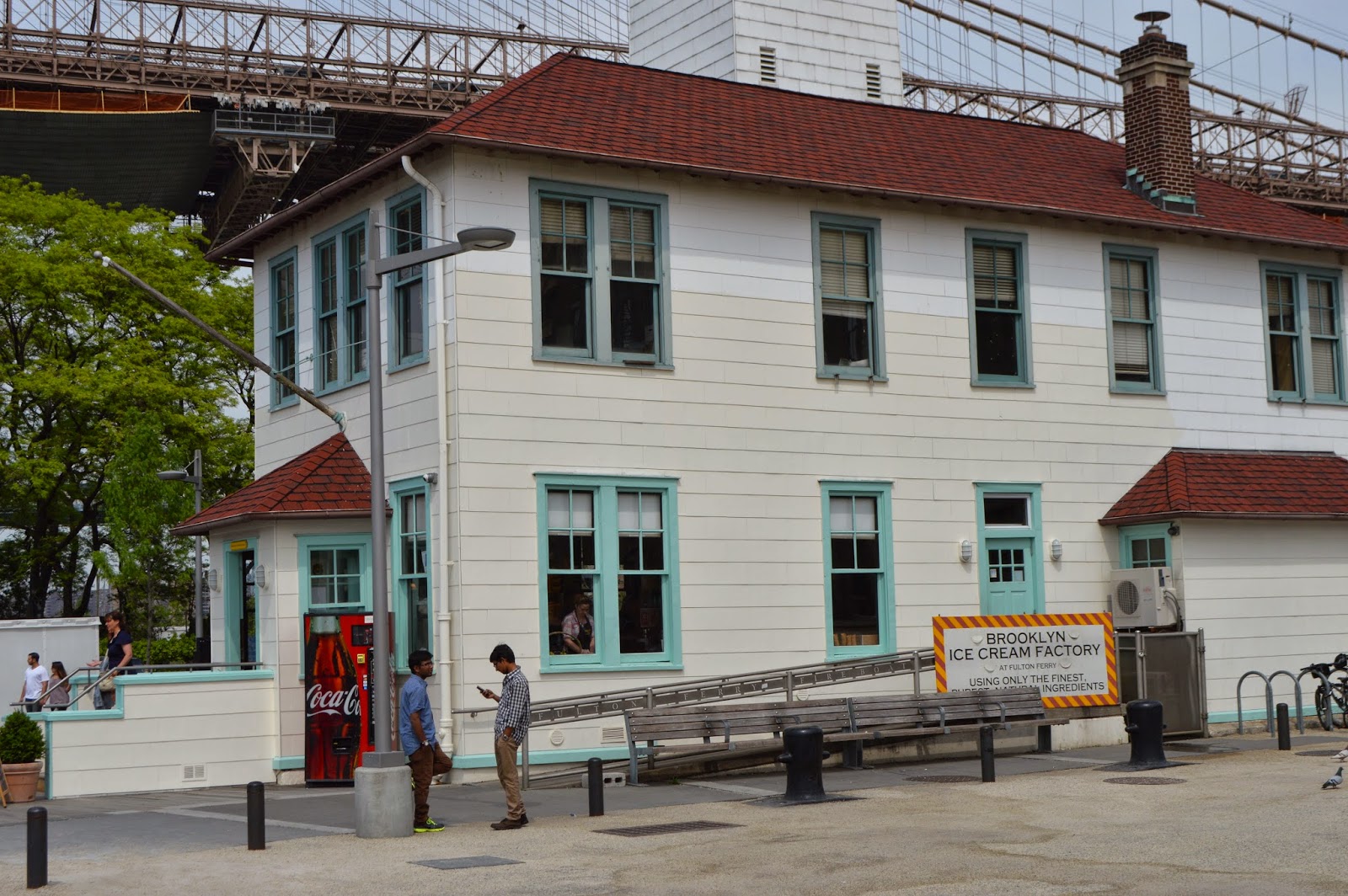 We then said goodbye to Dave and boarded a ferry back to Manhatten and made our way to FAO Schwarz, the oldest toy store in the US. The expression on JAK’s face sums it up. 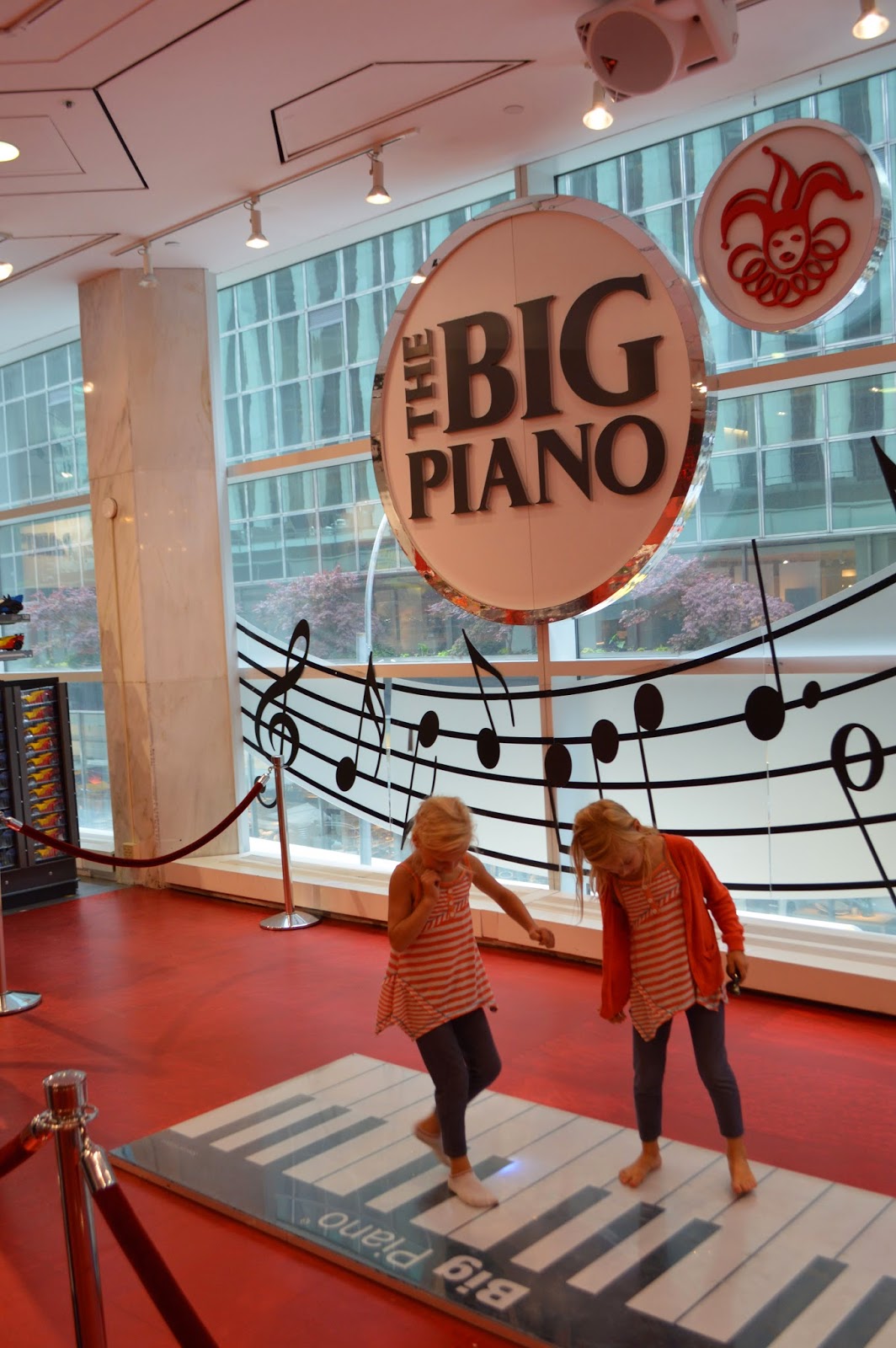 A quick subway trip north to have dinner with our friends Carrie and Bill and their two children. After a trip to the park on the East River one block away, we had NY pizza and some of the best Szechuan Chinese - ever!

We were all ready to stay longer, but it was getting dark so we had to say goodbye. 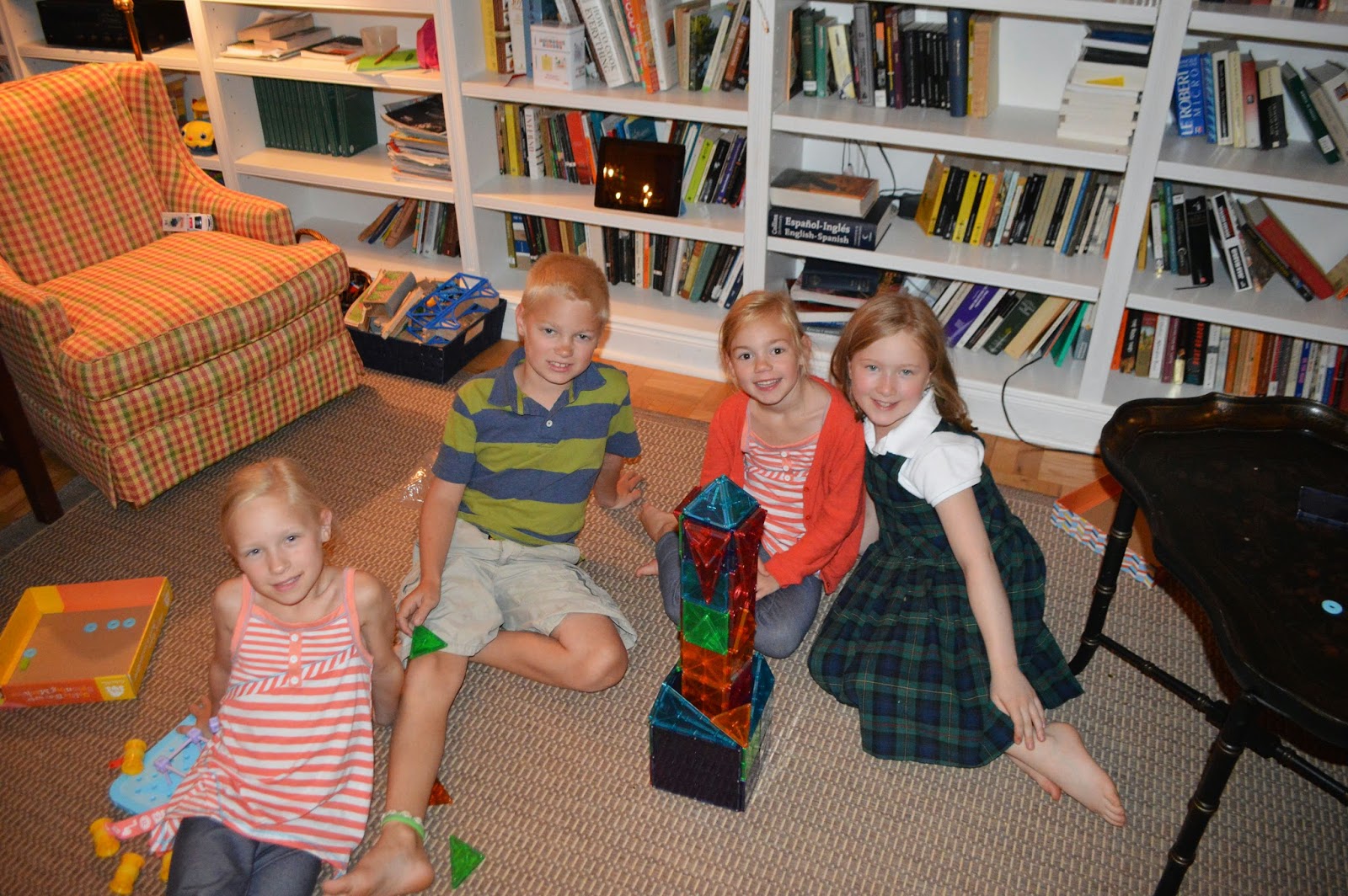 We had the cab drop us in Times Square which was packed with sailors on leave during Fleet week. 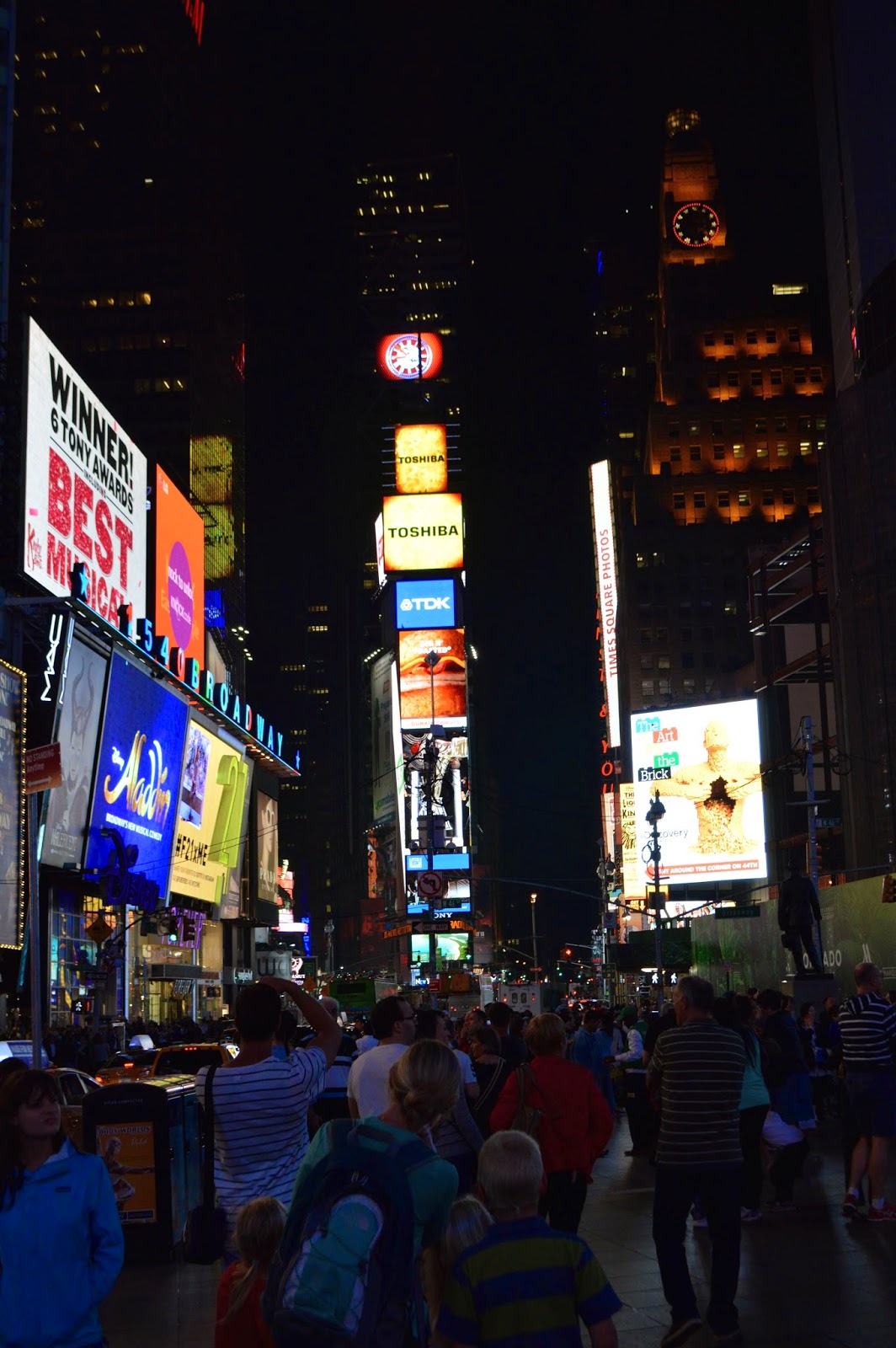 A couple more train trips and we were back in Jersey City.  One last pic for the day 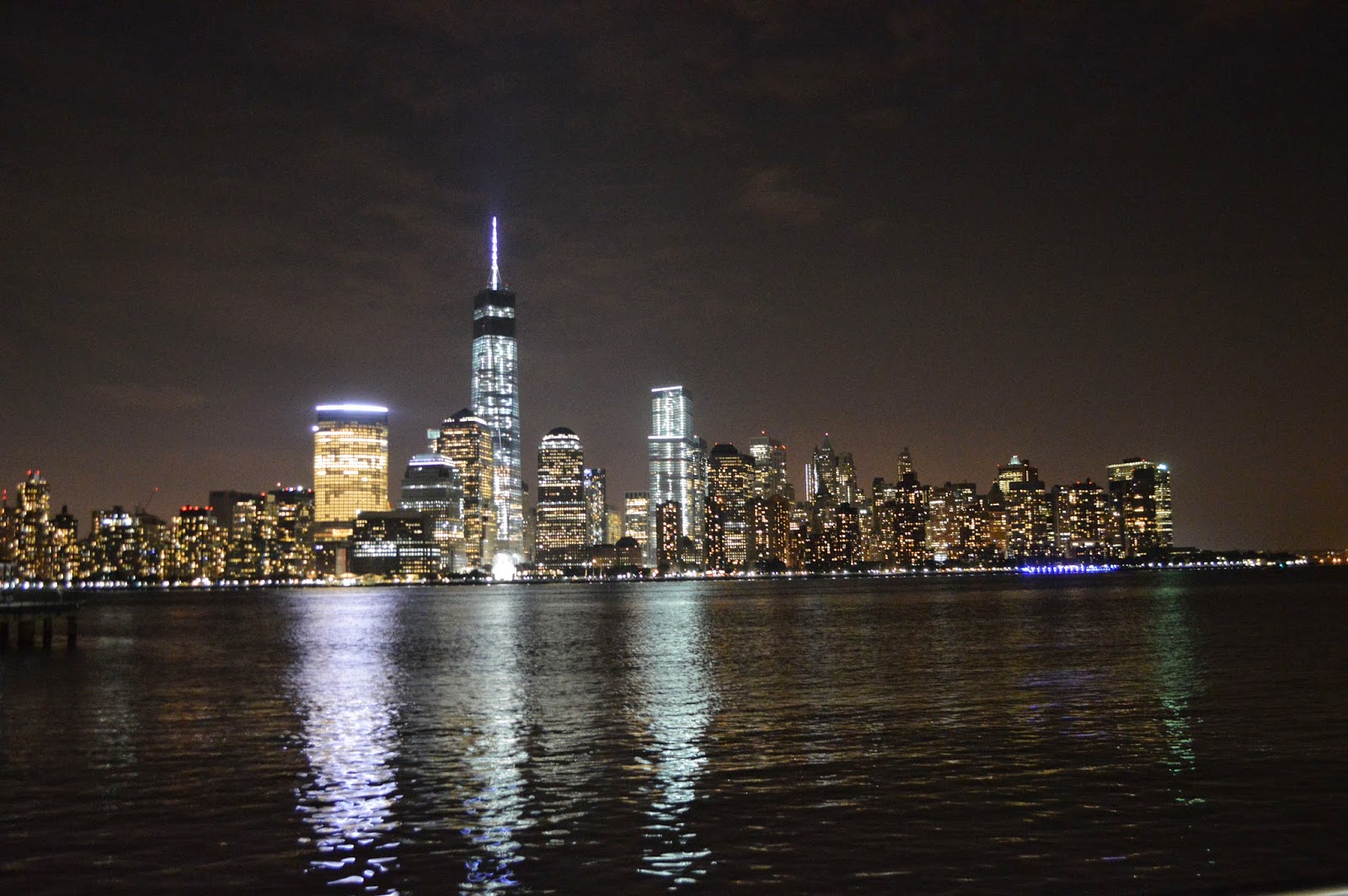 We’ve done a lot of hiking on this adventure, but not sure we've had or will top the 14+ miles we walked this day! 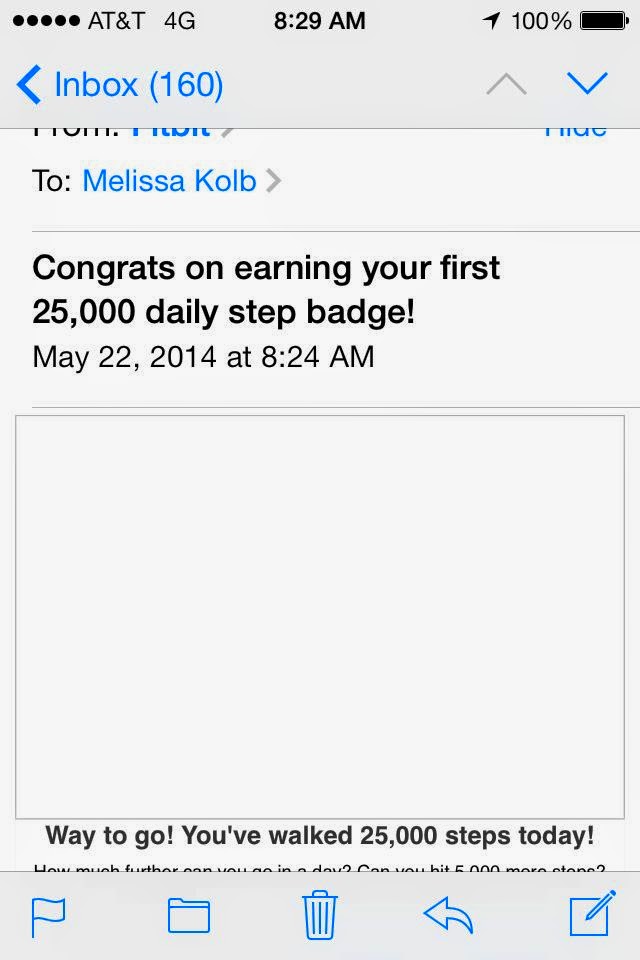 With only a couple days in this great city, we took a break from normal school and headed back into Manhattan first thing in the AM.  The kids are getting the hang of public transportation 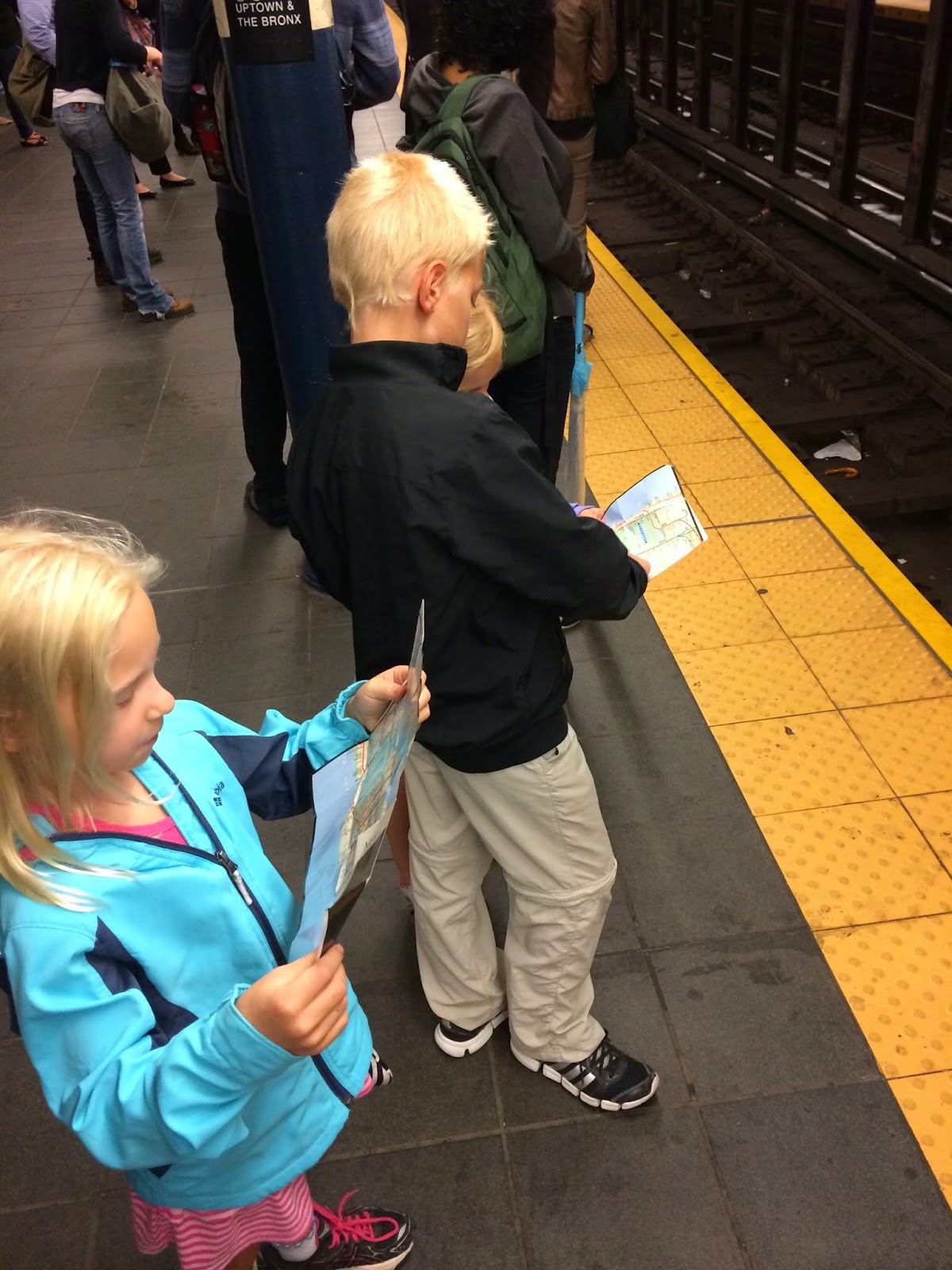 Today was our day for the American Natural History Museum. After a hike across Central Park, we took in 4 of the special exhibits and most of the rooms (quickly).  We could have spent a week there. 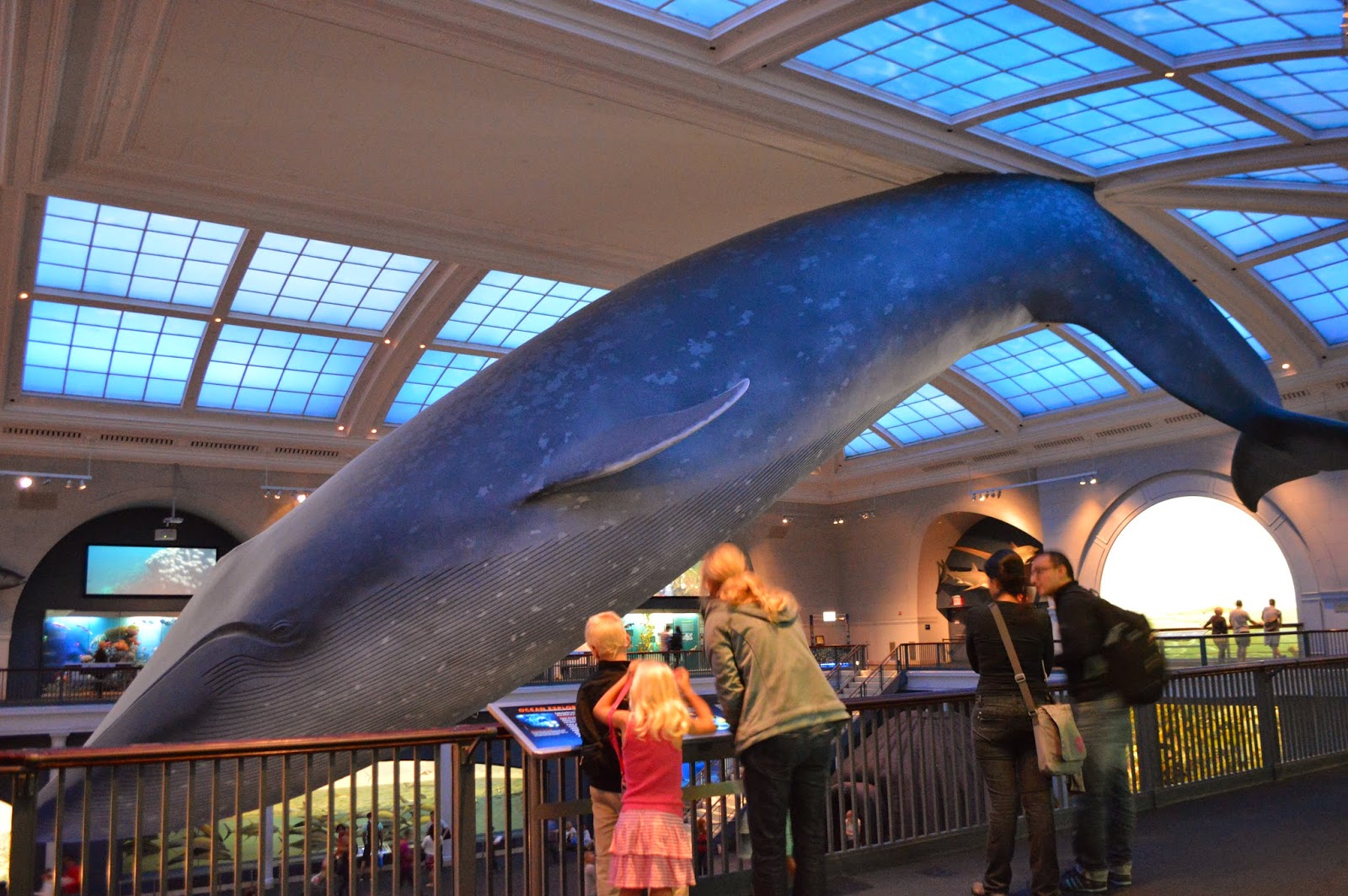 Dave and Kristen invited us over for dinner with their two boys.  Dave has been making mouth watering ribs since his days in college with Daddy.  He has continued to perfect his recipe. He now uses a new "burn off" technique at the end. Wow, yummm, wow! 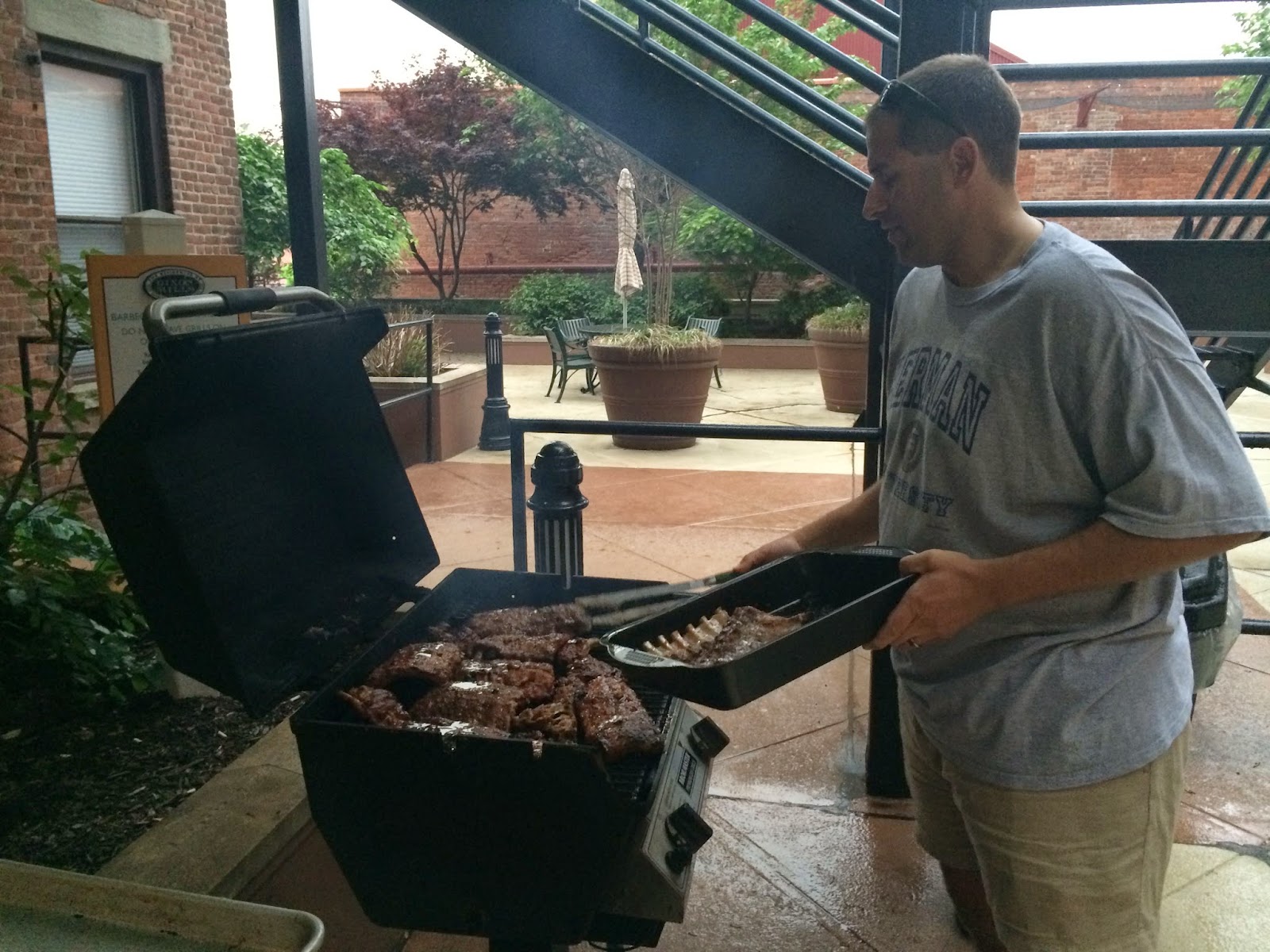 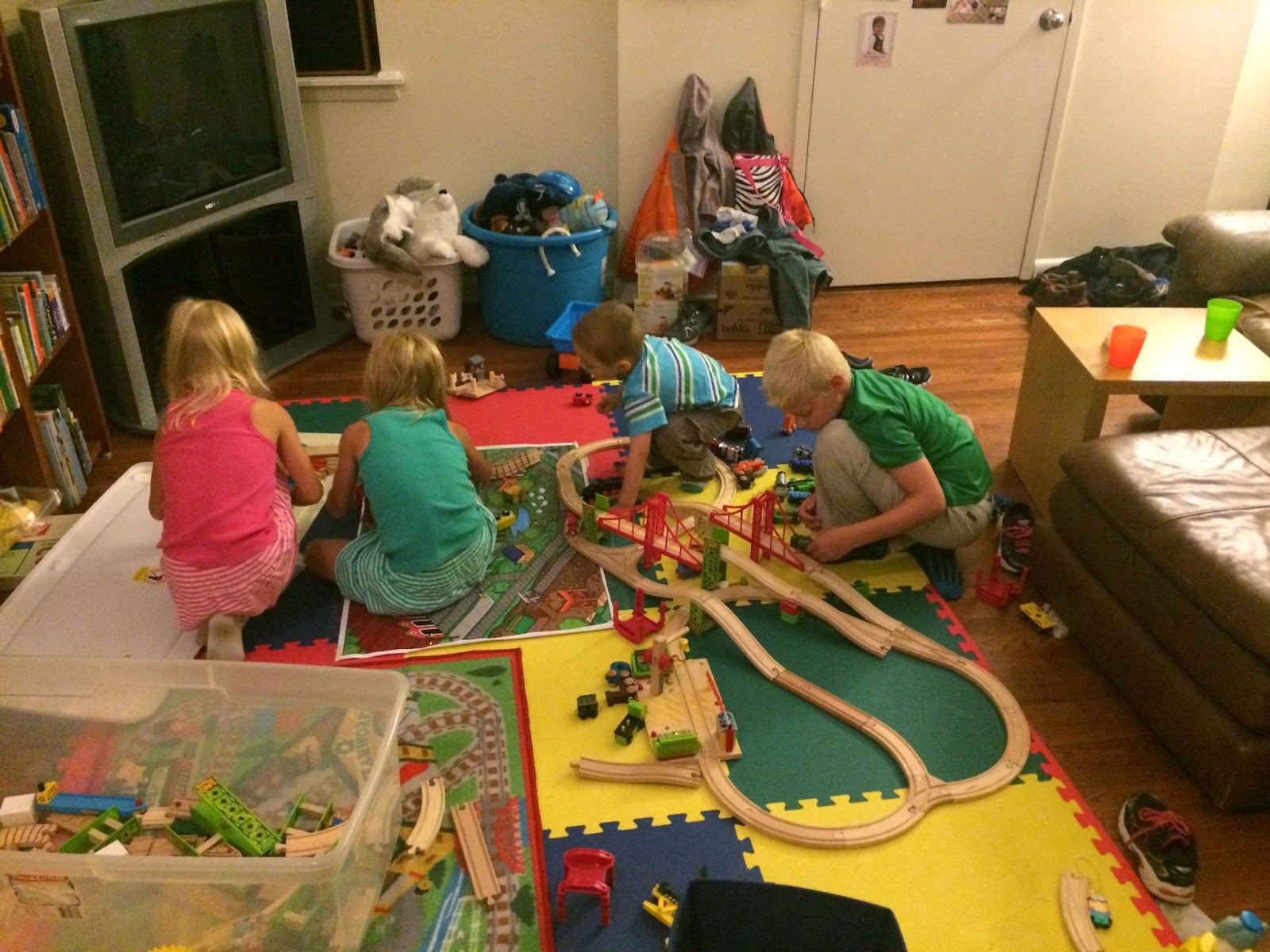 Kristen is a food scientist and works for a company that makes many great brands.  She gave us all kinds of new products that we can’t wait to find in the markets! 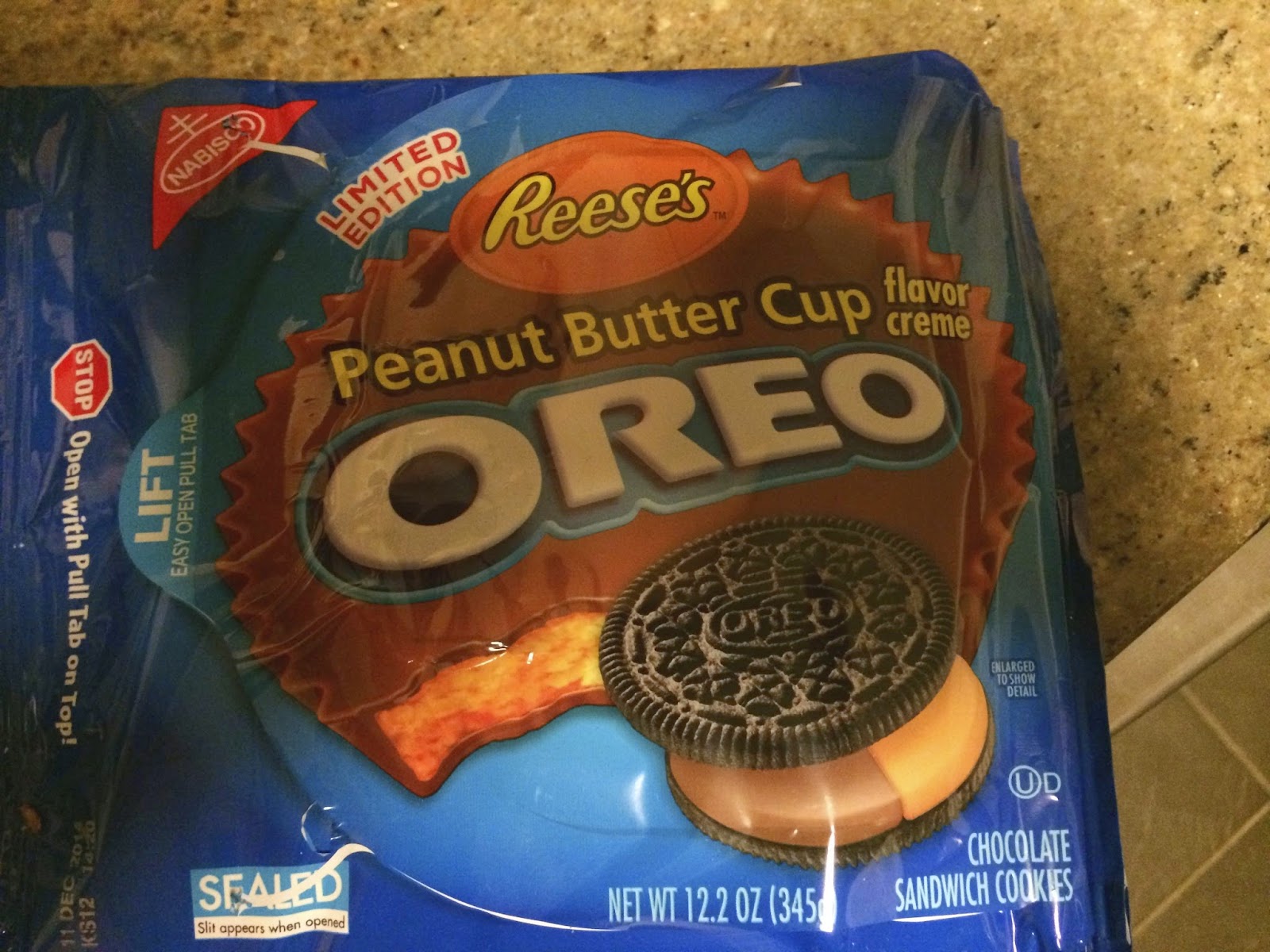 Friday AM we packed up and headed north.  The drive from NY to NH was one of our more “interesting".  It was Memorial day weekend and we knew we were in for traffic. We also found out that it’s a $68 toll to cross the George Washington bridge (and you don’t even get a t-shirt) and that in New Jersey, the “Parkways” which are more like nice 4 lane highways, were not built for RVs. Thanks to the school bus driver who honked and veered us off as soon as our GPS took us that way.  The local police explained that there are low bridges on the “Parkways”. 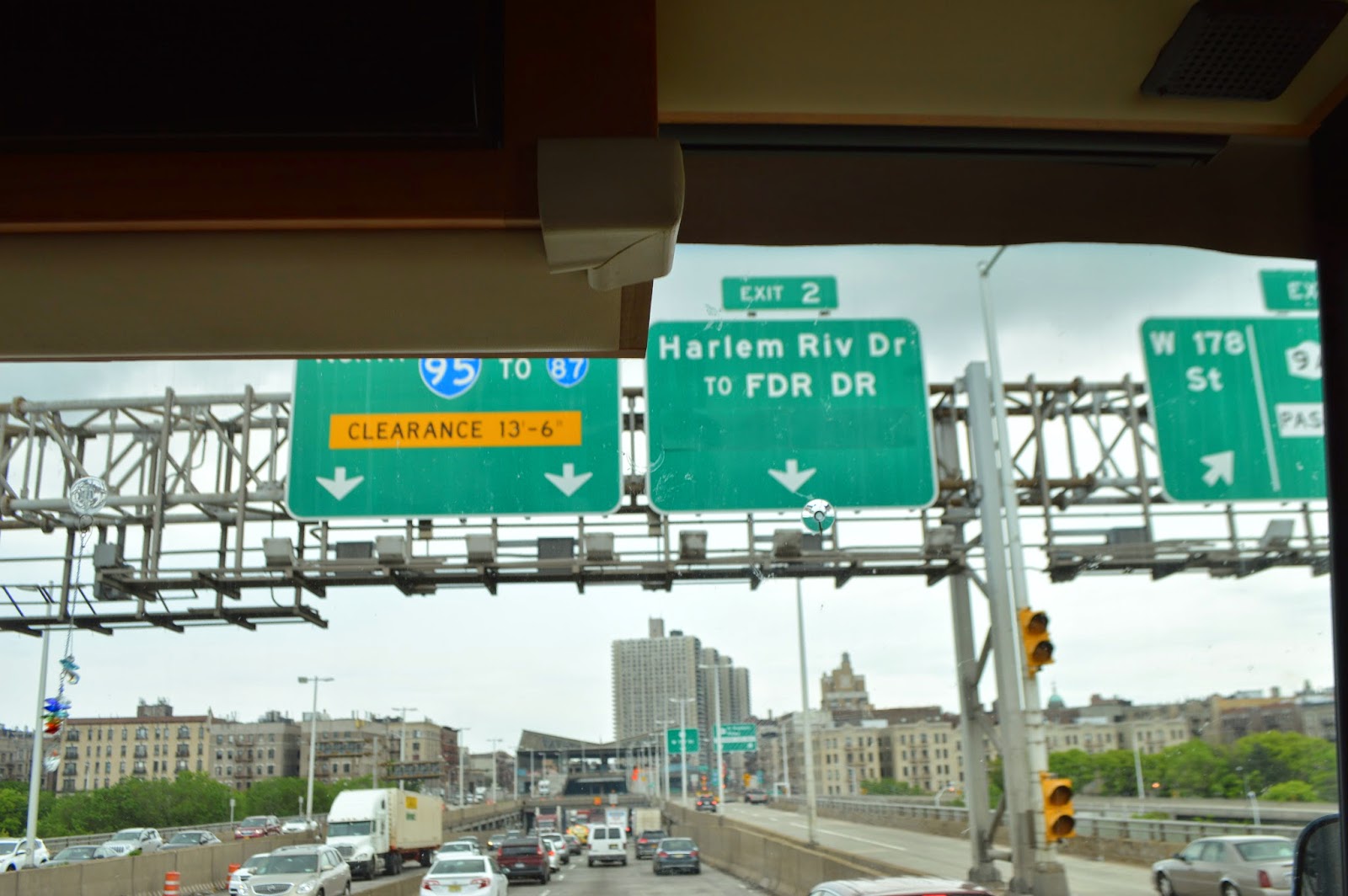 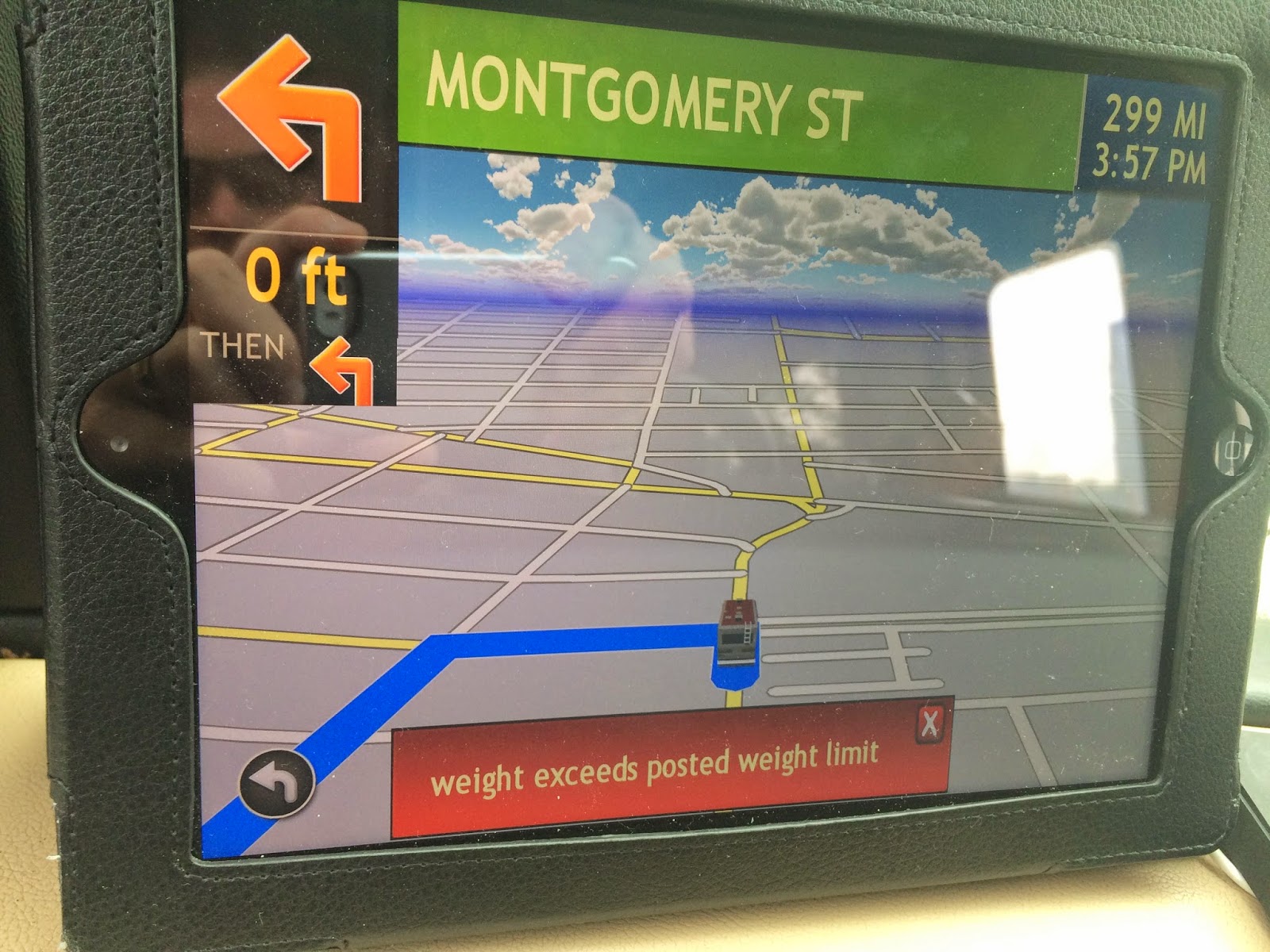 10 hours later we arrived in NH ready for more adventure.

May God bless and keep you and your family safe in the coming weeks.