Happy New Year to all!

Last we updated, we were in our final days in CA.  Before heading to Sea World, we crossed over to Coronado and visited the Hotel Del Coronado.  The sand was perfect, so the kids built a couple castles.

On the drive off the island we were in awe of the Navy ships. One that caught our attention reminded us of our sci-fi Waterworld reenactment at Universal Studios. 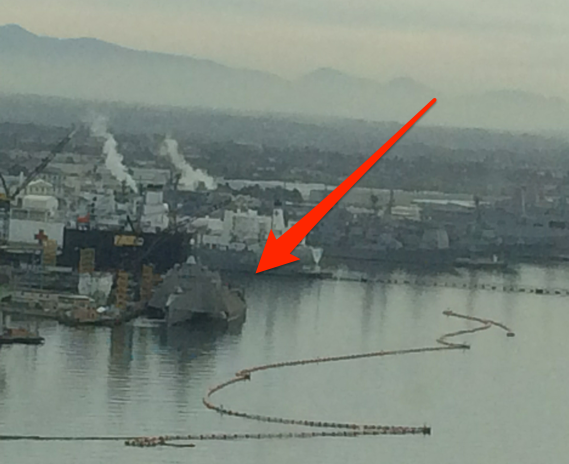 After some googling, it appears it's a "pre-commissioned" vessel being tested. We'd like to volunteer for a test drive if anyone from the Navy is reading
http://en.wikipedia.org/wiki/File:Independence_(LCS_2)_in_drydock.jpg

Katie and Anna are starting to read everything.  They read signs as we drive.  On the drive to Sea World Katie exclaimed "Wow, that's a HUGE Petco!" 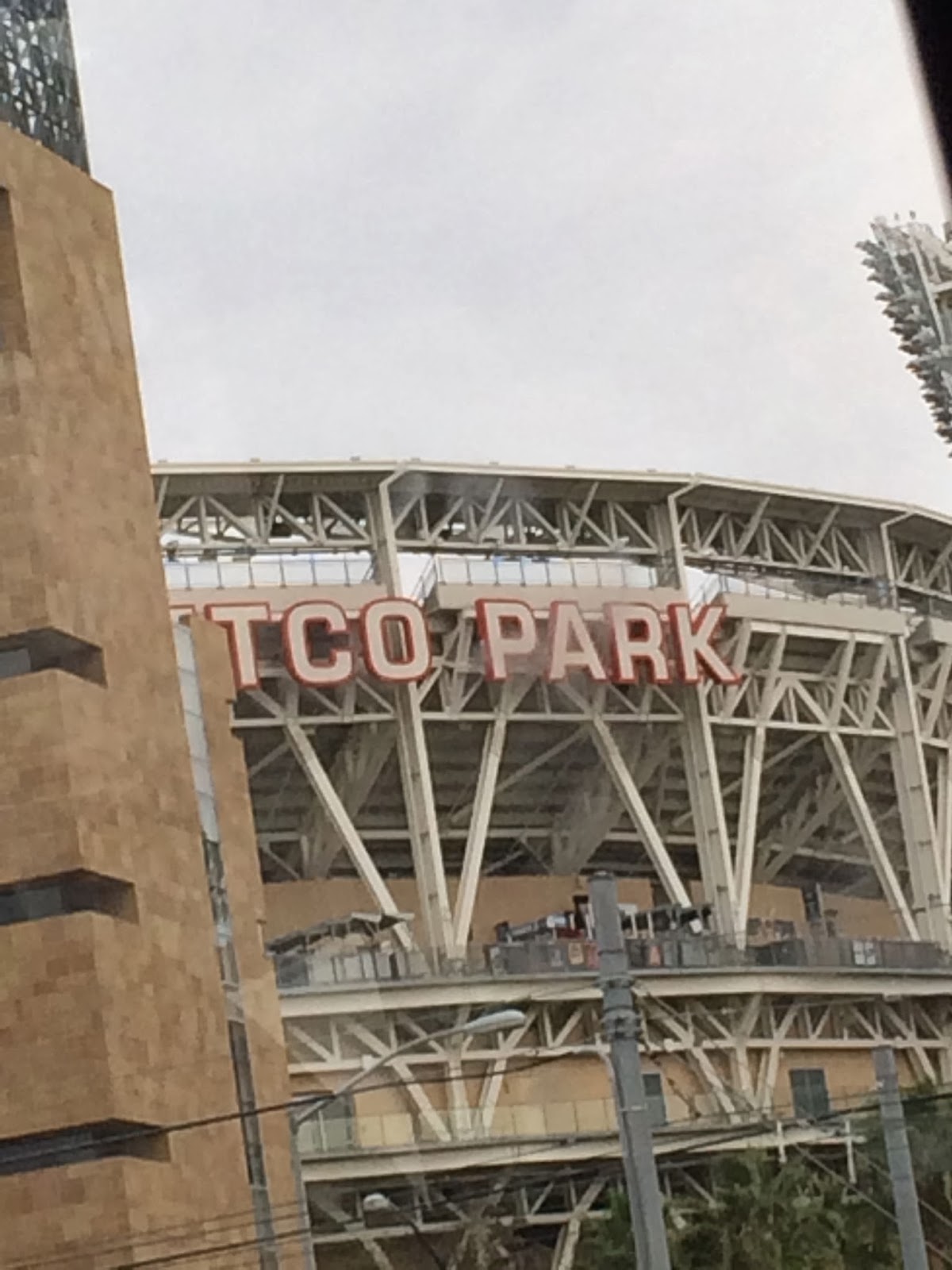 Despite some recent negative media attention, we enjoyed our time at Sea World and are thankful such places exist.  The impact of first hand experience with the creatures that inhabit this planet with us can't be replaced by a movie or book. 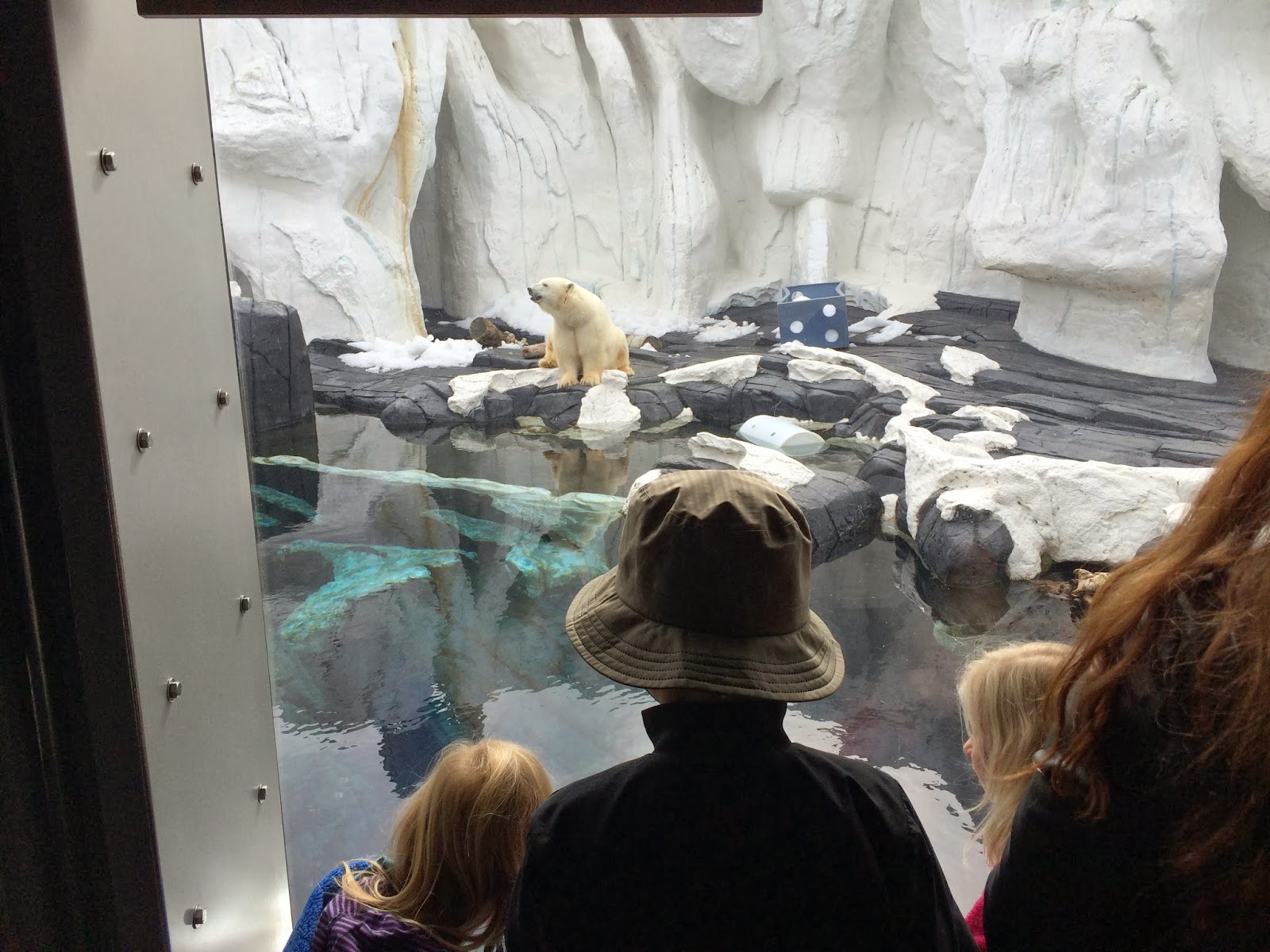 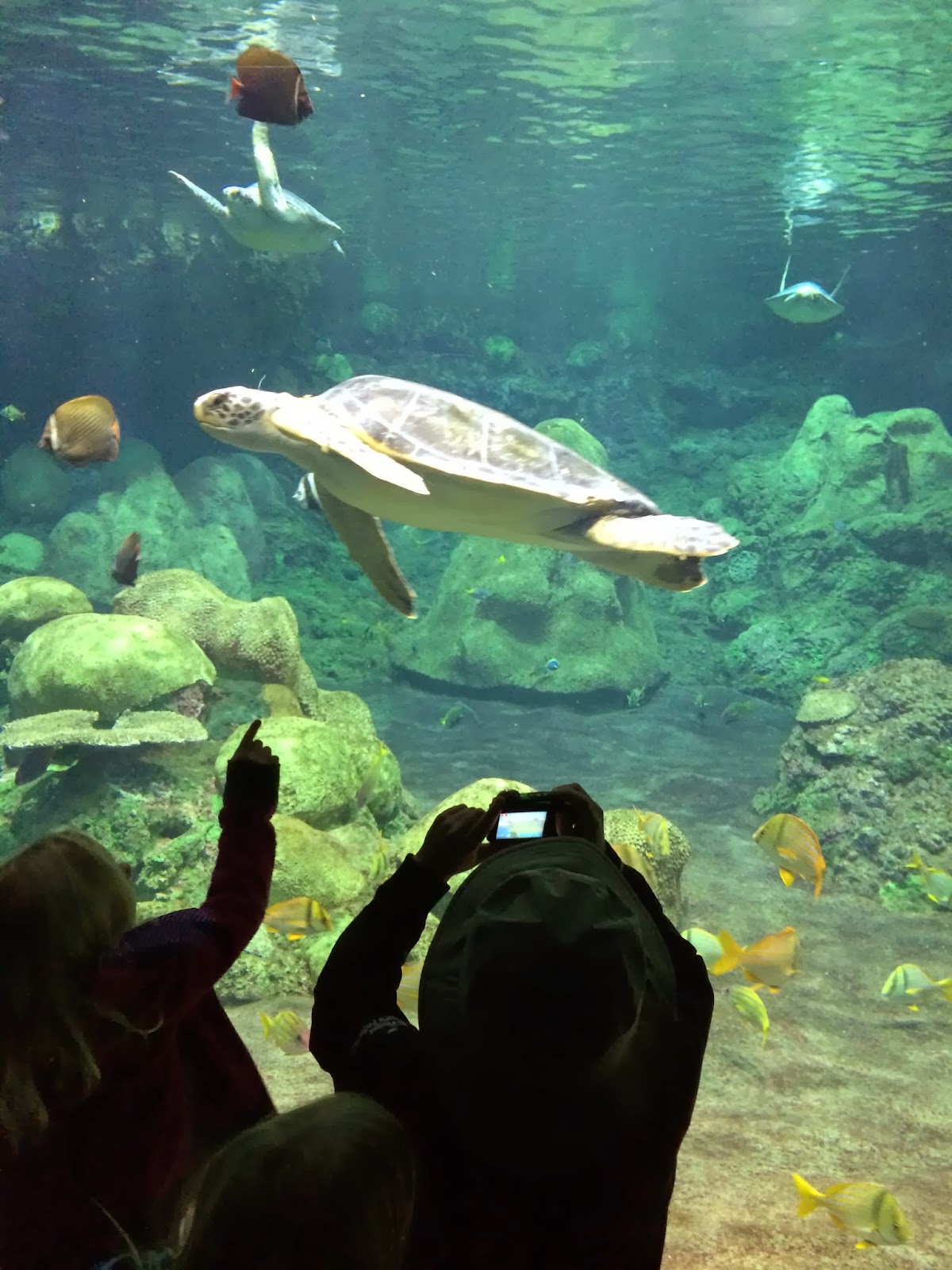 One of our last events at SeaWorld was ShipWreck Rapids.  The sun was setting and the temperature was in the high 40s.  We'd made it through a couple of the big falls without too much water.  Then suddenly we heard some random person shout out "Get ready to get wet!".  The next thing we knew, that complete stranger was firing a water hose with ice water onto our heads from 20 yards away. What happened to random acts of kindness???   It turns out, for $.50, you can fire a water cannon at a passing boat.  He better not be around us for Pay if Forward day;) 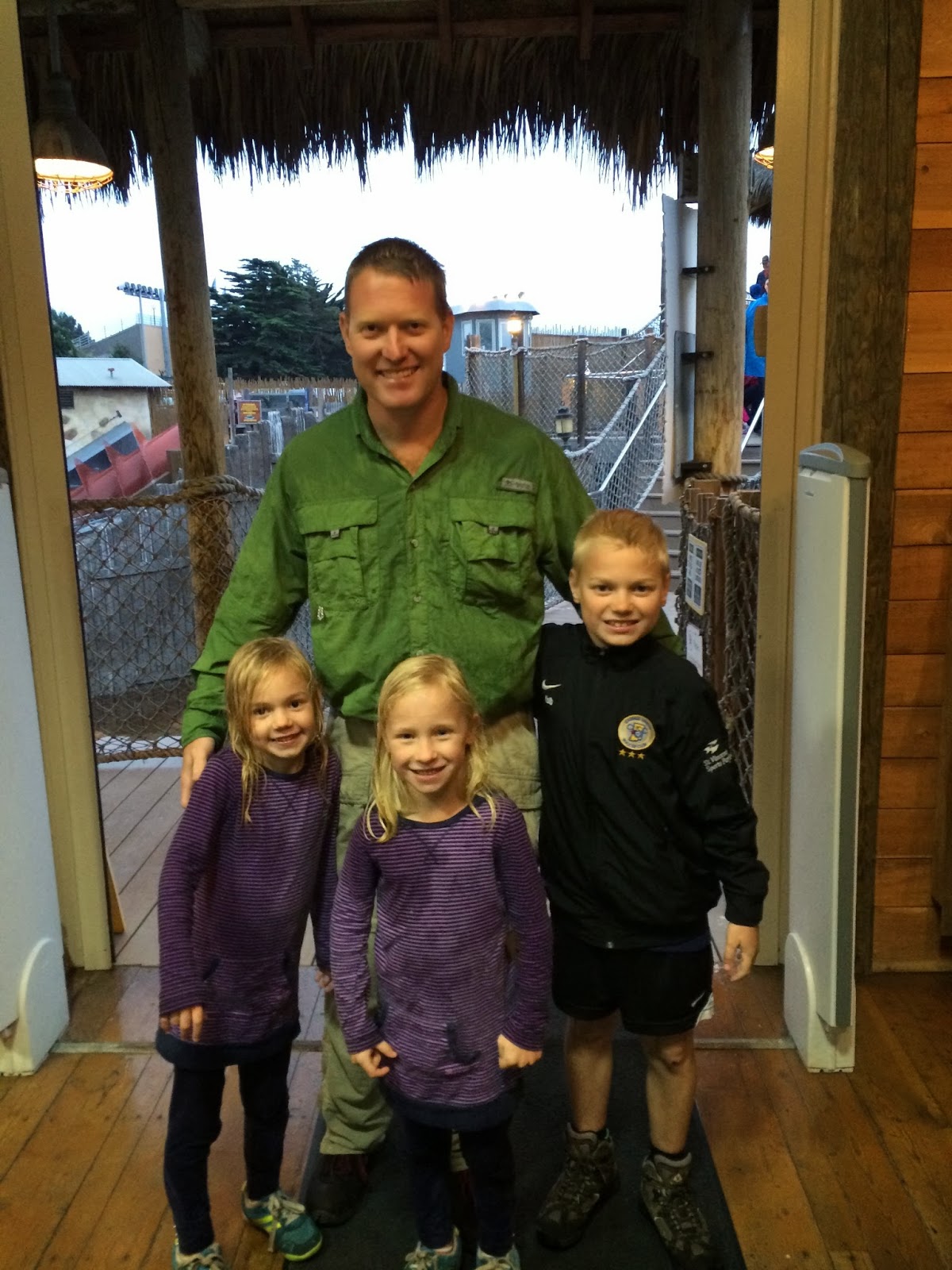 Our time in CA was at an end.  We packed up the next day and headed to Yuma, AZ.  We were eager to see our friends Mat and Patricia who had been there for a couple weeks camped out in the BLM lands near the military "Yuma Proving Grounds."

As we drove out to meet them, we spotted a new sign that adds some excitement into a drive!  (In case you can't see it, it's a "Tank X-ING") 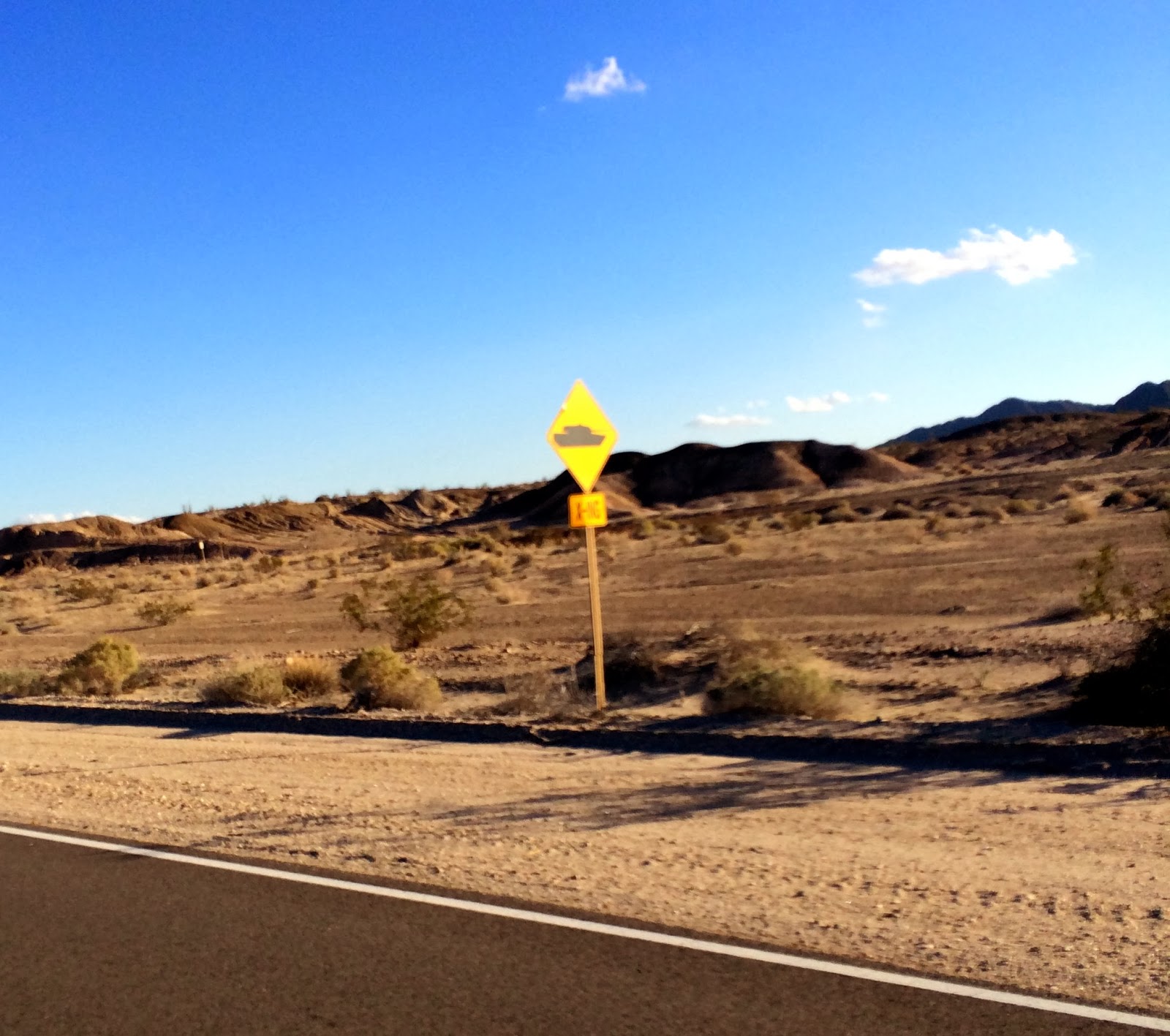 They took us on a hike in a small desert canyon, then to the local base for bowling, and we ended with front row seats to another fireside concert. The concert included a new song Mat had written after our last visit and his observations of the curiosity of a child - specifically one named JAK! Hopefully we can post the song soon. 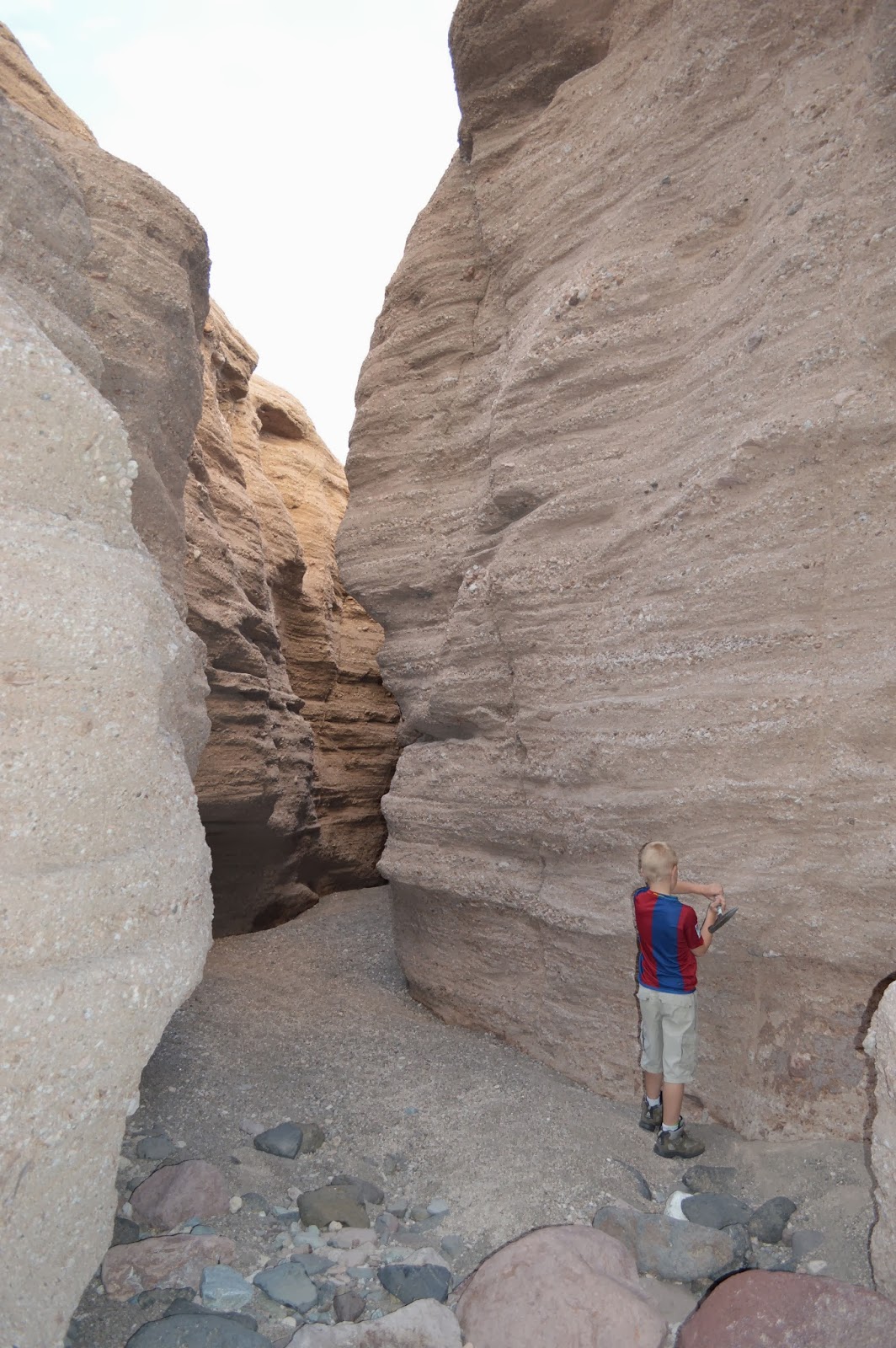 Sadly, they needed to depart the next AM, but gave us the best directions they could to a place they have been mining for turquoise ("take a left at this rock, go up by this cactus, and veer towards the sun).  And what do you know, we found the spot!!  We had one of our two recent amazing mining experiences that day 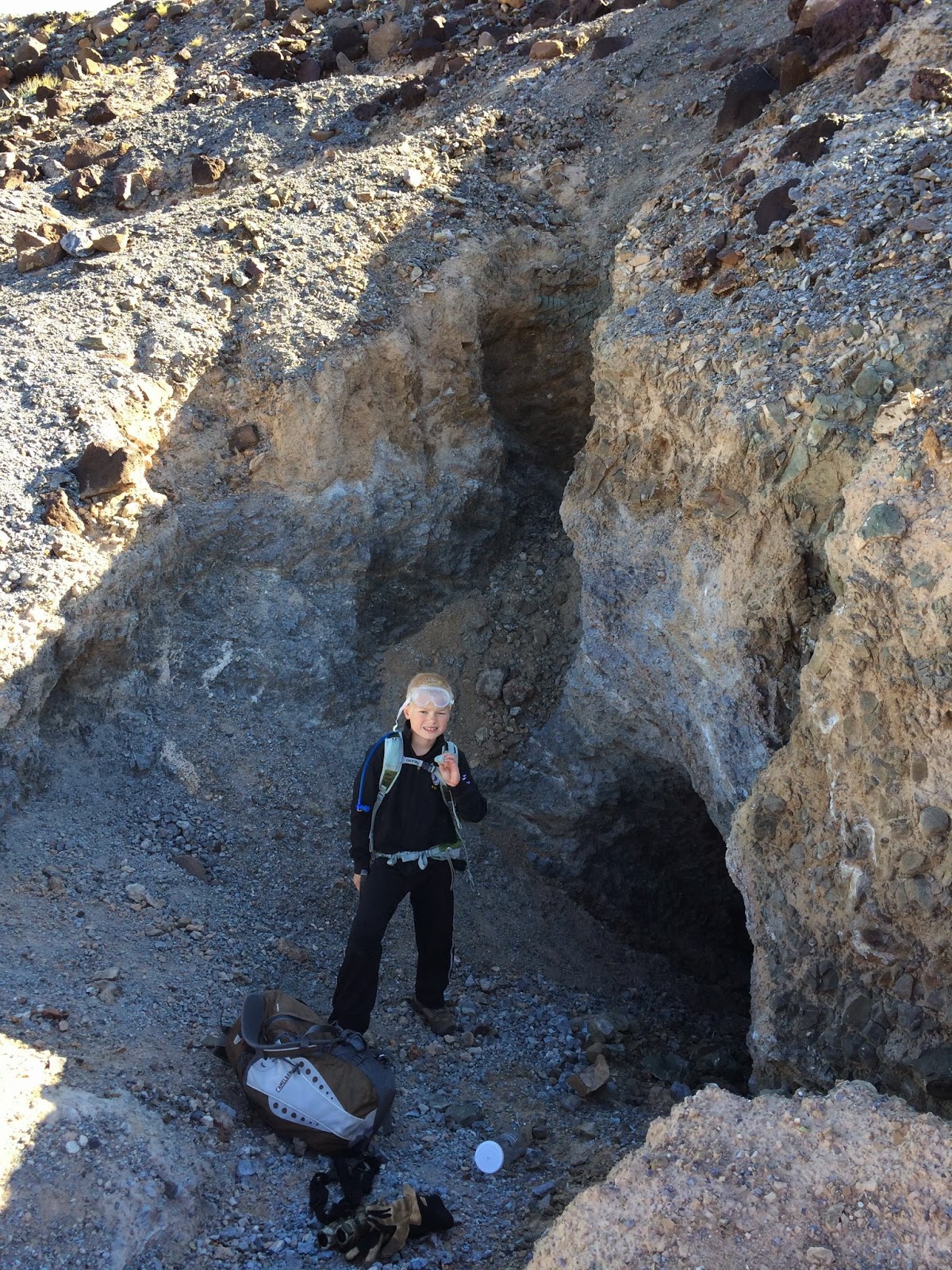 The next AM we departed for Casa Grande.  Along the way we stopped for a date shake in Dateland, AZ (pictures not a good idea. It had chunks. But was excellent).  Sarah, Jeff, and Brooke arrived that evening from MN. 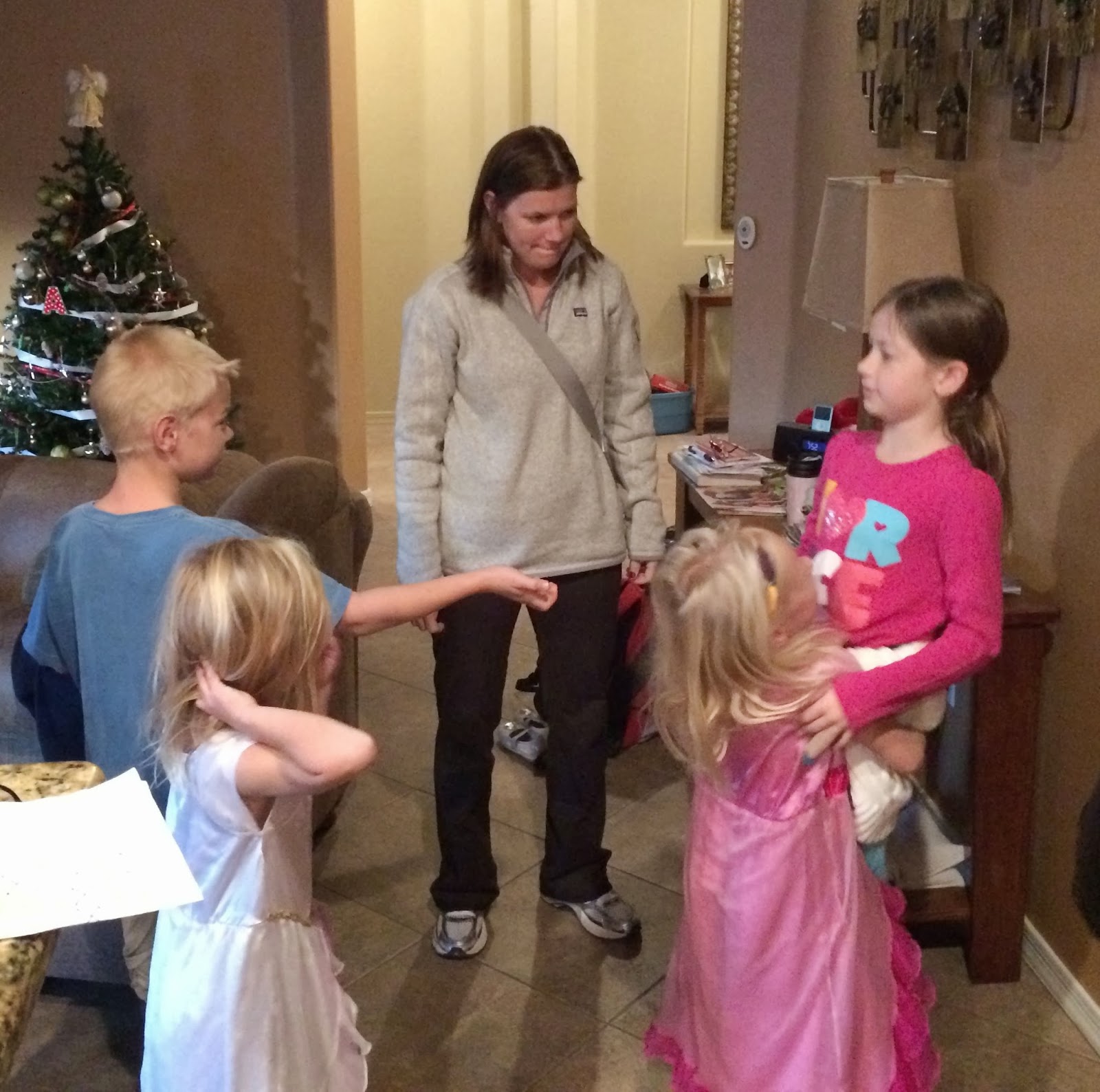 The next day Grandpa had a special treat lined up for JAK and a work-out for Daddy.  He has a friend (also Jack), who has a "claim" on land he had been successfully gold mining.  He was willing to take a few novice miners out for the day in return for some labor. We headed out before sunrise and mined the old river bed until around 2pm.  In the very first group of buckets run through the shaker machine there was a "rattler" nugget in the miners moss! The "Jacks" had struck gold! For the next 5 hours, Dad and Grandpa, chipped, dug, and slung dirt so that that pair-of-Jacks could run the equipment and make the important decisions:)  It was"real" gold mining and very exciting. 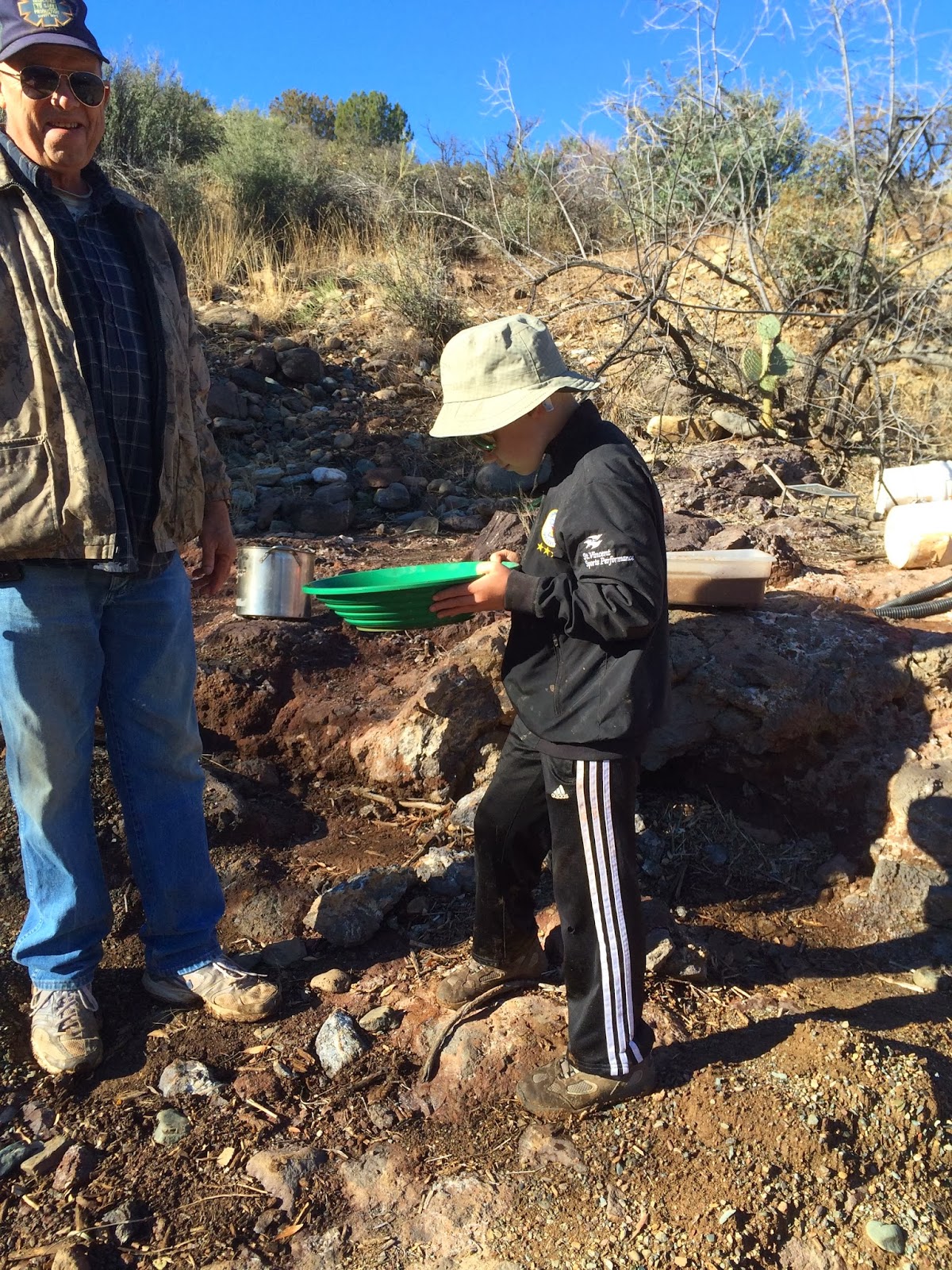 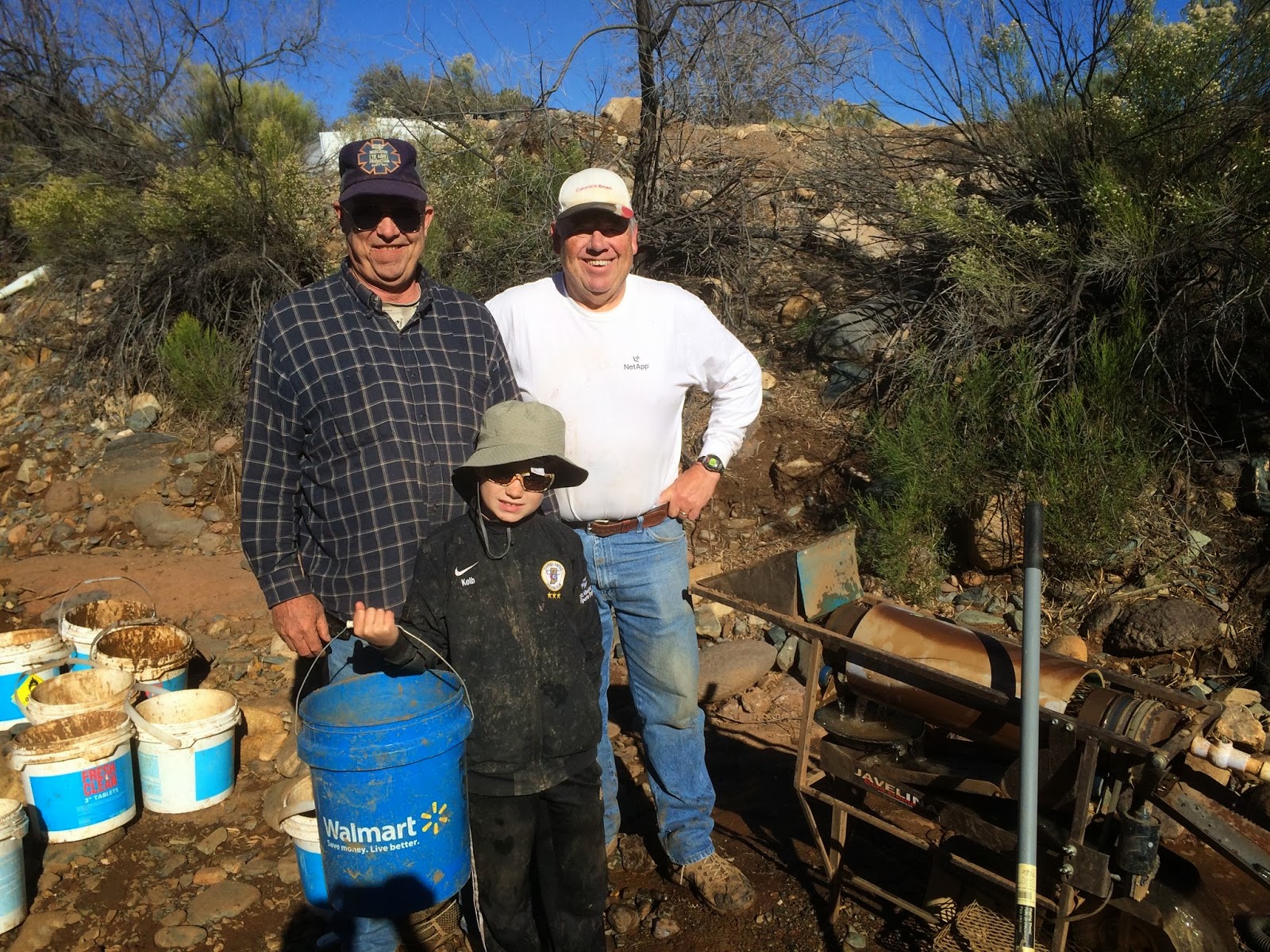 Christmas Eve day included lefsa making (can't give out that recipe, it was Grandma Larson's secret), a run with cousin Brooke and Sarah, and a Christmas eve service. 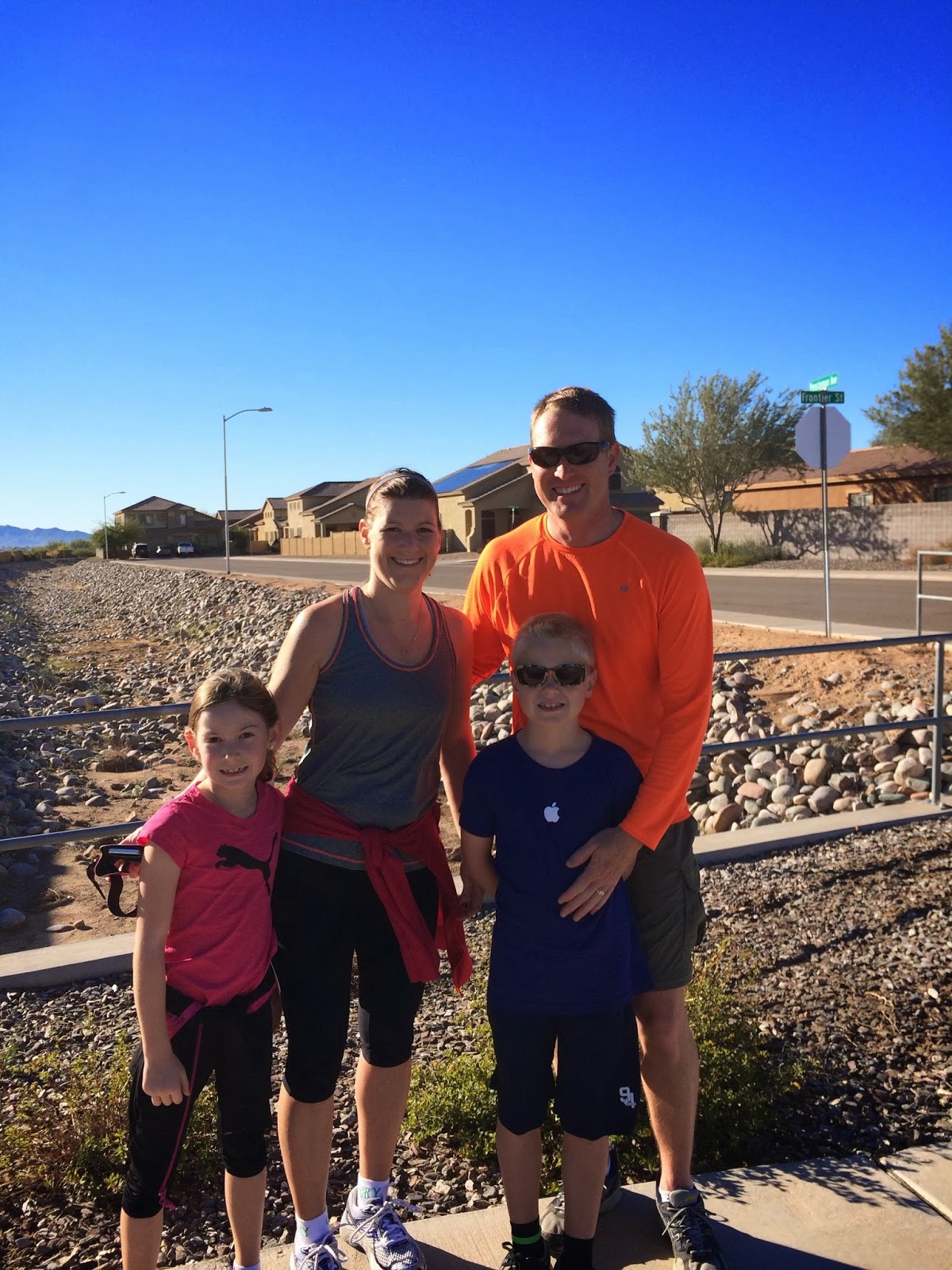 For Christmas day we climbed Casa Grande mountain to work off that lefsa. 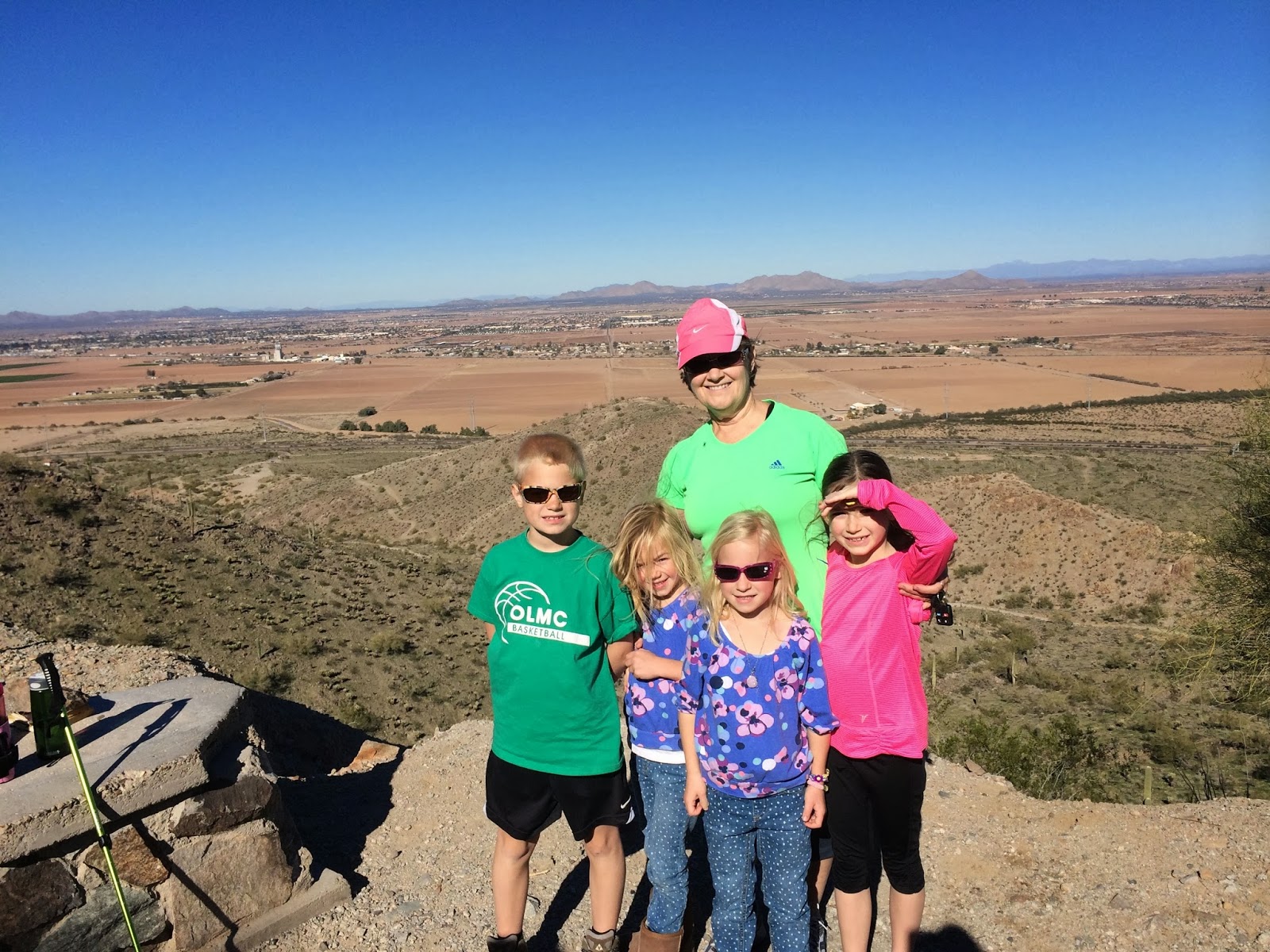 After Christmas we all headed down to the Tucson area, Saguaro National park and the Arizona-Sonora Desert Museum. 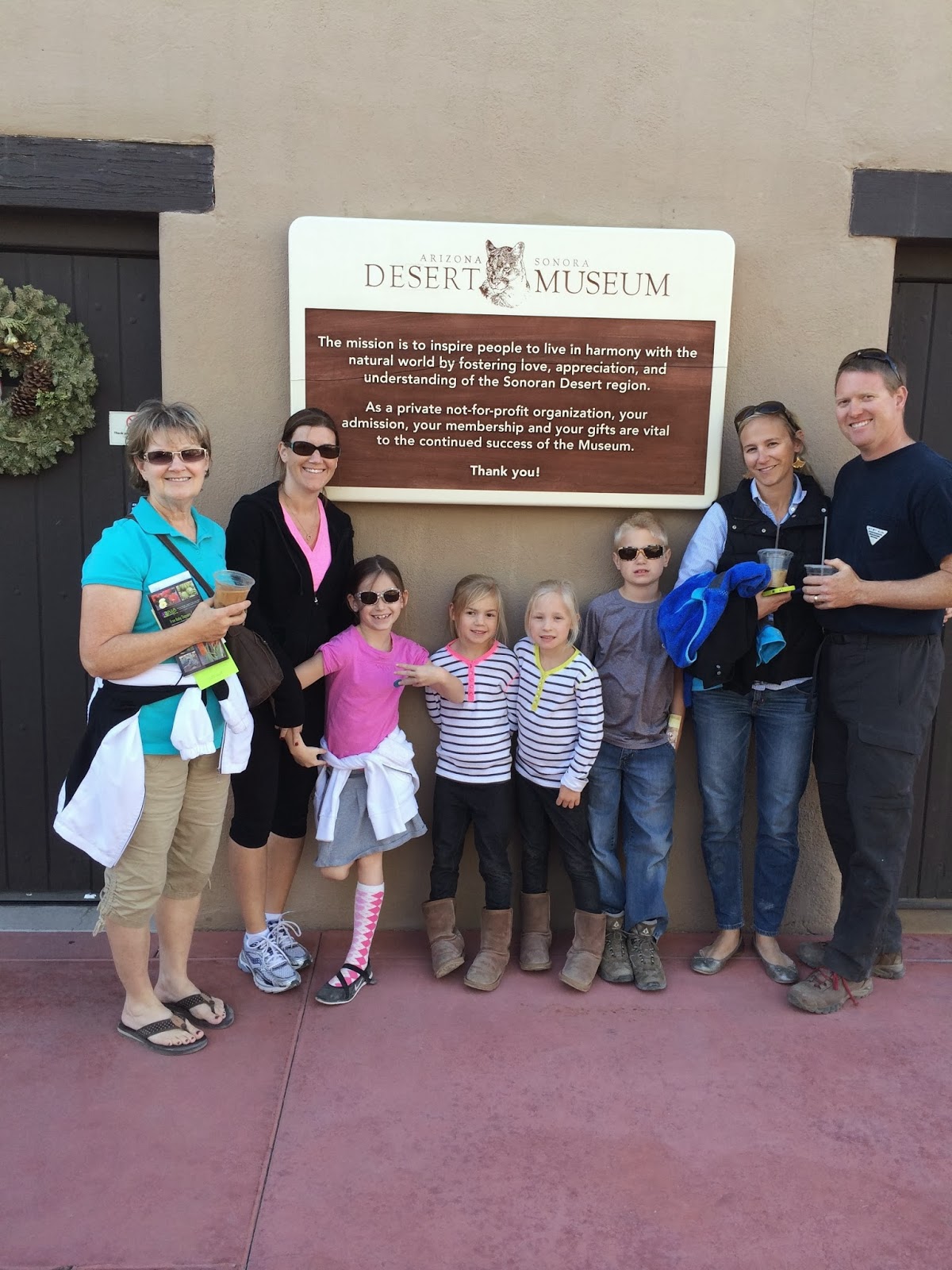 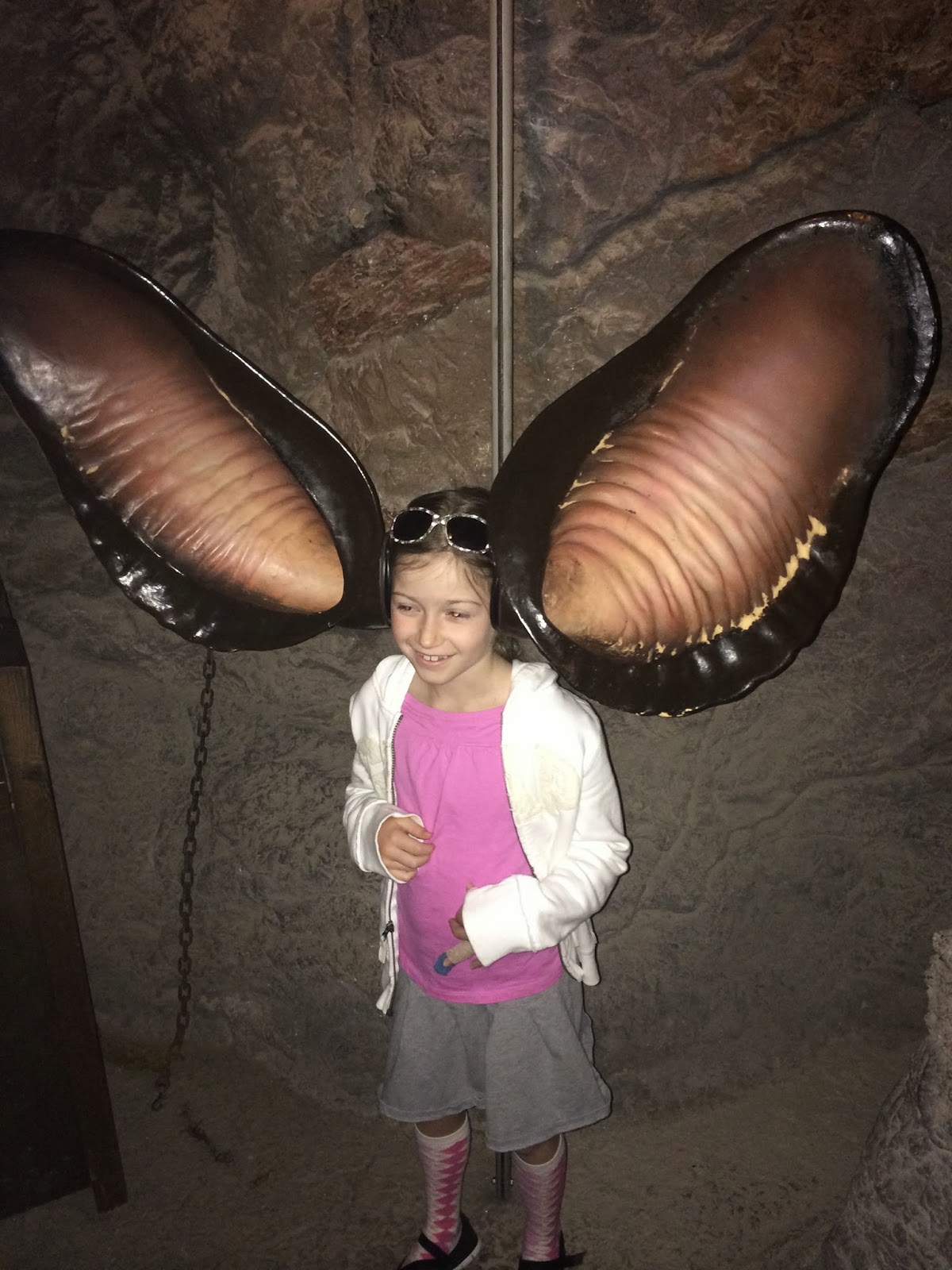 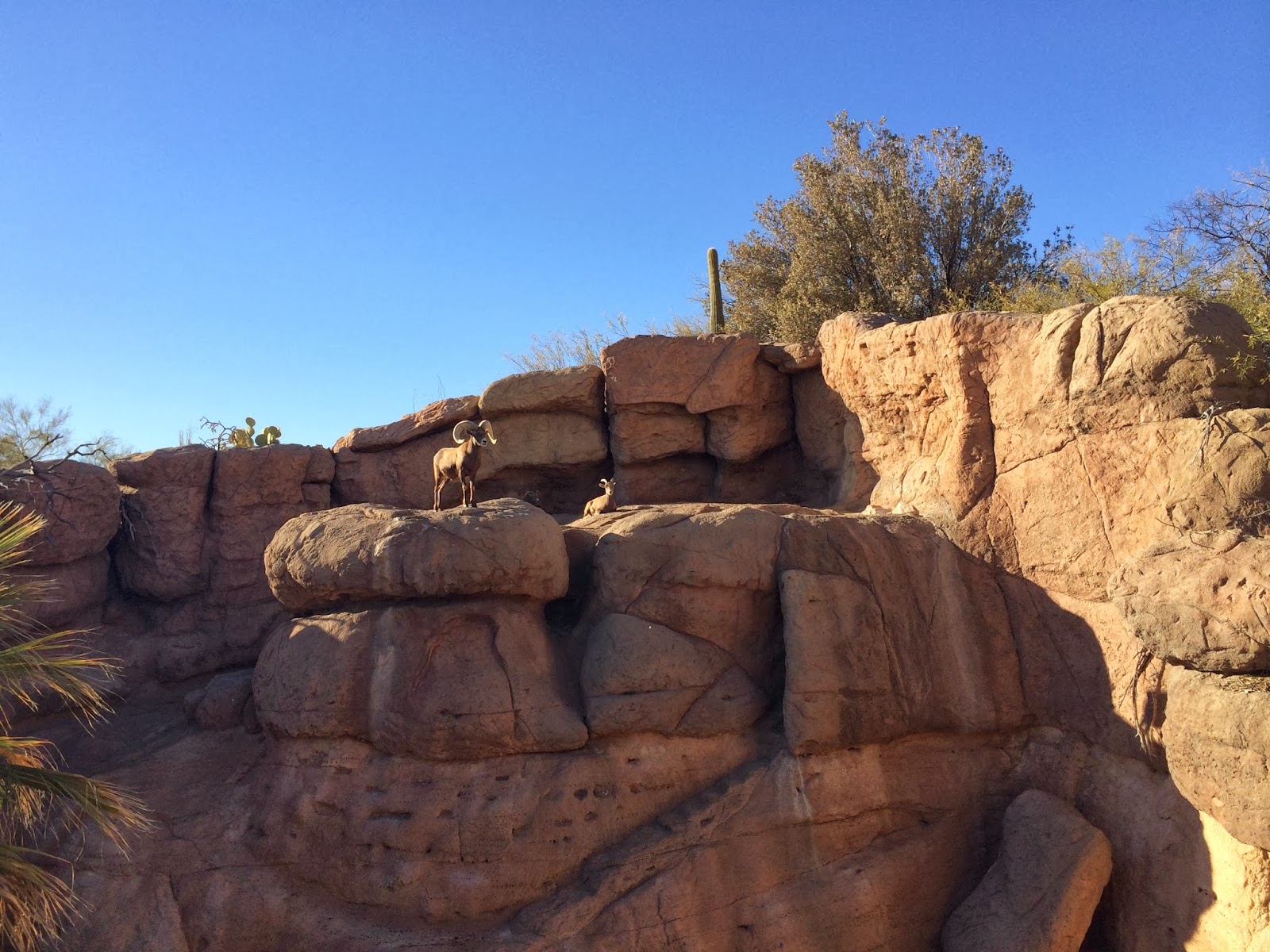 We also had the opportunity to meet and visit with extended family in Case Grande. 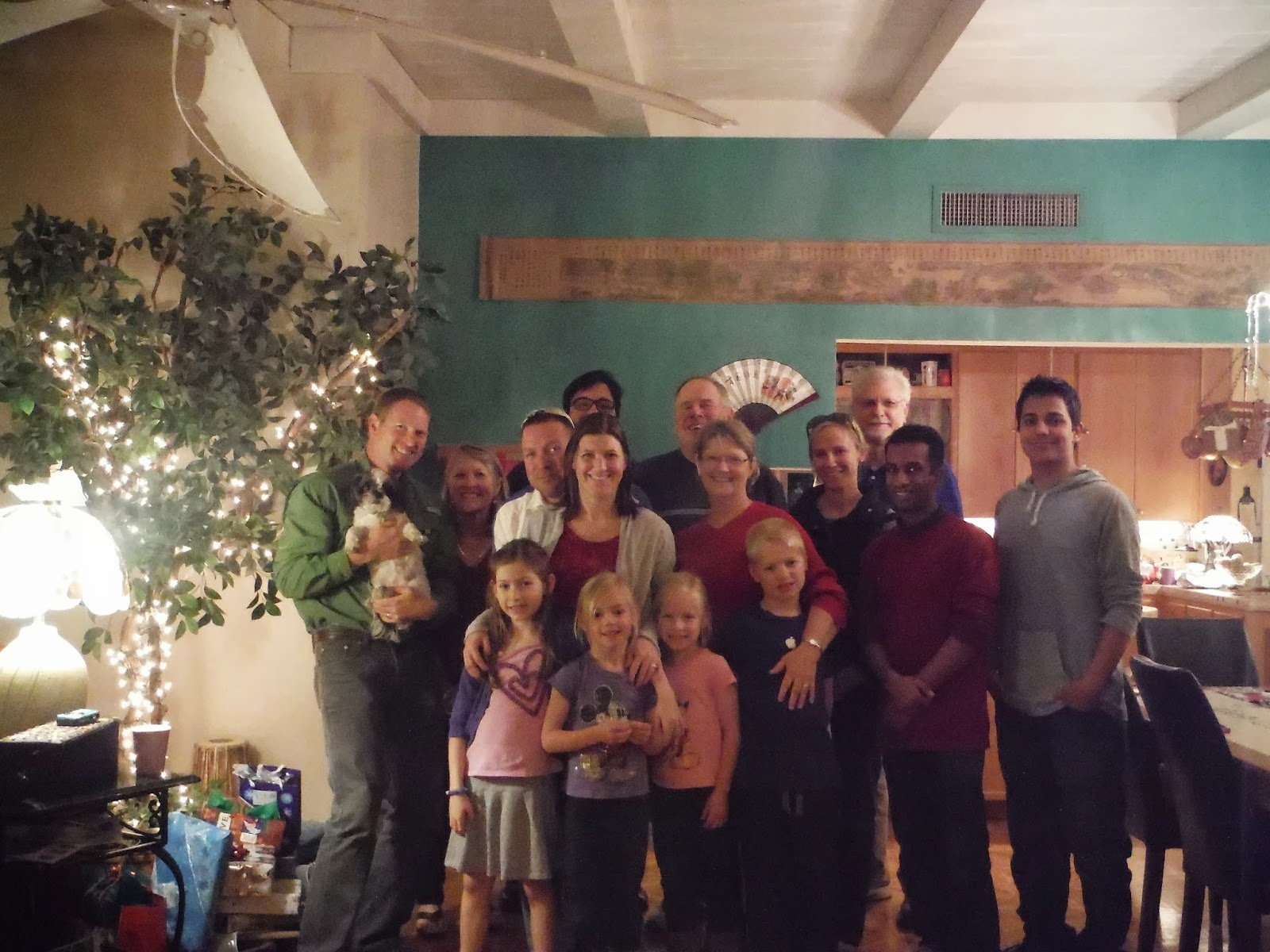 We enjoyed a few days relaxing, swimming, (even golfing!) and hanging out with the Wisdoms.  It was sad to see them go and we felt even worse because the weather in MN and the midwest was not welcoming them back properly! 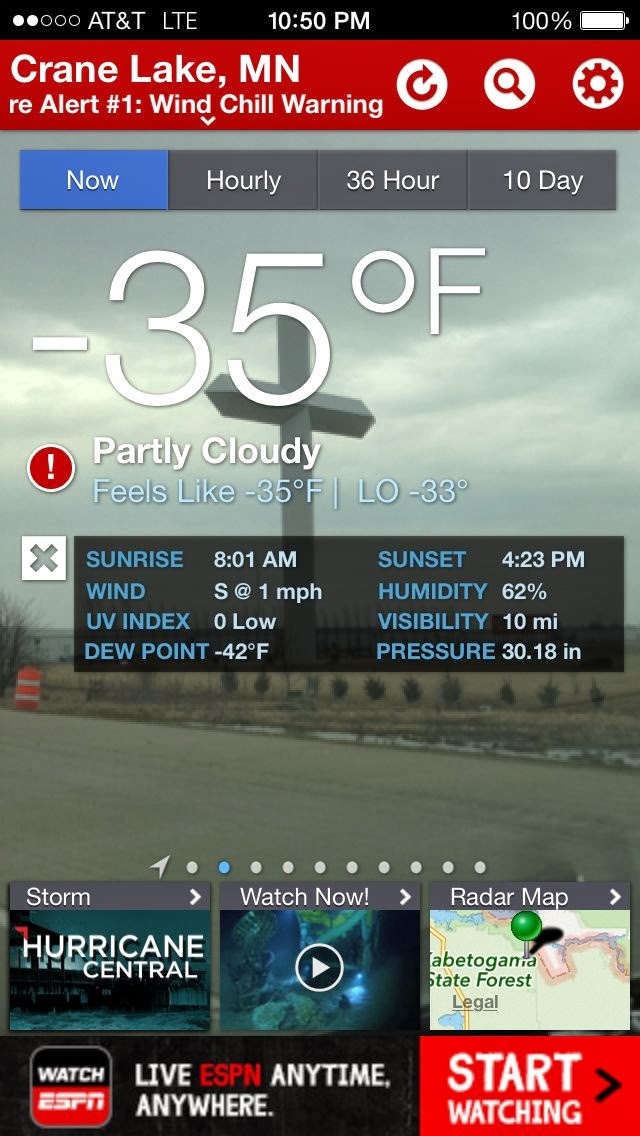 Sky diving in the Casa Grande area is big business.  It's second in the world for number of dives annually. People live full time at the main dive area so they can jump out of planes daily. While there, every 15 minutes or so 20+ people would come falling out of the sky.

JAK ended 2013 by diving in a safer, indoor diving room! 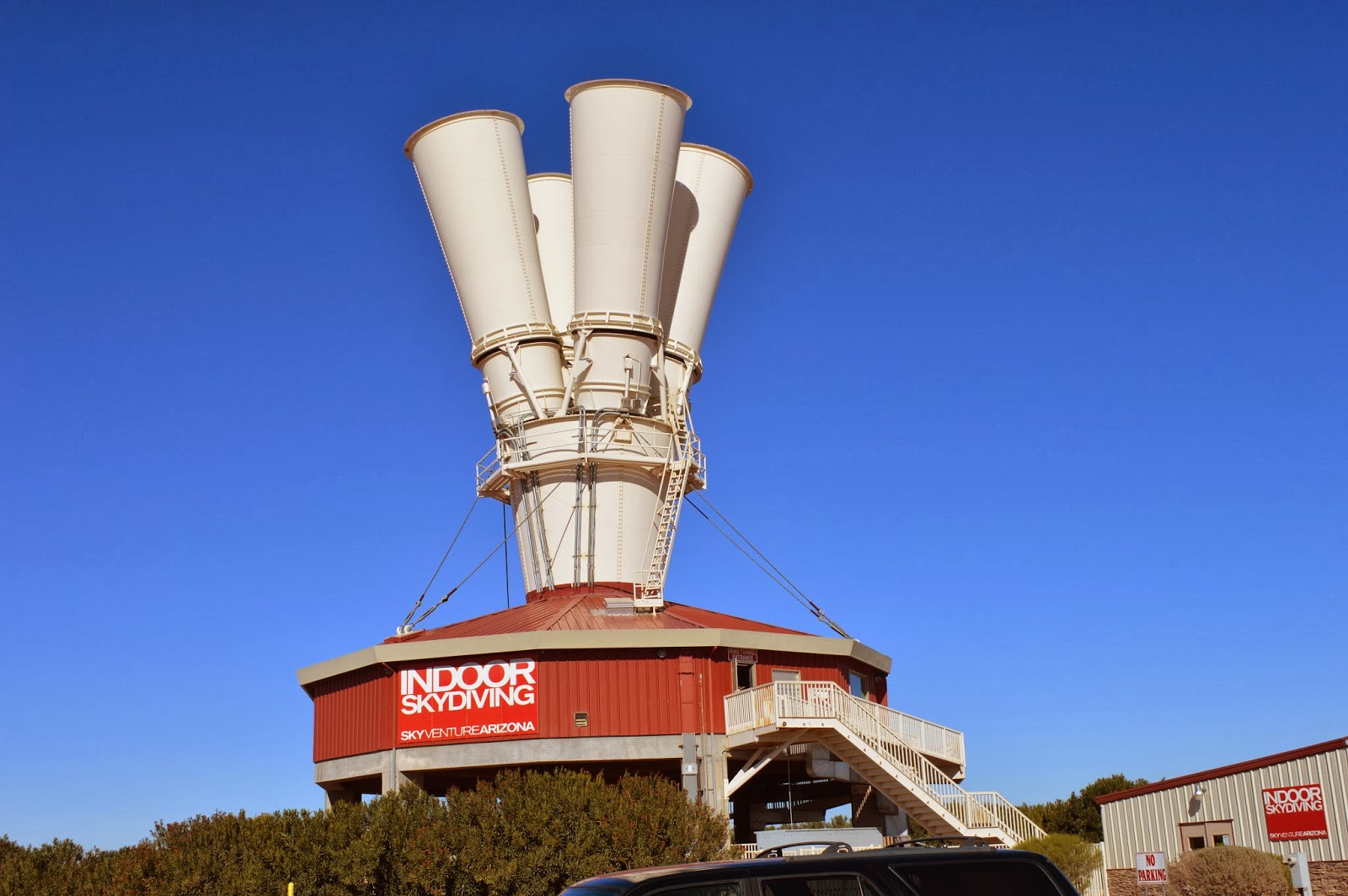 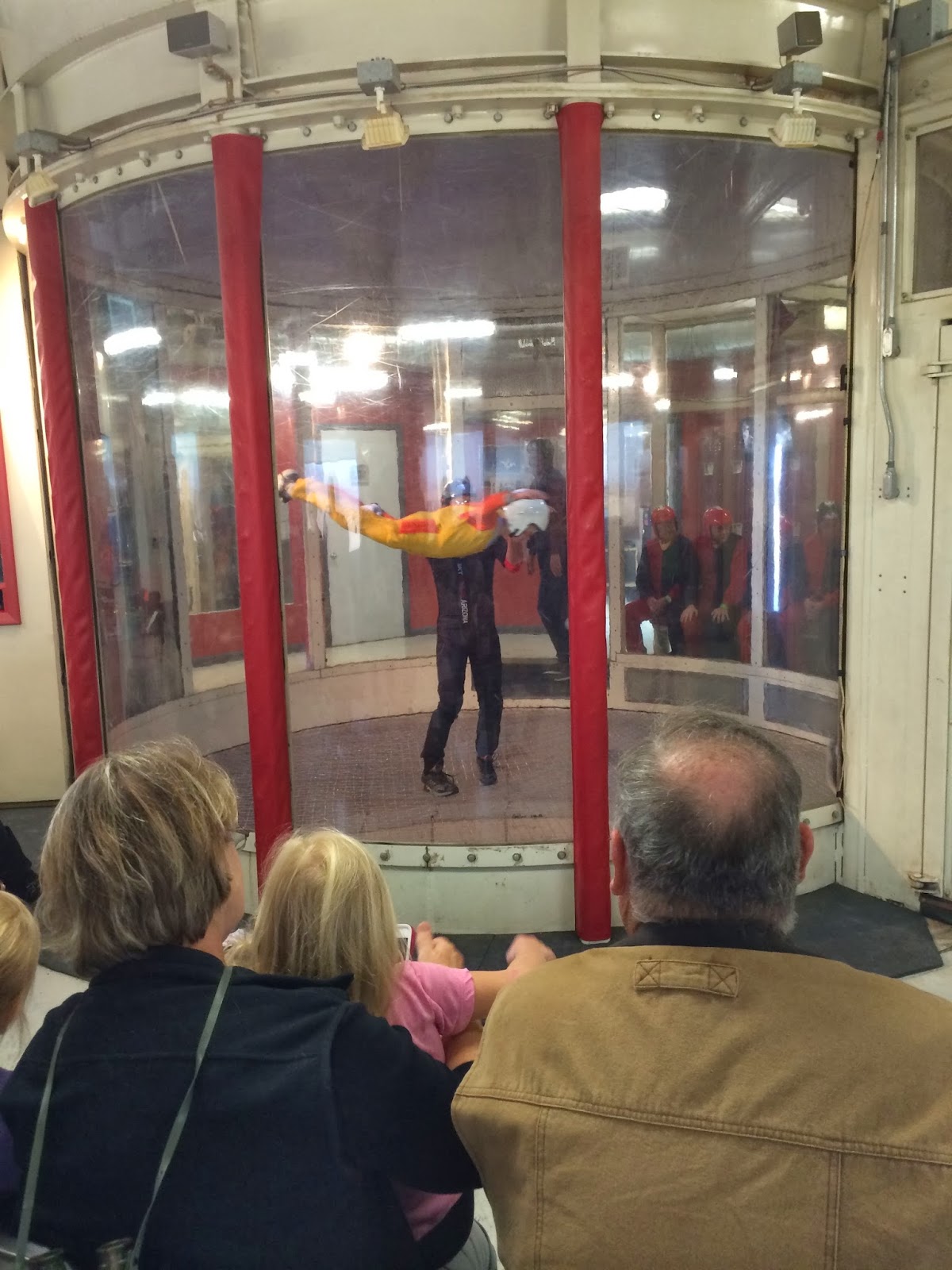 We spotted this guy on the side of the road.  Sorry for the morbid picture of a dead animal, but it was a wild and an odd sight to behold. 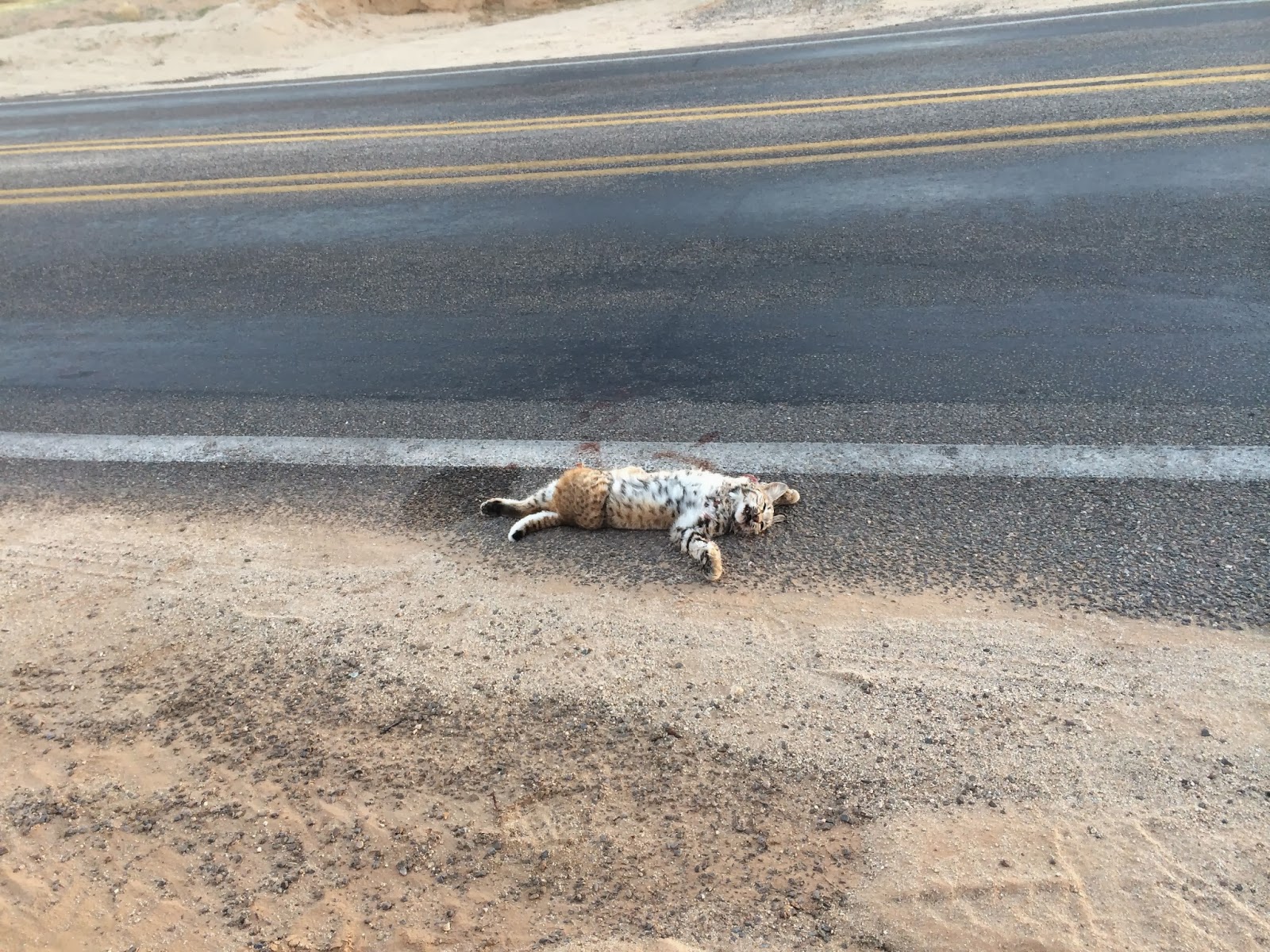 We headed to the Grand Canyon (without an RV). 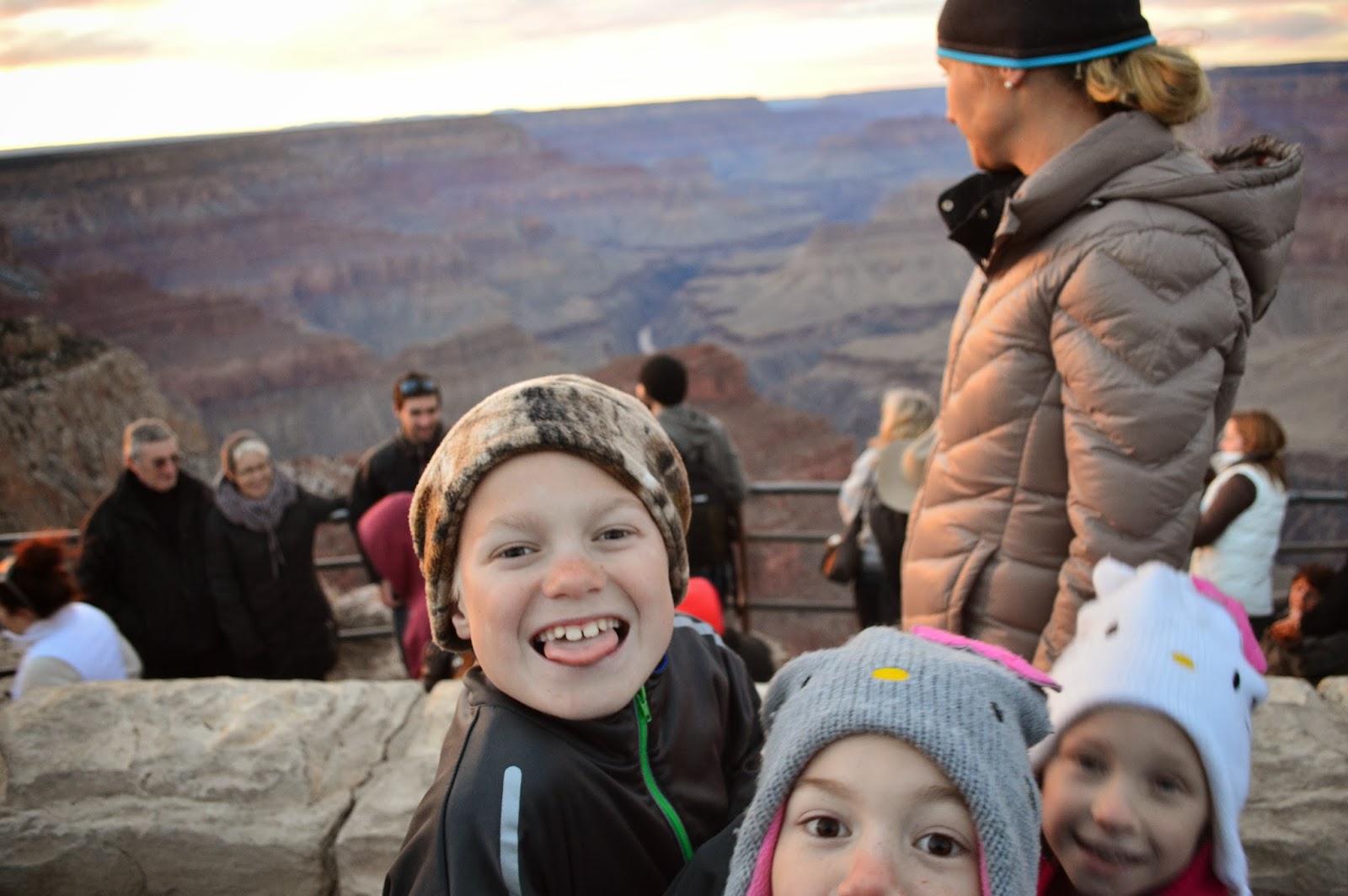 And of course went to the Kolb Studio to meet the famous Kolb brothers. They had a photo studio and also made the longest running motion picture. (It ran there for over 60 years at their studio) 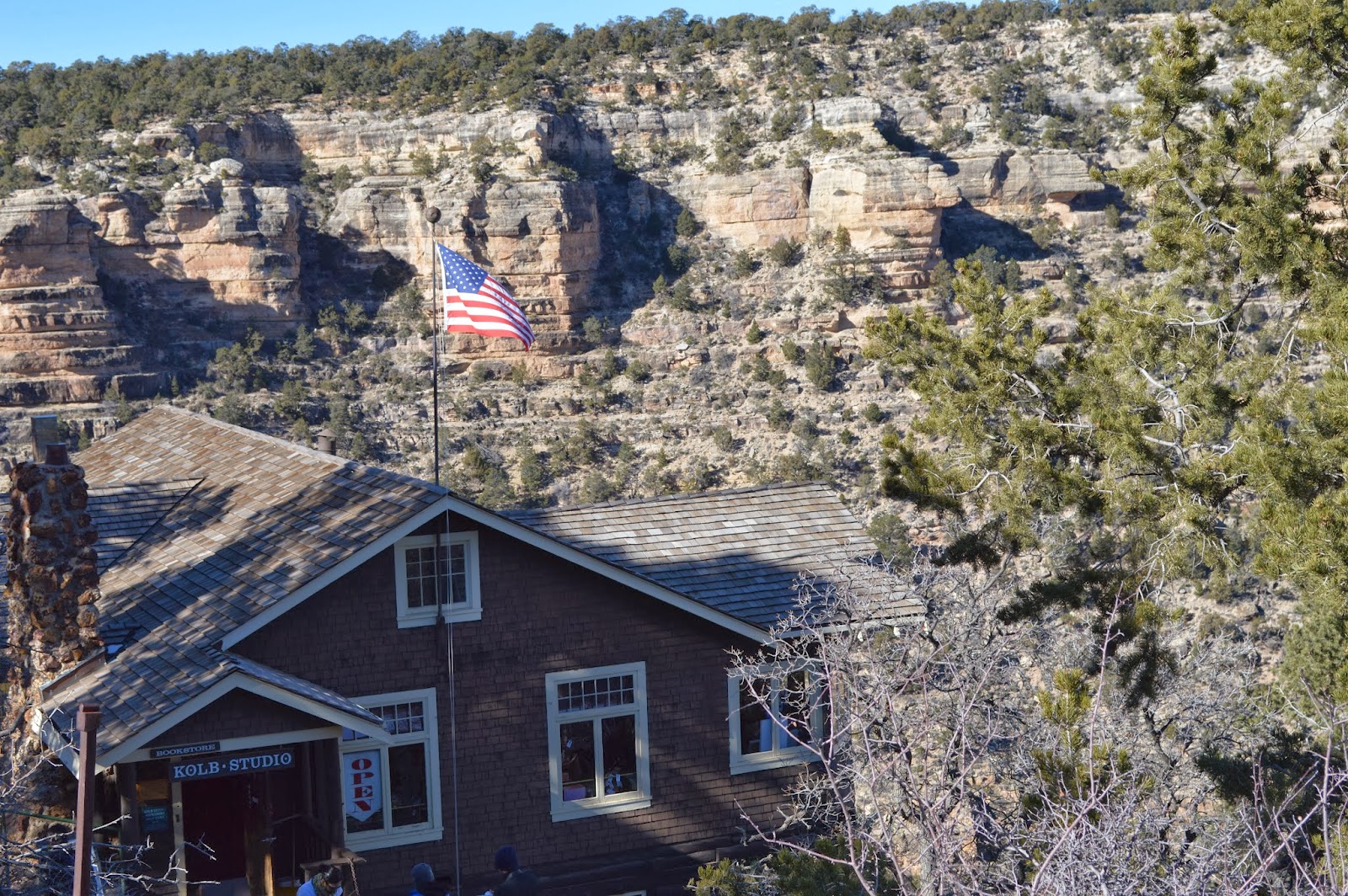 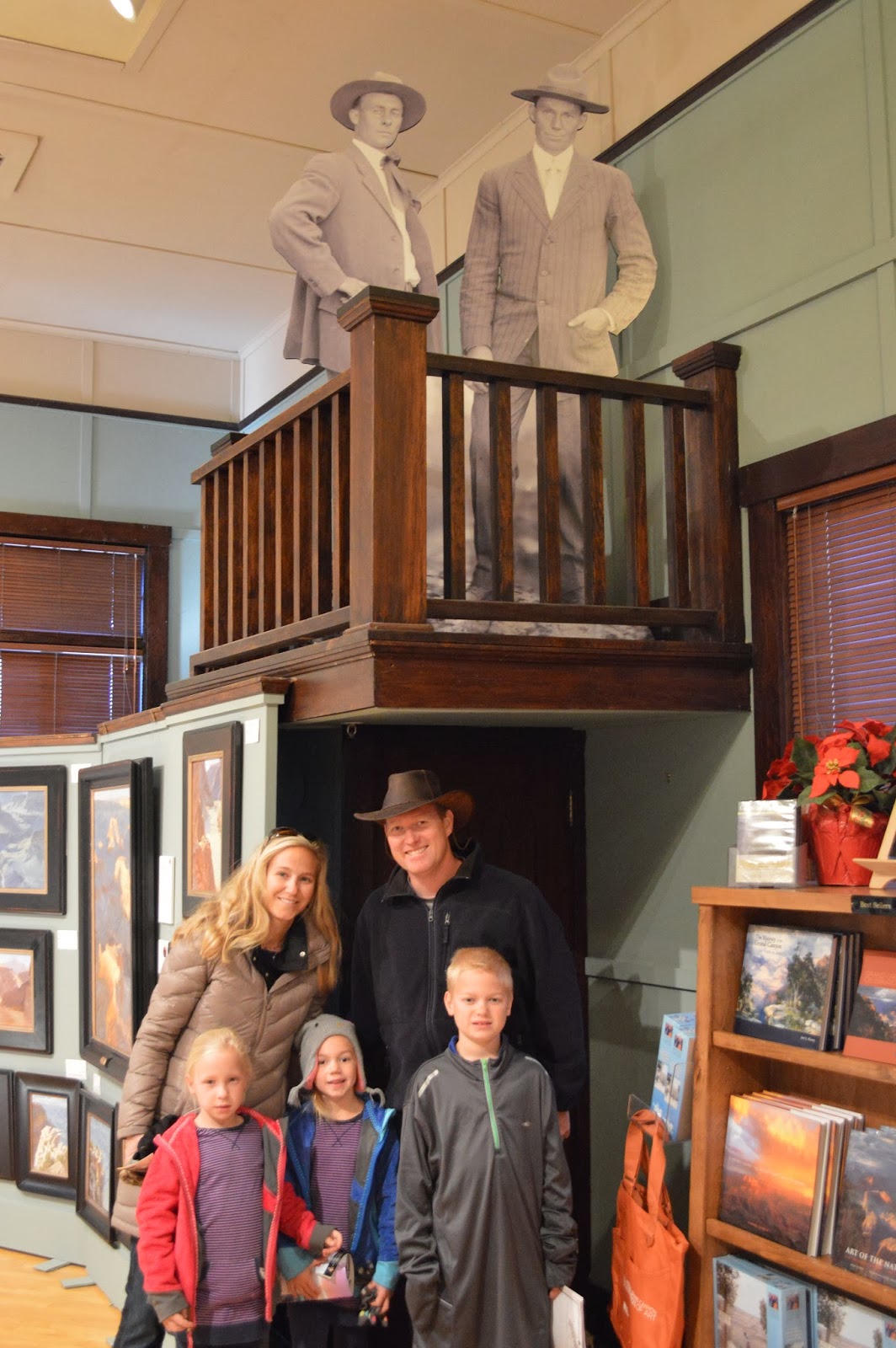 And then we headed to Sedona. It's a hiking and off-road paradise (at least in the winter!) 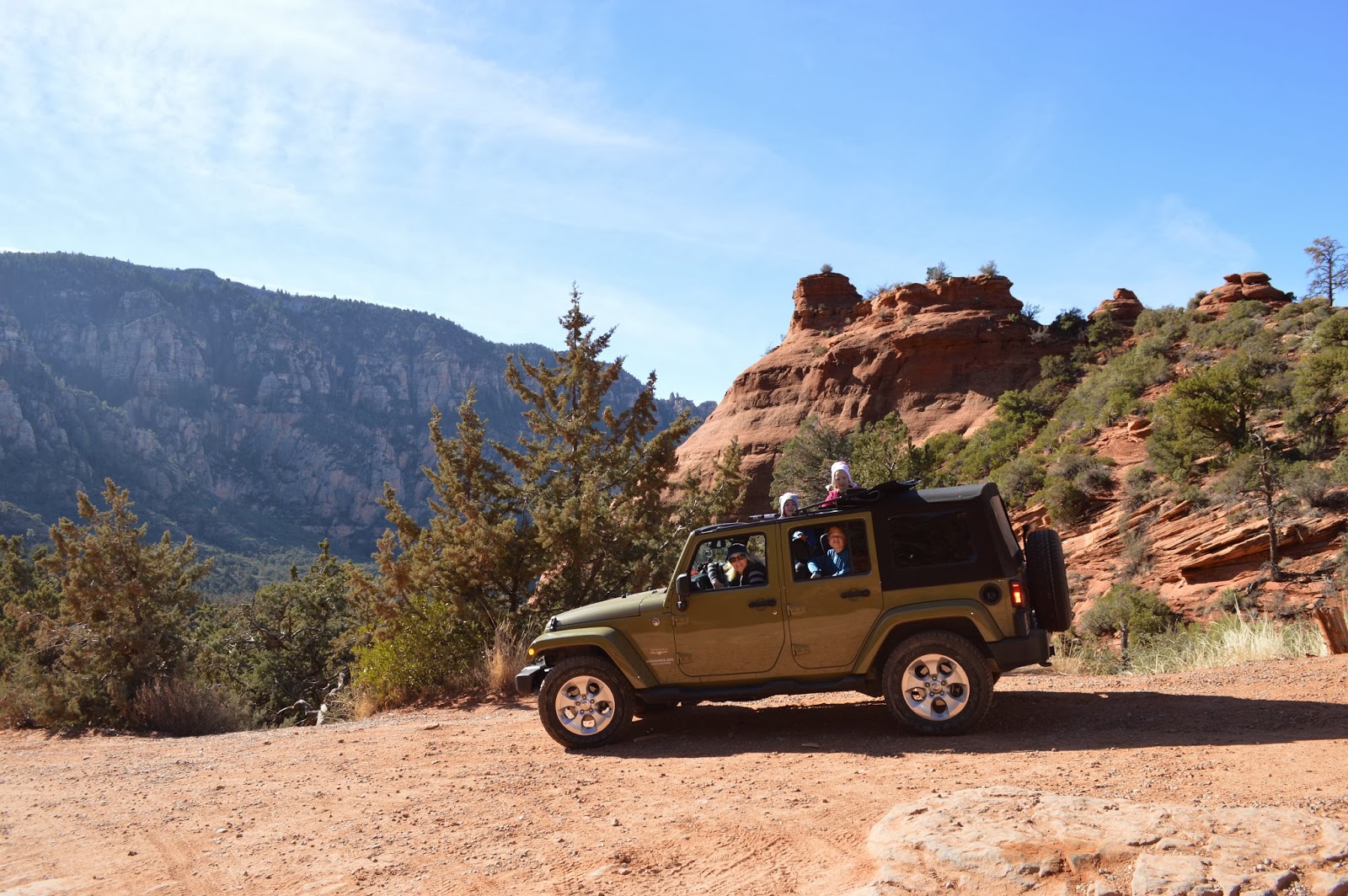 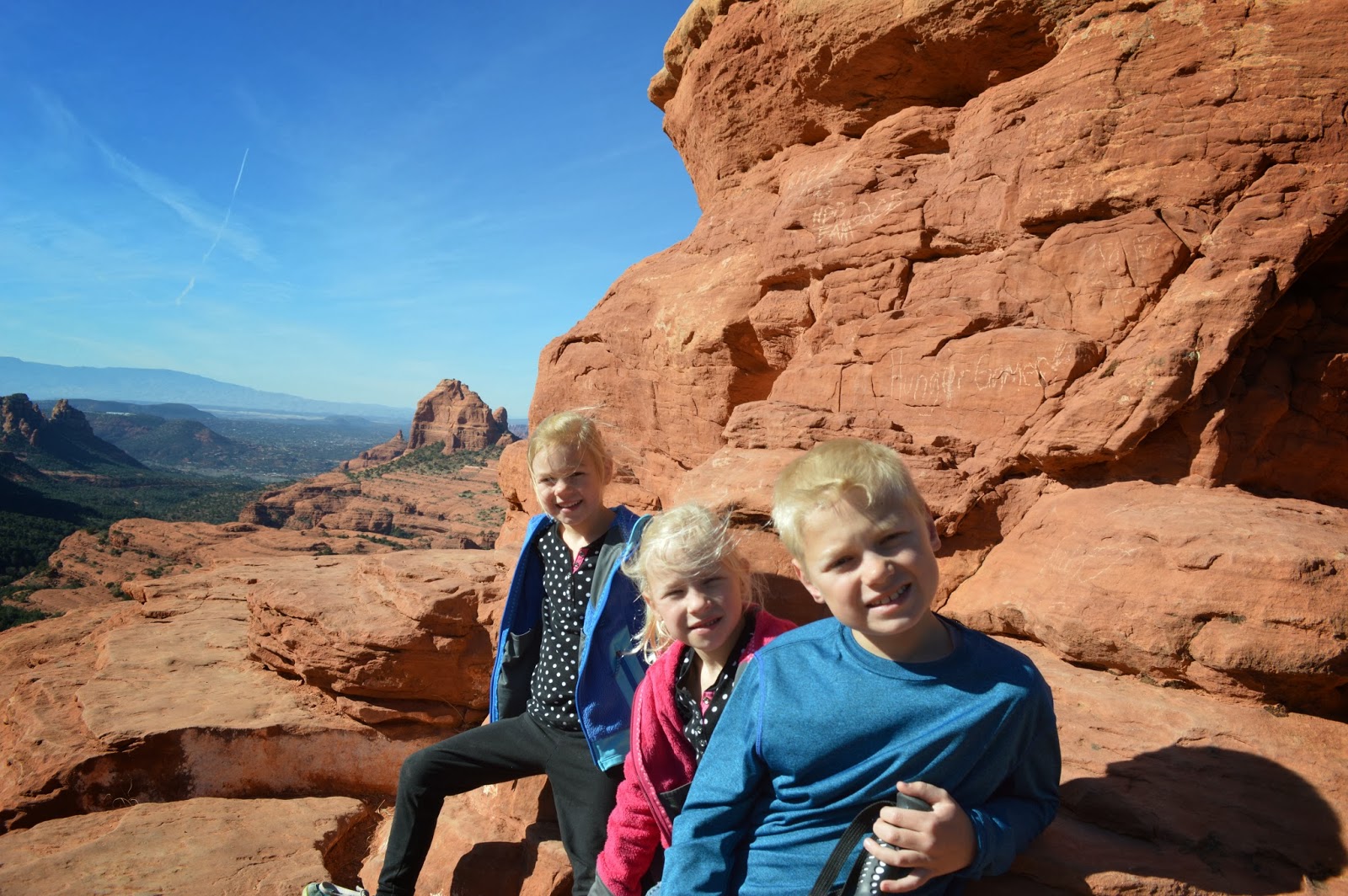 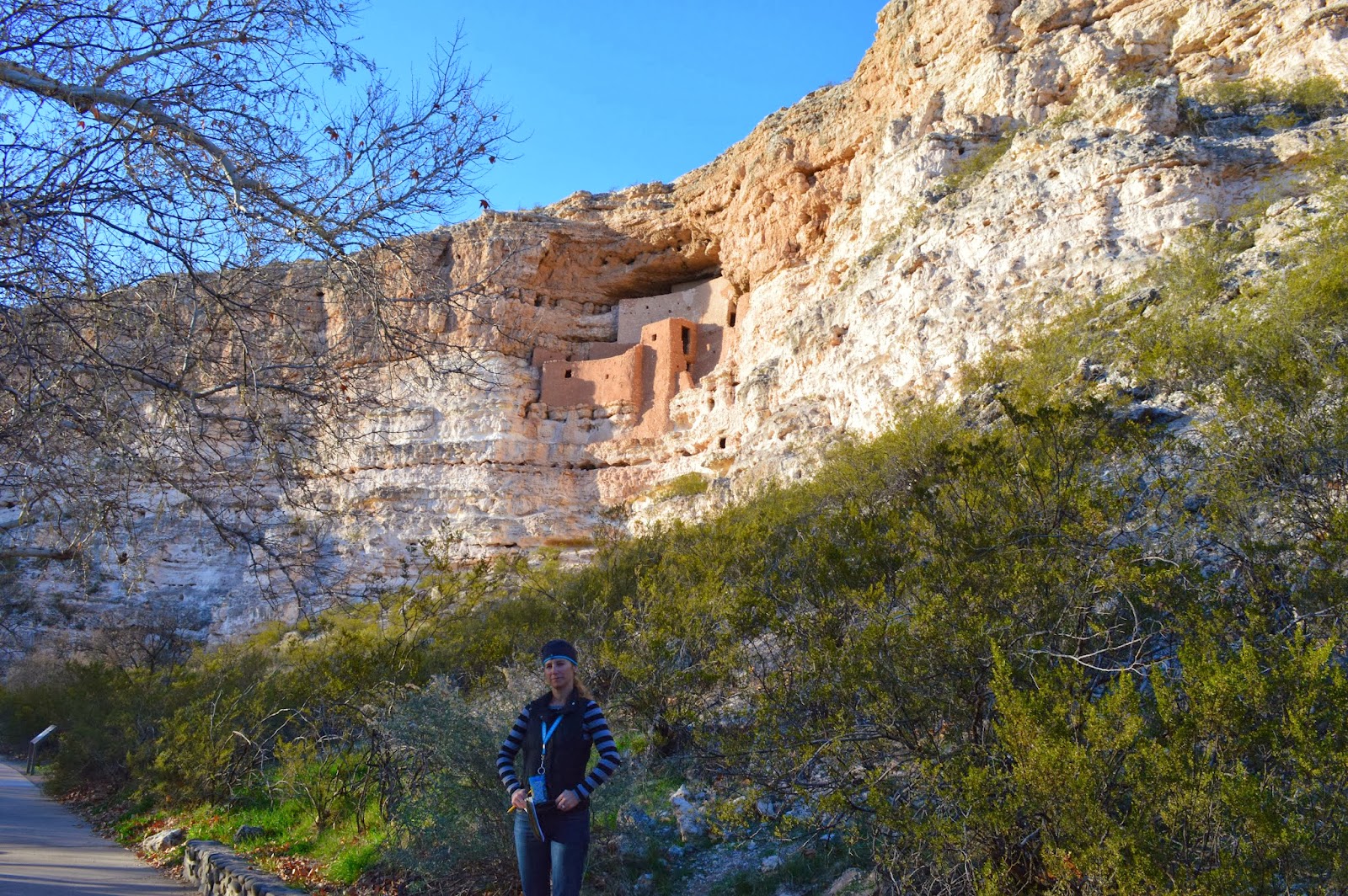 And yesterday we were fortunate to be able to catch up with some long time friends, the Whitfield family.  We met Eric the day we first met each other in England.  Jason was with Eric a couple years later the day he met his wife Sheryl. They have two sweet girls and it was a treat to spend time with them. 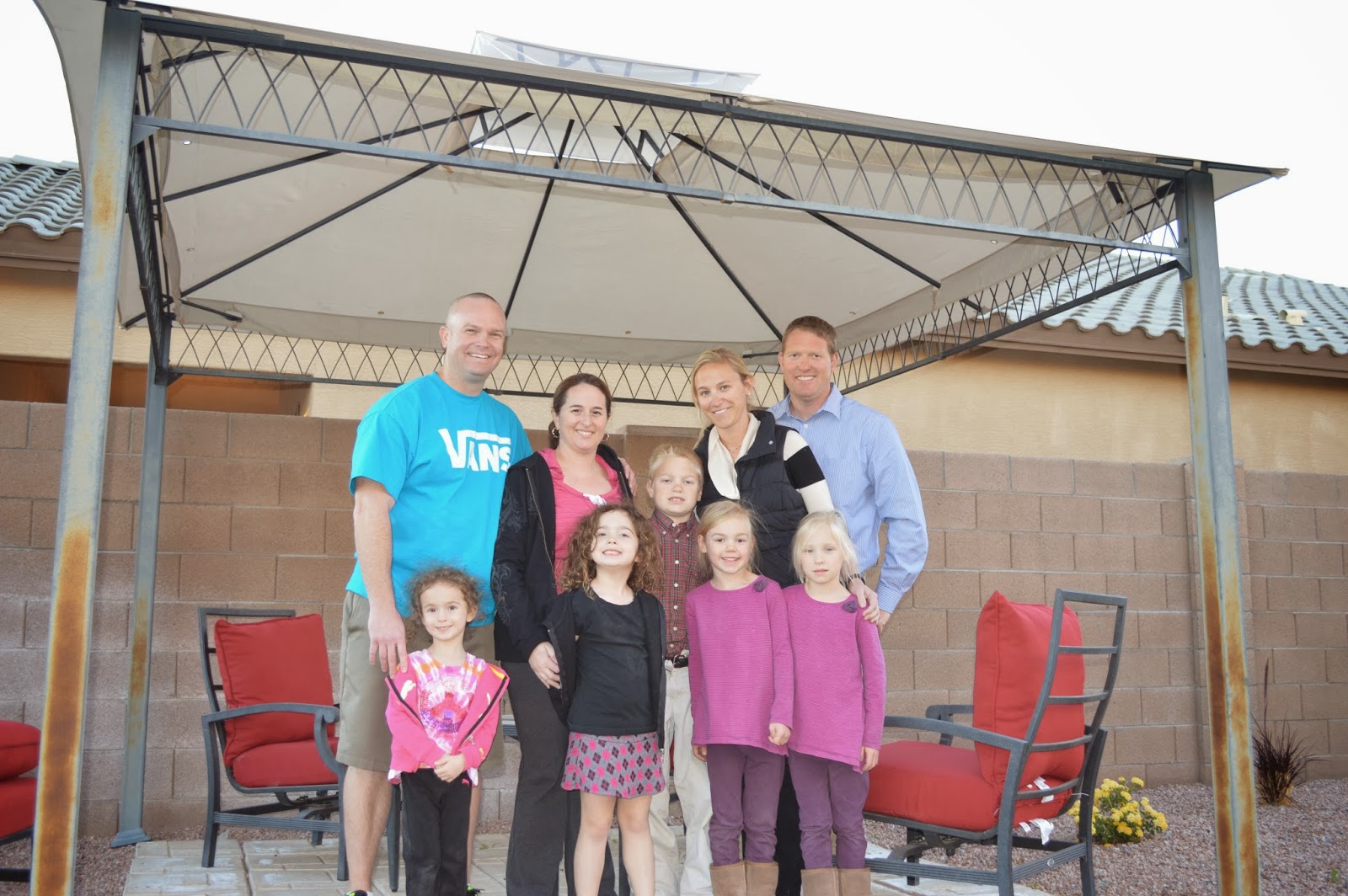 We know it's painfully cold in the places our family and friends are located.  We think about you often....and will try to send some warm weather your way.  We will be in Case Grande for another week or so and then head southeast through NM and the big state of TX. God's blessings as you start out in this year of 2014!!